Outdoors Apeksha Bhateja These Animals Are Almost Impossible to Spot See in the Wild. Here's How I Saw 3

A self-drive safari can offer an alternative to a luxury safari lodge experience—and some close encounters of the wild kind.

As the sun goes down, the bushes light up with eyes caught in the beams of my torch. They’re alarmingly big and alarmingly close. “Hyenas,” my traveling companions say, though everyone is thinking “lions.” In truth, we have no idea.

Ours is the only tent within shouting distance. We’re camped at one of the three public campsites of the Mara Triangle in Kenya’s Masai Mara National Reserve. There’s no fencing, no facilities, no running water, and no security. We are quite alone. Apart from those eyes in the bushes.

When booking our trip, I scrolled through photos of fancy safari lodges with four-poster beds and hot showers boasting views of elephants roaming the savannah. They looked incredible, but after a lifetime of independent travel I wanted to find another way, and, frankly, I couldn’t afford it. The average safari costs over $400 (USD) a day. Budget lodges and tented camps do exist, but they’re located outside the reserve, so while you benefit from a roof (or canvas) over your head, each day you have to join a game drive to get into the actual park. 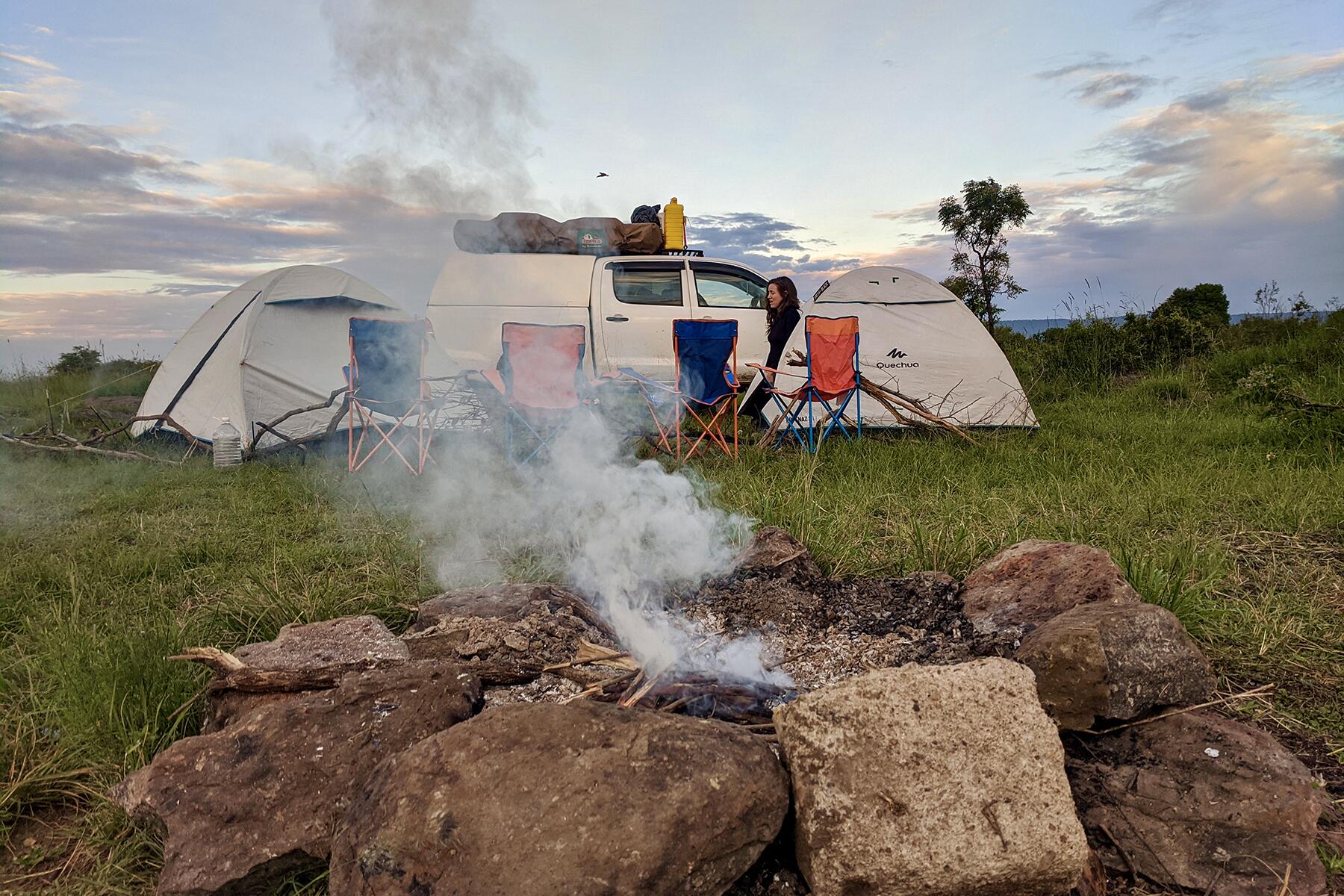 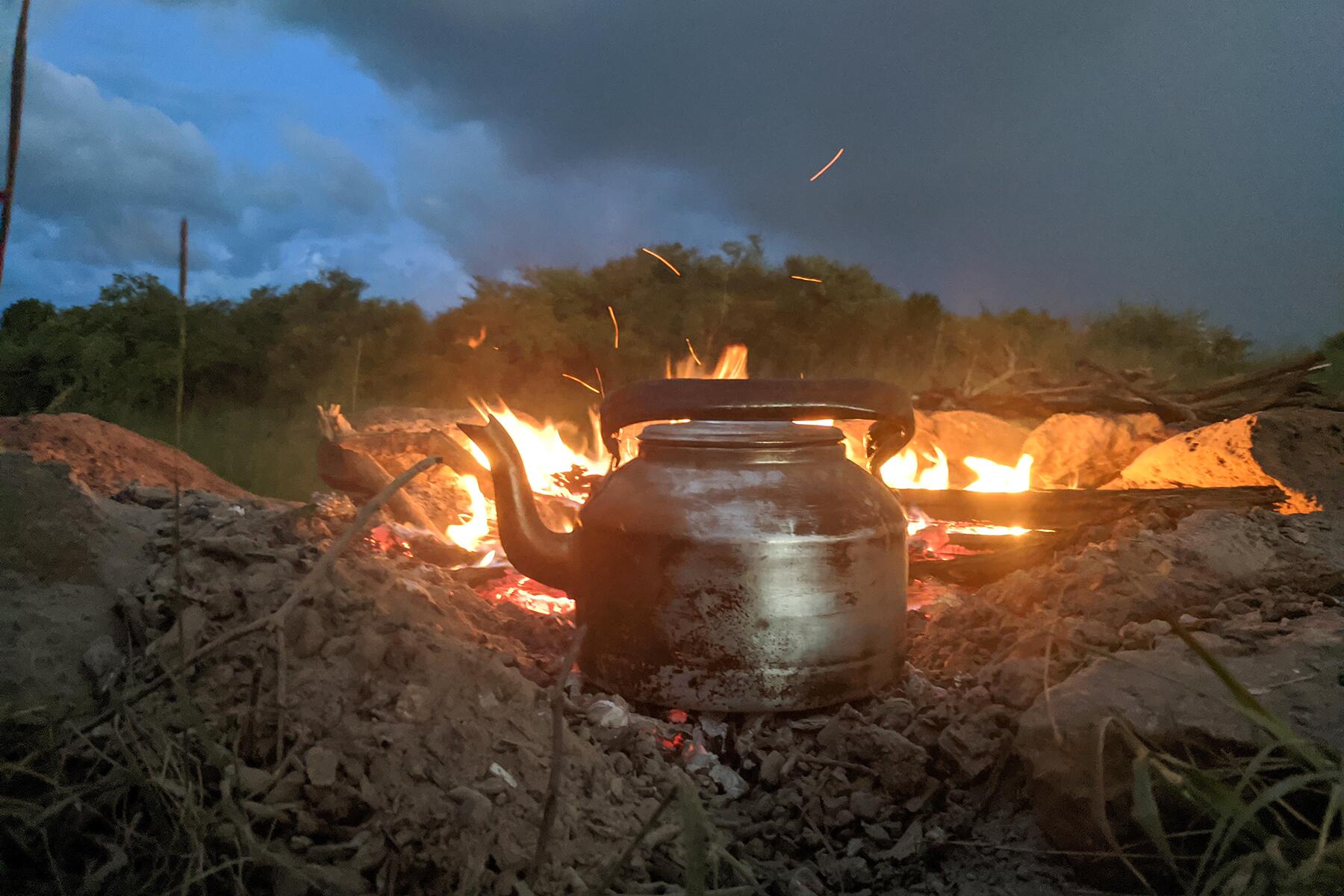 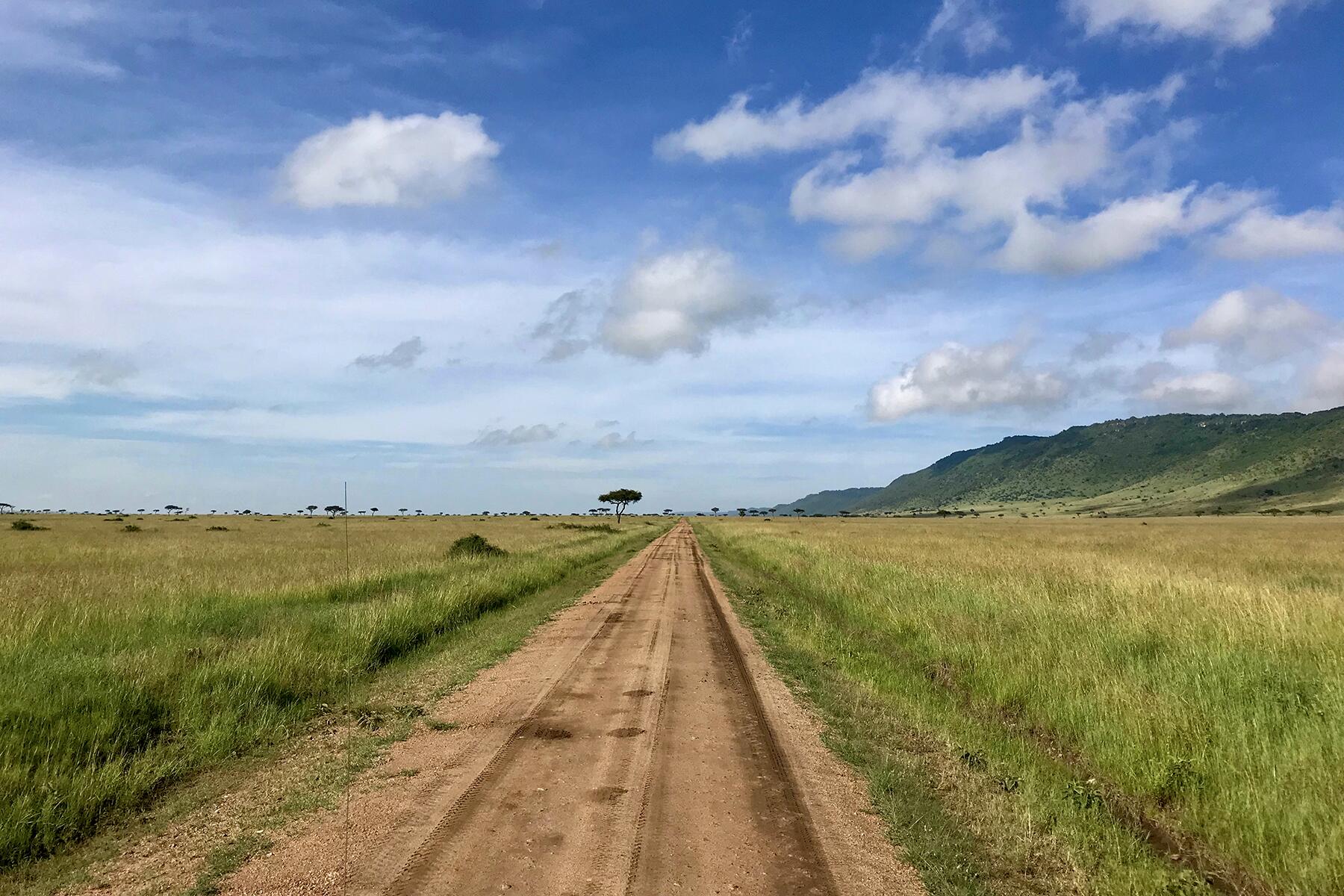 A self-drive safari offers an alternative. It isn’t cheap—prices for a 4×4 with Road Trip Africa begin at $99 a day with camping gear rental an additional $5—but there’s no fear of being jammed on a minibus of khaki-clad camera-snapping tourists, plus you can sleep in the park itself.

Outdoors Apeksha Bhateja These Animals Are Almost Impossible to Spot See in the Wild. Here's How I Saw 3
Continue Reading Article After Our Video

The Mara Triangle, which is the northwestern third of the Masai Mara National Reserve, is a conservancy managed in a partnership between conservationists and the local Masai community. It’s harder to access and has fewer accommodation options—just a handful of public and private campsites, one lodge, and one luxury camp—making it less visited than the rest of the Mara despite the abundance of wildlife.

Before we pass through the park gates, we see zebras mingling with the Masai’s cattle and a few wayward wildebeest who lost the instinct to migrate. At the park gate, we pay the park fees ($80 per person, per day for non-residents). I ask the rangers if it’s safe to camp in the public campsites, and they reassure me there’s not been an incident…yet.

On our way to the campsite, we stop for lunch at a designated picnic spot, where a gang of monkeys attempts to sabotage our sandwiches. After lunch, we walk to a lookout over the Mara River, where a pod of grumpy hippos nap in the murky water. This is the same river the wildebeest gallop across during the Great Migration.

By the time we reach the campsite, the sun is lowering in the sky. We were slowed by a parade of statuesque giraffes taking their sweet time to cross the path and an errant Cape buffalo, magnificent in his refusal to budge. The track to the campsite tests our 4×4, but we make it and eagerly jump out. This is what we’ve come for: just us and the sun setting over the savannah as far as we can see.

We race to pitch our tents before nightfall, make a fire, and cook dinner. We’d carefully planned our supplies for each day, including firewood. By the time we sit down to eat, it’s dark and we’ve ascertained that those eyes belong to a fearless pack of hyenas. We tidy away our supplies, and then climb into our respective tents, because what else can we do? 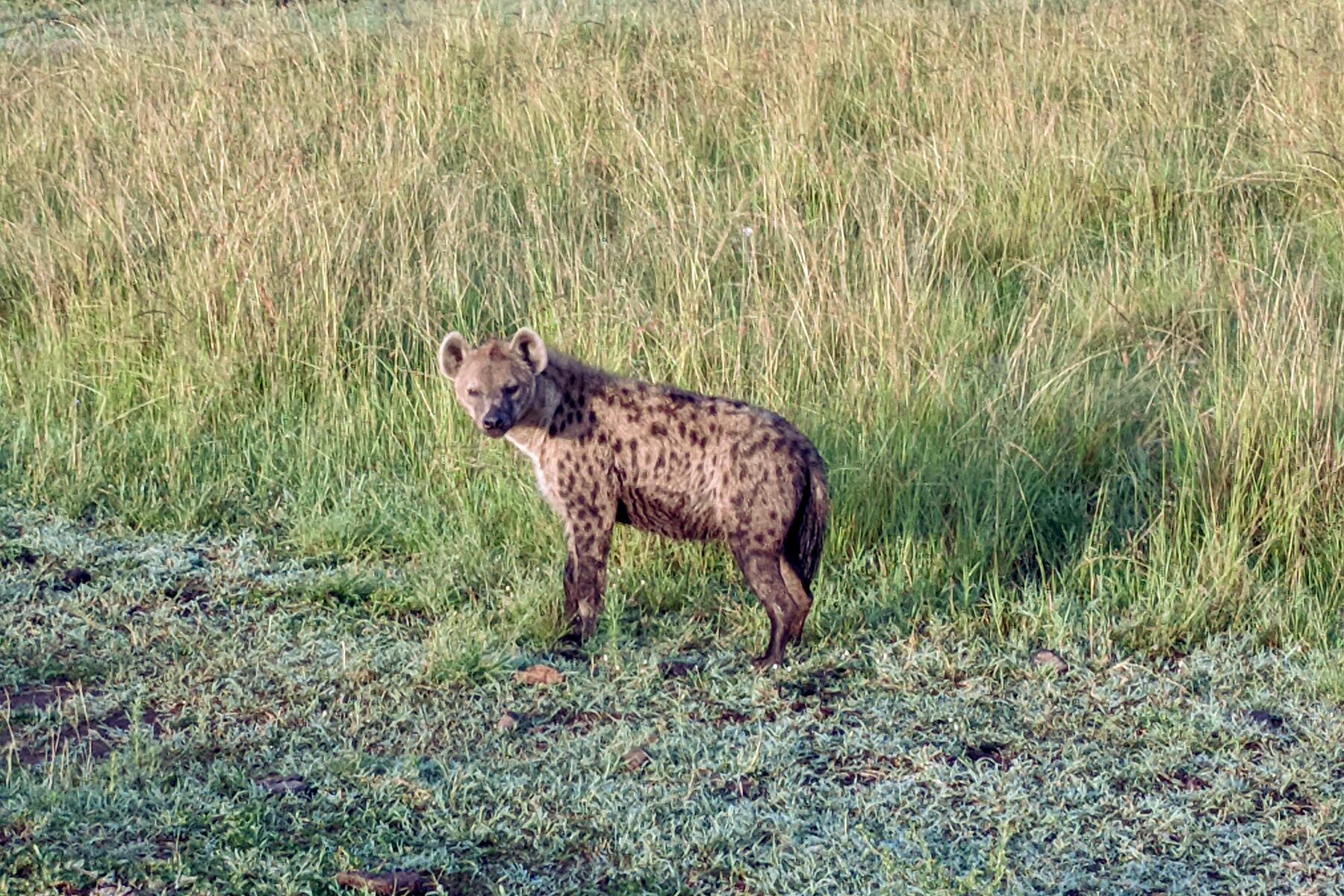 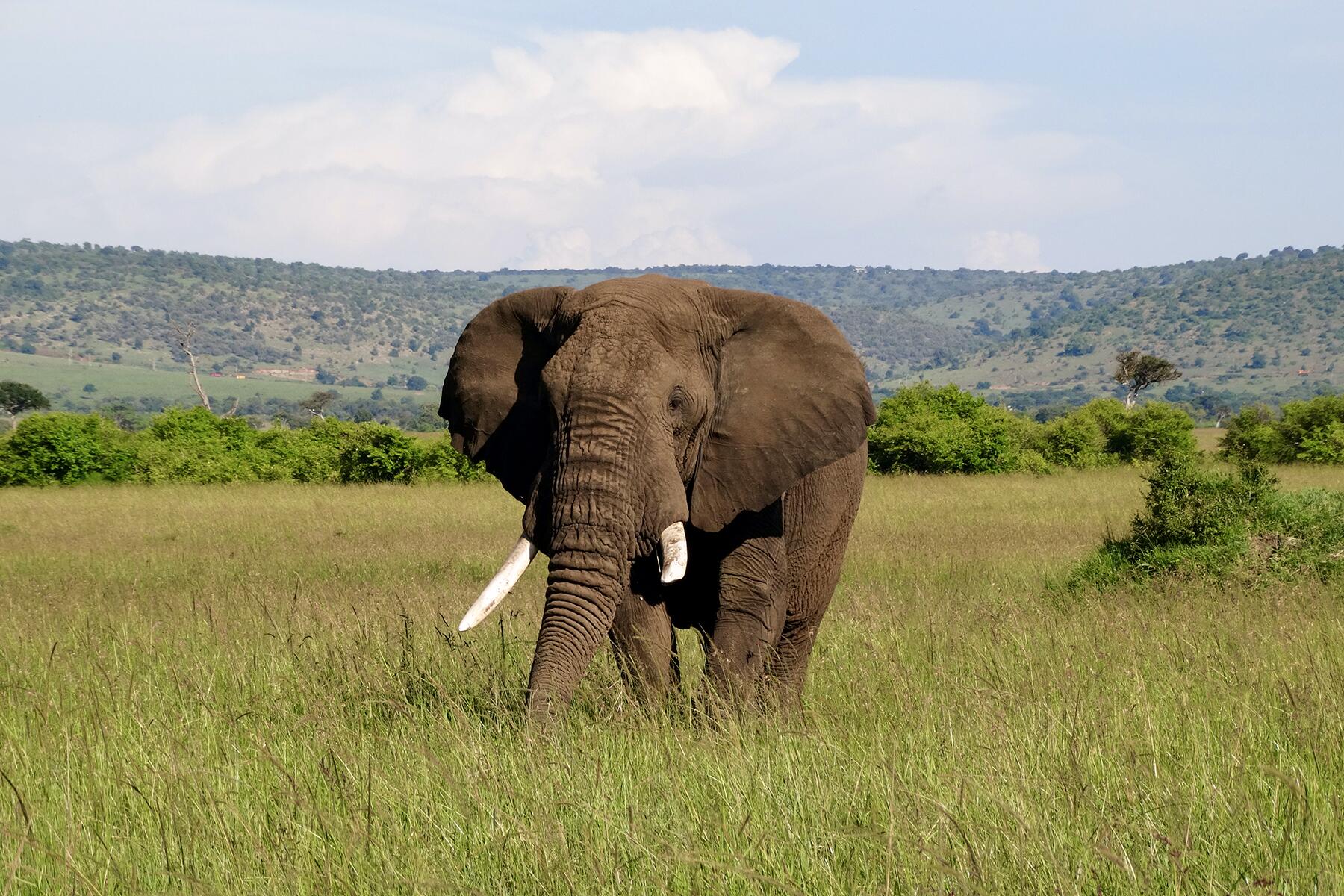 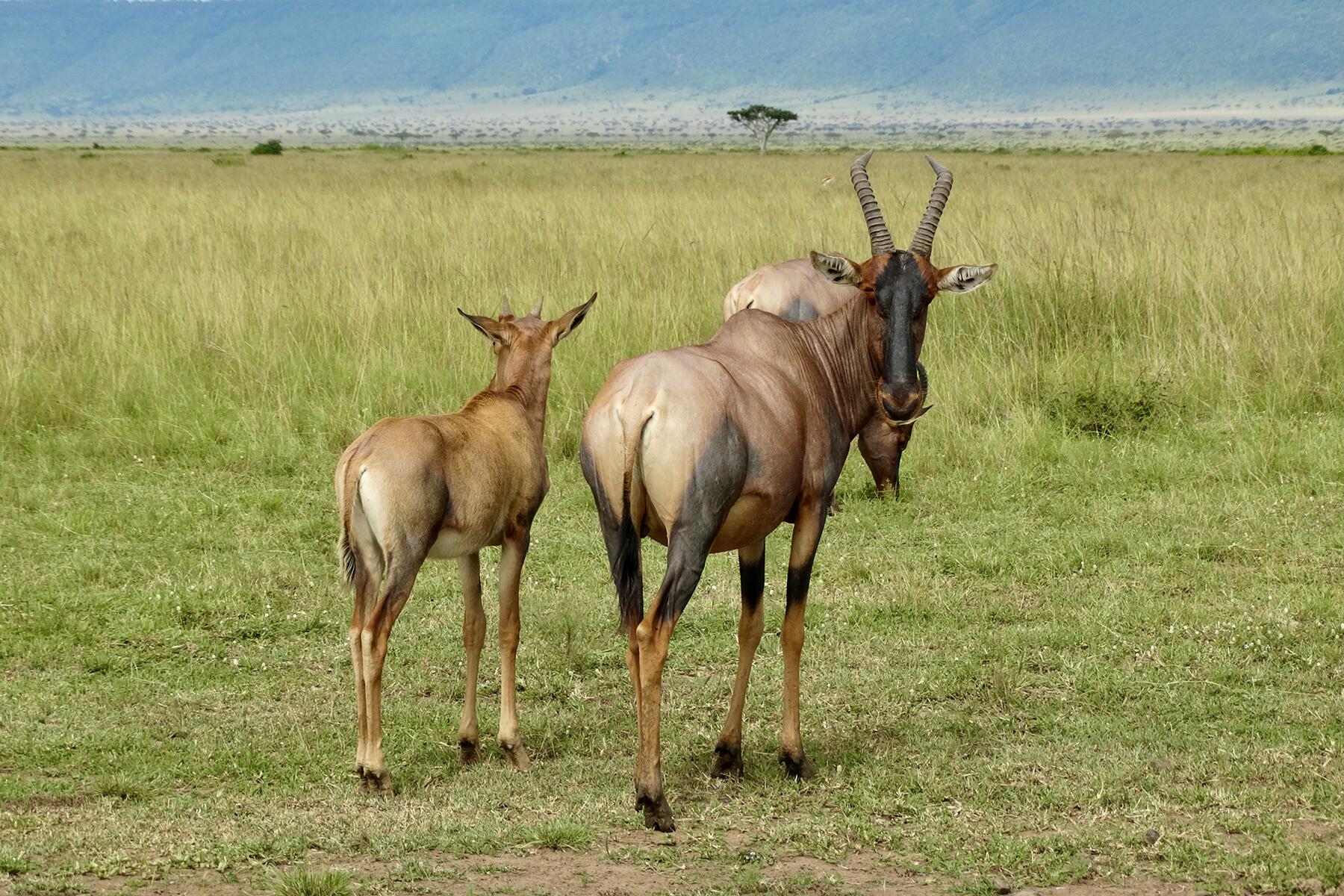 Moments after we turn out the torch, I hear a terrible sound right by my head. Some deep instinct tells me, without doubt, it’s the sound of a hyena’s slobbering jaws preparing to eat me.

“I can hear it breathing,” my husband says.

I remember David Attenborough saying a hyena’s teeth are strong enough to bite through bone—and only the thin nylon of our tent stands in its way. Another hyena brushes past the other side—we are surrounded.

“I’m frightened,” I say, feeling my heartbeat in my chest.

A voice calls out from our companion’s tent: “What should we do?”

My husband shouts back, without irony: “Stay in our tents!”

Not long after, we hear the guttural, low-pitched roar of a male lion in our vicinity—and I immediately fall asleep in some maladapted fear response.

I’m woken at dawn by a crash. We unzip our tent. I remember reading hippos pose the greatest threat; they kill 500 people a year. But the crashing is not a rampaging herbivore, it’s an elephant emerging from the nearby woodland in the early morning light. We watch, silent, mesmerized.

Without debate, in the morning we drive to the Mara Conservancy HQ and arrange for two rangers to provide security for the night. We learn it’s compulsory for anyone in a private campsite; it’s unclear why they’re happy to let those on public campsites face the wilderness alone. The fee is set by the conservancy at KSH 2000 (around USD 20) each per night, a very good value for the peace of mind the rangers provide when they arrive with guns they don’t use on animals, but some very handy strobe flashlights to keep the hyenas at bay. The rangers point out the prints of the lion that visited us the night before. 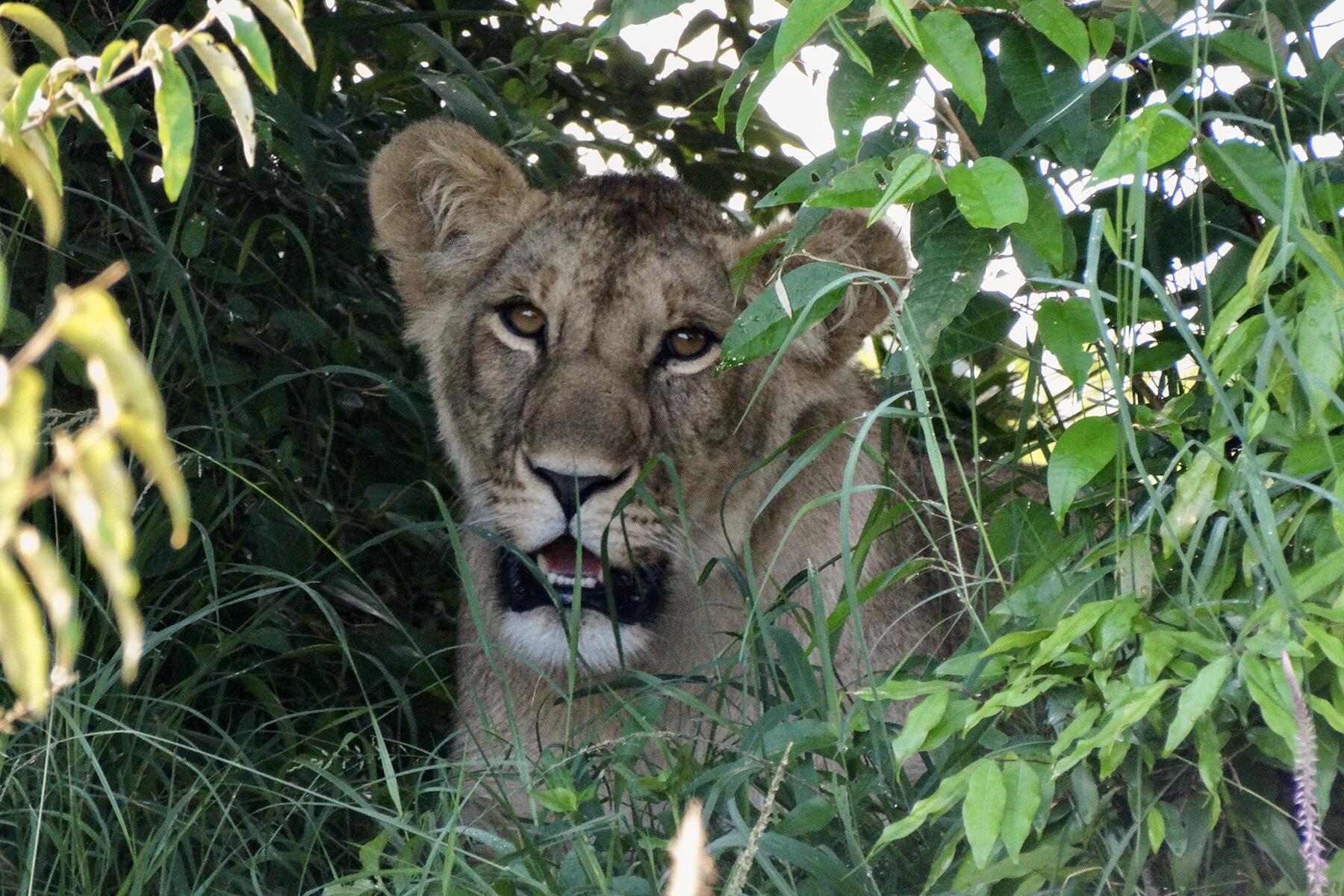 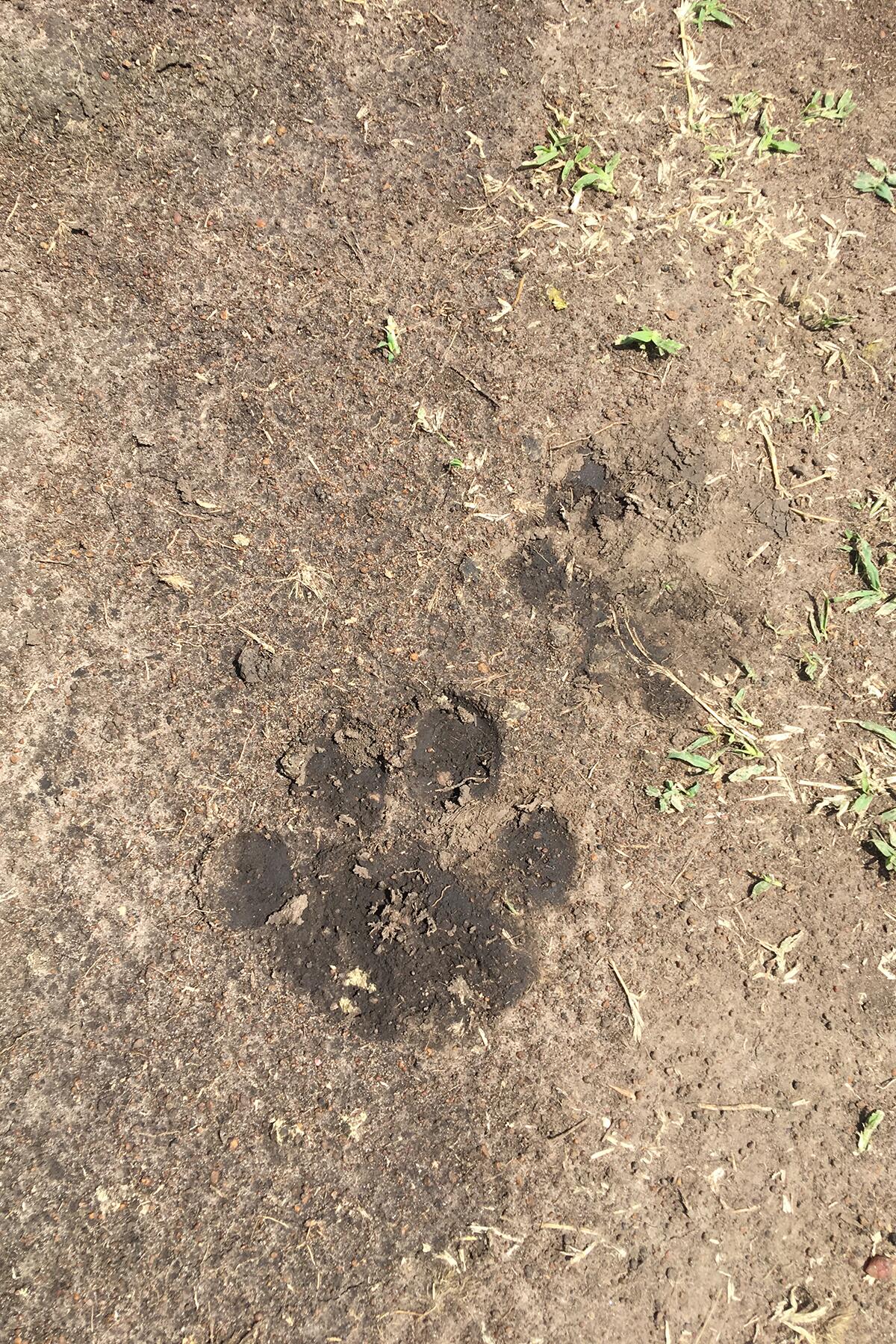 Later, I talk to Joseph Lenkume, a warden with Mara North Conservancy, and he tells me hyenas are common around the campsites and not actually a threat. Most problems campers encounter are from human error: not bringing the right supplies, pitching too close to a wildlife corridor, and careless fire management. He also emphasizes the importance of keeping your tent closed at night to not tempt passing predators. Lion attacks are rare, especially if park rules are followed.

Each day we set off in search of game, eyes pinned to the windows, binoculars ready. One disadvantage of a self-drive safari is trying to find the animals without the wisdom and experience of a guide. At first, we follow other vehicles assuming they know more than us, but this proves awkward.

But soon it’s like our eyes adjust and we can distinguish the flick of a tail from a blade of grass. We learn some tricks, too: in the heat of the day, lions rest in the shade of the bushes; cheetahs, notoriously hard to spot, drag their kill into the branches of the acacia trees; and just before dawn, predators return from their night’s hunt. We spot a family of ostriches racing along the Tanzanian border dashing into the Serengeti beyond and we delight at the discovery of the lilac-breasted roller, a bird of such radiance it’s enough to turn anyone into a bird-spotter for life. Each sighting is sweeter for being ours. Though, it was a generous ranger who pointed us to our most rare sighting of all: a black rhino, his horn distinct amidst the golden grasses.

In the self-drive safari, I found that independent alternative I was looking for. It offers the freedom to start and finish when you please—to take your time. In these days of social distancing, it’s also an adventure requiring no close social contact. With Kenya’s tourism industry devastated by the pandemic, the parks need revenue to protect their conservation efforts and support the communities that surround them. Wild camping may be a no-frills experience—get used to digging a hole each time you use the “bush toilet”—but it puts you in the heart of the wildness you’ve come to see, hyenas and all.

I’ll make a confession: on our final day, dusty and exhausted, we bought a visitor’s pass for KSH 1,000 (USD 10) to the lovely Mara Serena Safari Lodge to have a cooling dip in their pool, a cold beer, and, finally, a shower.

Three rookie African safari mistakes. First, there are no wild Asian or water buffalo in Africa, only Cape Buffalo. There are some domesticated water buffalo along the upper Nile River.  Second, there are also no Australian emu in Africa, but lots of native ostrich. And third, cheetahs are built for speed, not climbing and certainly not with the extra weight of a kill. Leopards very commonly do take their prey into a tree to avoid loosing it to lions, and it's typically much harder to find leopards on safari than cheetahs.