Coronavirus David Silverberg Are Your Kids Heading Back to Summer Camp? Here's What You Need to Know
Home  >  News   >   World’s 6 Spookiest Cemeteries for Halloween

What could be spookier than traipsing through a graveyard on All Hallows Eve? Visit one of these six famous cemeteries—all top attractions as the final resting places of several famous people—for a dose of fright-filled fun. 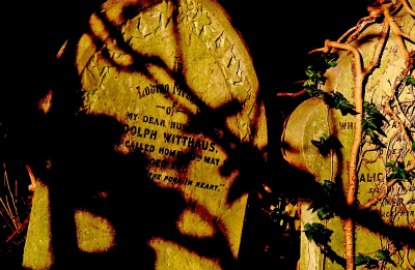 
Who’s Here: A popular Victorian-era burial ground, Highgate Cemetery boasts intricate headstones and grand tombs. Among the dead are Karl Marx, George Eliot, and ex-KGB officer Alexander Litvinenko, who was killed with polonium and is entombed in a lead coffin to prevent radiation from leaking out.

Ghoulish Details: The high-Gothic setting, replete with ivy covered tombs, shadowy woods, and decaying statuary, has served as a location for "Abominable Dr. Phebes," "Taste the Blood of Dracula", and other cult horror flicks.

Who’s Here: Entombed at Pere Lachaise are some of the 19th and 20th centuries’ greatest writers, actors, composers and artists, including Frederic Chopin, Marcel Proust, and Oscar Wilde, along with Sarah Bernhardt, Maria Callas, Edith Piaf, and Jim Morrison.

Ghoulish Details: Come the day after Halloween—All Saints Day—and join Parisians as they pay homage to the dearly departed and lay wreaths on tombs.


Who’s Here: You may—or may not—cry for her, but the main attraction at Cementerio de la Recoleta, a sprawling "city" of mausoleums, is the crypt of the legendary Eva "Evita" Peron.

Ghoulish Details: La Recoleta is also the burial spot for Rufina Cambaceres, a 19-year-old epileptic who woke up in her coffin after being mistakenly buried alive and died while trying to scratch her way out.


Who’s Here: With its 478 acres of rolling green space, Green-Wood proved a popular outdoor gathering spot for Victorians, and in 1860 had roughly half a million visitors per year. Its celebrated ranks include Leonard Bernstein, Jean-Michel Basquiat, and Horace Greeley.


Who’s Here: The city’s oldest cemetery, located just north of the French Quarter, St. Louis Cemetery, No. 1 offers a prime example of the above-ground crypts used in the early 19th century. Because of the city’s high water table, buried bodies would float up during downpours.

Ghoulish Details: Don’t get on the wrong side of Marie Laveau—the Crescent City’s most notorious voodoo practitioner—who is buried at this historic site.

Visiting one of these sites soon? PLAN YOUR TRIP with our destination guides: