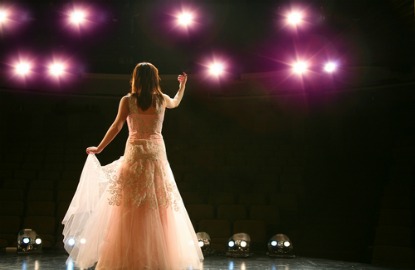 A night out at a Broadway show, opera, or concert can easily set you back a cool Benjamin (or more). While students and seniors can often catch a price break, finding discounted seats requires a bit more digging for the rest of us. Read on for some terrific tips on snagging great seats and getting cultured on the cheap.

Rush Tickets: It Can Pay to Procrastinate

Sometimes the late bird catches the worm, too. Rush tickets are a great solution for travelers who are spontaneous or just plain patient, and are willing to wait to the last minute for affordable seats. We've seen rush ticket offers on New York's Great White Way priced from as little $26.50, while London’s West End has similarly priced offerings. Tickets are limited, though, so queuing well before the box office opens is highly recommended.

For the more risk-averse, TKTS is a reliable source for same-day deals to musicals and plays on Broadway, off-Broadway, and in London’s West End. Unfortunately, hit shows like Wicked, The Lion King, and The Book of Mormon have yet to receive the TKTS treatment, since they still have strong sellout power all on their own. However, plenty of other popular, critically acclaimed, and classic productions are available daily for 25 to 50 percent off. The main TKTS booth in New York City is located in Times Square, while the TKTS booth in London is in Leicester Square.

For opera, ballet, and symphony performances, the majority of available rush tickets are set aside for students and seniors. However, a number of renowned institutions around the world slash ticket prices for all to enjoy. For example, New York’s Carnegie Hall sets aside about 40 balcony seats per concert to sell for just $10. However, people have been known to stand in line for up to four hours to snag such seats for popular Carnegie performances. Needless to say, arrive early to avoid disappointment.

Other notable rush ticket deals include:

Orchestra Open Rehearsals: Start Your Day on a High Note

Attend an orchestra open rehearsal for a deal that's music to our ears. During these morning practice sessions, you can get an intimate look at a conductor at work with his musicians. One downside to attending a rehearsal is that, well, it’s a rehearsal. Attendees will most likely hear certain passages and pieces played multiple times until the orchestra gets it just right. Nevertheless, it truly is a unique experience to see how a world-class orchestra prepares and perfects itself for a concert.

Some of the deepest discounts require a little bit of luck. The Metropolitan Opera in New York City holds a drawing every Monday for $25 tickets to performance on that Friday and Saturday. Winners are notified the following day. These seats are located in the Orchestra and Grand Tier sections, which means prime viewing spots and discounts of at least 80 percent.

A number of musicals also hold lottery rush drawings from 1.5 to 2.5 hours before the performance starts. Some lotteries, including those for the NYC productions of Wicked, Godspell, and Priscilla Queen of the Desert, are for front row or special side-stage seats. The drawings are free to enter, and winners pay anywhere from $26.50 to $40 for great seats.

Standing Room: Views That Are Heads Above the Rest

Cheap Seats: Get Your Foot in the Door

For those who prioritize general experience over good views, opt for cheap seats. At London’s Royal Opera House, for instance, restricted view seats for the opera and ballet start at under $7. At the Paris Opéra, nosebleed seats can be had from under $7, while the cheap seats at the legendary Teatro alla Scala in Milan are only $16. The best part is that these tickets can be booked in advance; just don’t forget to pack the binoculars.

Free Concerts: Some Things in Life Are Free

Yes, some things in life are still 100 percent free. Add the Kennedy Center to the long list of complimentary activities in Washington, D.C. Its Millennium Stage boasts bragging rights for being the only venue to offer free performances every single day of the year. The entertainment ranges from theater to dance to classical and popular music, with performances starting at 6PM.

Also be sure to check out event calendars at renowned art schools and conservatories. Students often hold free or cheap performances and recitals, and if you’re lucky, you just might get to see a future star on the rise.