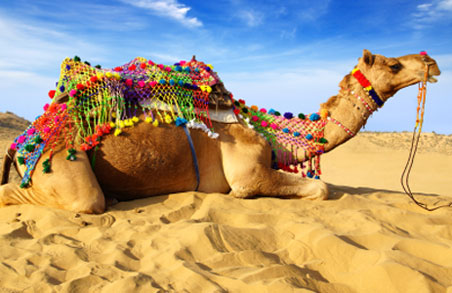 Think you’ve got the best hairstylist in the world? Find yourself in India’s Thar Desert for the annual Bikaner Camel Festival (this year, January 26-28) and you’ll rethink that at the sight of the camels’ haircuts.

Every January, camel owners from all over the desert state of Rajasthan come to the colorful celebration of the hardy humped animal that has made this remote region of northern India less of an isolated place. While these sturdy animals, called the "ships of the desert", still get loaded with cargo for long desert treks, they come into their own once a year during the spectacle.

It all starts with a procession of camels from all over Rajasthan, decked out with multicolored bridles, bejeweled necks, and jingling anklets. During the camel pageant, the proud owners show off their camels’ decorations and jewelry. Highlights include camel dance and acrobatics performances, with the surly creatures displaying intricate footwork and graceful movements directed by their owners.

There are also tug-of-war contests, neck-swaying camel races, and competitions for best fur-cutting design, camel milking, and best camel haircut. Don’t miss the Mr. Desert contest, where the local men compete for the trophy of the best turned-out man—they are judged by their moustache, turban, ornaments, and overall appearance.

Throughout the festival, visitors can enjoy tea and sweets made of camel milk and participate in a variety of village games. Evenings feature folk performances such as skirt-swirling dances and fire dances.

The opening and closing ceremony is typically held in the fortified desert city of Bikaner, home to India’s only camel breeding farm, with a fireworks display that illuminates the desert skies around Bikaner in a grand finale. This year, the opening festival is held in the village of Ladera, located 45km from the town of Bikaner, with the closing ceremony in the town itself. 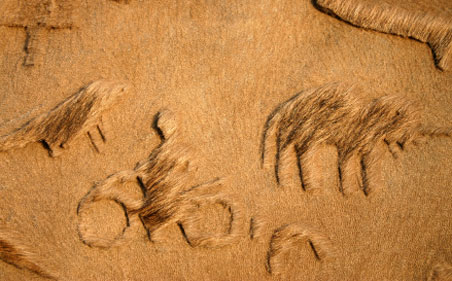 While you can attend this man-and-animal affair on your own steam, you get many perks if you book a bespoke itinerary with Micato Safaris. Veritable India insiders, they can arrange one-of-a-kind experiences, such as high tea with the Princess of Bikaner (provided she’s in town).

Where to Stay: Your best bet is Gajner Palace, a 6000-acre lakeside palace-complex, a heritage property originally built by a Maharaja on the edge of a lake. A half-an-hour’s drive away from Bikaner, it offers nature walks, desert safaris, sanctuary dinners, and boat rides.

Insider Tip: Pack woolens, as mornings and nights in the desert tend to get pretty chilly.