Everyone thinks summer is the perfect time to vacation, but adventurous travelers know that it’s actually winter that brings out the best in many of the world’s top destinations. For sheer visual drama, exciting day and night activities, and photo-ops galore, here are seven winter wonderlands where sub-zero cold is super hot. 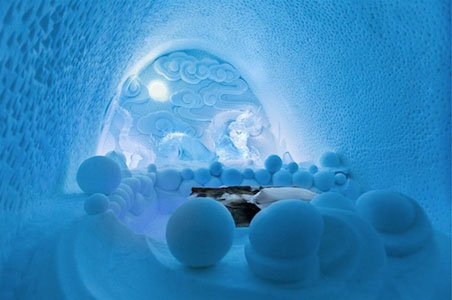 An Overnight in the Icehotel

A shimmering confection of cold, the world’s original chilled-to-perfection IceHotel is constructed entirely of frozen water from the Torne River. Located in Swedish Lapland, it has been carved and polished to a surreal sheen for the past 23 years, with snow rooms, ice rooms, and elaborate "Art Suites" created by individual artists. Before calling it a night, down shots of Absolut vodka in the IceBar or even get married in the Ice Church. Then it’s off to one of the 23-degree rooms and into down-filled mummy sleeping bags. Brrrrrr-illiant! Rooms, from $192-$645/night. 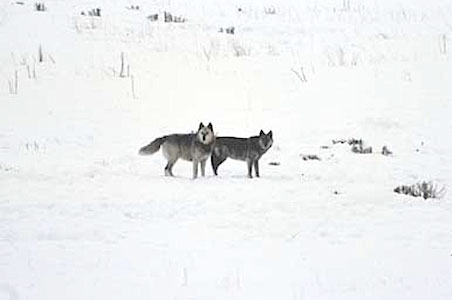 We all know Yellowstone National Park as a summertime favorite. But it is equally mesmerizing in winter when splendid wildlife and geothermal wonders are backed by a landscape dusted with ethereal white. During Safari Yellowstone’s Wolf & Wildlife Safari or Snowcoach Safari you can spy on elk, bison, wolves, big horn sheep, otters, and more from the comfort of heated vans mounted on rugged treads. And yes, Old Faithful doesn’t mind the cold and snow either. Tours, from $125 per person.

Insider tip: Get in some excellent downhill skiing at Wyoming’s Jackson Hole Mountain Resort, located about 90 miles from Yellowstone National Park’s South Entrance. The resort is renowned for its expert and intermediate trails and for its cowboy-centric bars and nightlife. Lift tickets, from $68 per person. 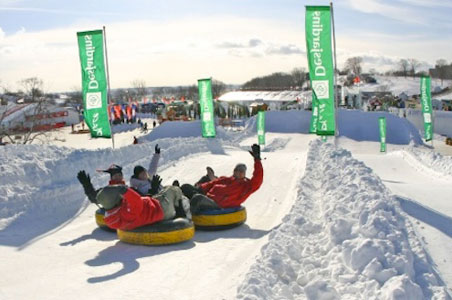 A Trip to Winter Carnival

Who knew so many people could find so many unusual ways to enjoy ice, snow, and stinging cold temperatures? But the residents of charming Quebec City, in Canada’s French-speaking Quebec province, revel in celebrating all things white and frozen for two weeks each February (Feb. 1-17, 2013) during their Winter Carnival. Join in the fun (ice sculpting, dog-sledding, ice canoe racing, bathing suit races, a nighttime parade, and more) with a stay at the atmospheric 120-year-old Fairmont Le Chateau Frontenac, where there’s a skating rink and toboggan hill just outside the front door. Rooms, from $199/night.

Insider tip: While in Quebec City, you can also spend a night in its version of an ice hotel, Hotel du Glace. This one, located 10 minutes from downtown, features 44 individually designed rooms, a bar, chapel, and more. Rooms from $399/night include breakfast, dinner, and activities. 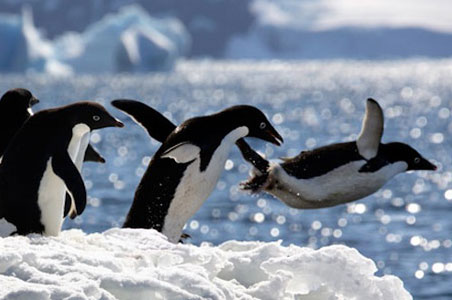 An Expedition Cruise to Antarctica

Yes, winter here is summer there, but the air is still pretty nippy in unpredictable Antarctica, which is accessible to tourists solely from December to March. You’ll cruise from Tierra del Fuego’s Ushuaia, the southernmost city in South America, on a voyage across the Drake Passage and into the Southern Ocean (Lindblad Expeditions, Abercrombie & Kent, and Quark Expeditions each offer 12-24-day itineraries). Prepare to have your mind blown by a flotilla of Windex-blue icebergs and parades of amusing penguins. Cruise fares, from $11,395 per person.

Insider tip: While this far south, include a visit to (and hike on) the magnificent glaciers of Argentine Patagonia. For easy access and visual drama, check out Perito Moreno Glacier near El Calafate, where you can overnight (and enjoy a panoramic glacier view) at Hosteria Los Notros. Check online or call for rates. 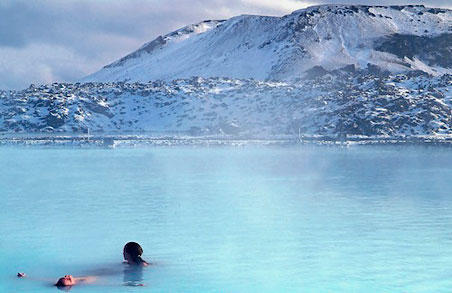 A Dip in the Blue Lagoon

Even during summer this otherworldly azure lagoon—created naturally as geothermal seawater meets freshwater in Iceland’s porous volcanic rock—is surreal. But in winter, when the landscape in Iceland is shrouded in 18-21 hours of daily darkness, the Blue Lagoon is a steamy fantasyland of wellness that you won’t want to emerge from. Located just outside the capital, Reykjavik, the lagoon is a comfy 98-102 degrees and contains silky silica mud, which has healing properties for the skin. Entry, from $46 per person. 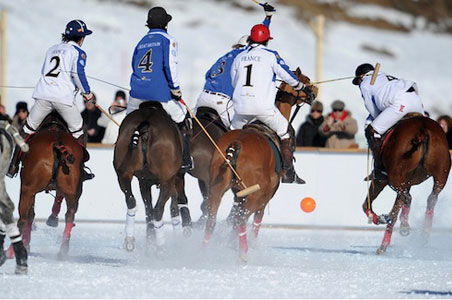 A Game of Snow Polo

In late January, the ritzy ski town of St. Moritz, Switzerland, invites four sponsored polo teams (including Team Ralph Lauren and Team BMW) to saddle up and gallop across snow-covered frozen Lake St. Moritz during the Polo World Cup on Snow. Over three days, the teams battle it out for the grand prize—the Cartier Trophy—while evenings are spent enjoying what St. Moritz is known for: indulgent food, wine and people-watching.

Insider tip: St. Moritz was the site of two Winter Olympic Games (1928 and 1948), so be sure to check out the retro-style bobsled run, which is the world’s last remaining natural ice run. 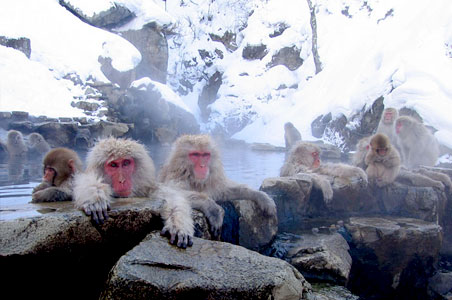 You don’t have to be human to enjoy a good soak. In the Jigokudani Monkey Park in Nagano, Japan, a group of Japanese Macaques (aka Snow Monkeys) has taken over a natural hot springs, where in winter they regularly bathe and groom each other while enjoying the steaming thermal water—much to the delight of camera-wielding human visitors. Admission, $6 per person.

Insider tip: Nagano was the site of the 1998 Winter Olympics and is home to dozens of ski areas, including Hakuba, which hosted several of the Olympic alpine events, and Nozawa Onsen Snow Resort, a classic Japanese resort, which in addition to skiing, has 13 soothing hot spring (onsen) baths—for humans, not monkeys.