News Larry Bleiberg You Can Finally Look Inside This Stunning D.C. Landmark. But Only for Another 25 Days
Home  >  News   >   Winter Destinations: Tucson 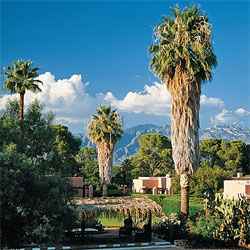 Tucson’s terrific weather, scenic beauty, history and culture make it a perfect winter escape. Expect temperatures in the mid-60s in January, and little if any rain. Rent a car. You’ll need your own transport to see the best of Tucson.

Day One: Tour Old Town. Start at the visitors bureau (130 South Scott Ave.), where you can pick up a walking-tour brochure. Make sure to wander around El Presidio Park and the Tucson Museum of Art (140 N. Main Ave.), directly across the street from the park. If modernism is your thing, you’ll love the museum. For lunch, pick any of the restaurants on nearby Congress Street.

In the afternoon, travel to Tombstone, a 90-minute drive from Tucson. Tombstone’s Main Street has been restored to its 1881 glory, which means you could almost expect to see Wyatt and Virgil Earp and Doc Holliday in the local salon. The original OK Corral is now an old-west museum and there are gunfight shows and stagecoach tours and all manner of touristy-traps. Kitsch, yes, but fun. Make sure to visit “Boot Hill,” the graveyard at the border of the town where 250 previous residents of Tombstone are buried. Few if any of them died peacefully of old age in their beds.

Day Two: Drive to the Arizona-Sonora Desert Museum, 14 miles west of Tucson. To get here, you’ll pass through a ”cactus forest” on the way. The Desert Museum is a cultural center, zoo, natural history museum, and botanical garden in one, with almost two miles of paths traversing 21 acres of beautiful desert. Have lunch at the museum’s Ocotillo Cafe, where the menu is Southwestern gourmet (try the broiled breast of chicken with blue corn bread stuffing and organic mache sprout slaw).

While you’re in the area, drop by nearby Saguaro National Park and visit the park zoo, where you can oooohhh and aaahhh over perky prairie dogs. There are a number of trails in the park. The Signal Hill Petroglyphs Trail is a quarter-mile walk that takes you to a site filled with dozens of ancient Indian art works. If you’re not in the mood for more walking, you can get a feel for the park by traveling the Bajada Loop Drive, which begins at the Red Hills Visitors Center and circles nine miles through the park.

Day Three: An hour south of Tucson is Nogales, Mexico, a popular spot with day-trippers from Tucson who like to hunt for bargains in local shops. Along the way, stop off at the Mission San Xavier del Bac, which has been described as the “Sistine Chapel of North America” because of the intricate paintings on the walls and ceiling. Stop for lunch in nearby Tubac, an artist colony with lots of galleries and shops. Nogales is a classic border town, so expect cheerfully persistent local businesspeople on the streets. Keep in mind, however, that things change here at night, when shoppers are replaced with folks in search of good times fueled by lots of booze. 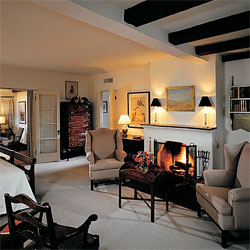 Where to Eat: Chef Janos Wilder at Janos is known for contemporary Southwestern cuisine — he cooks French style with local ingredients, including prickly pear cactus fruit, mesquite flour, blue corn meal, tropical fruits, and produce. Eat there on your first evening in Tucson (dinner for two will cost between $150-$200). If the Oaxacan Bread Pudding and Ancho Caramel Ice Cream desert is on the menu, order it and prepare for True Bliss. For less formal dining, Mi Nidito has great authentic Mexican food

Where to Stay: The 76-year-old Arizona Inn, built by Arizona’s first Congresswoman, Isabella Greenway, will whisk you back to the 1920s (photo right). Guest rooms are in pink adobe cottages and Spanish-style buildings set on 14 acres. It’s three miles from downtown in a residential neighborhood. (Expect to pay between $350-$450 per night.)