News Apeksha Bhateja What Are the Chances You'll Get Monkeypox at a Hotel?
NewsWine Lover’s Guide to Door County, Wisconsin

On the slender 75-mile-long peninsula in Northern Wisconsin that straddles both Lake Michigan and Green Bay is the country’s next up-and-coming wine region: Door County. While historically wineries in this area have turned to fruit sources—like cherries, the region’s beloved agricultural product—more and more are tinkering with cold-climate grapes. Varietals like Maréchal Foch, Marquette, Vidal, Seyval, and Frontenac are harvested each year, proving that in this quintessentially adorable region—seriously, you’ll feel thrust into a Norman Rockwell painting, with not a fast-food restaurant or big-box store in sight—wines are worth the six-hour haul from Chicago (or four from Milwaukee).

The Door County Wine Trail links all the wineries into an easily navigable route. But we picked the five best wine-tasting experiences—including a 900-bottles-deep wine list—in Door County. After the tasting rooms close for the day, pop into local restaurants that cater to wine lovers to properly wind down the night. 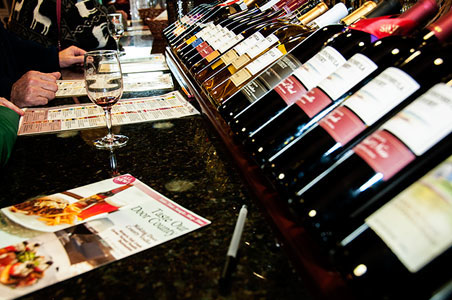 The Door Peninsula Winery is the region’s largest tasting room. Forty wines are made here and the tasting fee is waived. One could easily spend a few hours tasting wine inside this former schoolhouse, followed by lunch or dinner at its restaurant: Bistro 42 Wine Bar & Restaurant. A menu of "tastebud teasers" flaunts a trio of fried mac-and-cheese as well as "kickin’ edamame" (flash-fried edamame in a sriracha-ginger sauce) before easing into entrees such as pork chop stuffed with Door County cherries or brick-fired pizzas. Peninsula Red is a must-sip as this dry-style wine features fruit-forward cherry and cola notes that are a result of a fun blend (cherries, Merlot and Cabernet Sauvignon grapes). Also under the same roof is the region’s only distillery, Door County Distillery. 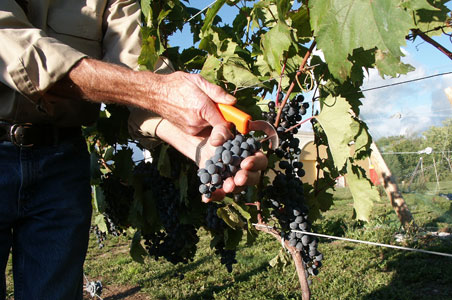 As the newest kid on the block, the 3,000-square-foot Door 44 Winery (named for the latitude on which it is situated, Parallel 44) opened in May. It’s actually the second Door County winery from owner-winemaker Steve Johnson and his wife Maria Milano (their first is eight-year-old Parallel 44 Vineyard & Winery). A first in Door County, all wines are made from Midwestern-grown grapes. This includes Sailor’s Delight (a complex dessert wine with fruity and nutty flavors) and F2 (made from Frontenac and Maréchal Foch grapes, bringing forth chocolate, marshmallow, and vanilla notes). 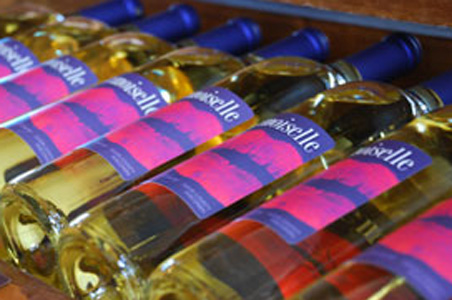 Open since 2010, Harbor Ridge Winery pairs its wines with artisan cheeses sold next door at Wisconsin Cheese Masters, which touts 600-some choices. Like Door County Winery, there is no cost for the tasting and the log-cabin vibe is a fun perk. Expect sassy labels like Knockin’ Heads Red (a red wine made from Cabernet Franc and Maréchal Foch grapes) and Mademoiselle (a white wine made from Chardonnay, Traminette, and Sauvignon Blanc grapes) that deliver fruit-forward palates. Also at the winery is a locavore-themed gift shop where, in addition to local artisan cheeses, locally made soaps, crafts, and home décor make for sweet souvenirs. 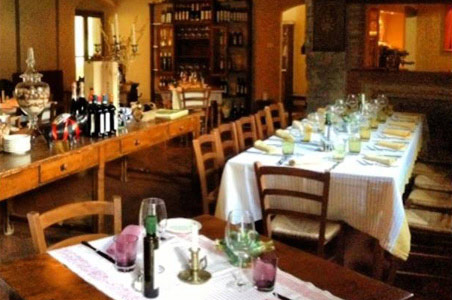 For a Napa-fied experience, drop by Stone’s Throw Winery, its tasting room within a modern, slanted-roof building that was once a stone barn 90 years ago. Grapes grown throughout California—and trucked to Wisconsin overnight in refrigerated containers—are used to make wines such as Zinfandel, Riesling, and Cabernet Sauvignon. There’s even a sparkling wine (Angelique). Wisconsin grapes are tinkered with too. Vino! Vino! Wine Bar debuted in 2011, pairing small plates (crafted with locally grown, organic ingredients) with the winery’s bottles. Boasting 900 wines on its list, including 20 by the glass, there is something for every palate at The Waterfront, where each plated menu item is a piece of art. Cuisine runs the gamut from locally-harvested to flown-in-fresh fish (like Lake Michigan whitefish or Alaskan halibut), or pasta entrees like BBQ rib lasagnette or truffle pappardelle, each dish refined by chef Jesse Johnson. A mix of imported wines (such as Dominus Christian Moueix) rest alongside Wisconsin wines such as Wollersheim Winery’s Prairie Fume or Stone’s Throw Winery’s Angelique. If it’s a warm night, take your glass of wine out to the patio, where glorious sunsets are seen nightly. Open since 2011, the young owners (Rebecca and Larry Majewski) of this tapas restaurant met while working at Mr. B’s: A Bartolotta Steakhouse in Milwaukee and honed in on their dream eatery while vacationing in Spain in 2010. A mix of cold and hot tapas—from locally roasted butternut squash in a soup recipe to a twist on British fish-and-chips using Spanish roquerones and white anchovy filets—are paired with an impressive line-up of Spanish wines. (Note that Parador is currently closed for the season from October 26, 2013, to May 2014.)