Coronavirus David Silverberg Are Your Kids Heading Back to Summer Camp? Here's What You Need to Know
Home  >  News   >   Why Do We Have to Turn Electronics Off In-Flight?

Why Do We Have to Turn Electronics Off In-Flight?

It’s somewhat ironic, flying on a commercial airline when traveling for July 4th: On the one hand, we’re free to roam the country; but that feeling of independence gets a bit mired in rules and restrictions along the way. A popular example is the oft-discussed rule that we can’t use our gadgets whenever we want during a flight.

Author, reality TV star, and businessman Grant Cardone knows first-hand the ramifications of not complying with these rules. As he told Fodor’s, "After I took a video of the bird strike on Delta 1063, I received a letter from the Federal Aviation Administration because I admitted on a national TV that I had used a portable electronic device on an airplane departing John F. Kennedy airport in New York." Since then, he’s flown normally, without penalty. But the experience has left him questioning what feel like outdated policies.

So, why do we have to turn off our gadgets? Do they really interfere with the airplane’s equipment? Cardone is campaigning to find out the truth and urges his fellow passengers to do the same, by contacting the FAA and their airlines. In this spirit, we offer a look at some of the key issues and inconsistencies surrounding this perennial travel tech issue. 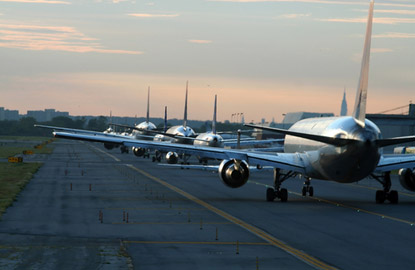 Why does it matter when we’re on the ground?

The Issue: According to the FAA, over 80% of pilot-caused runway incursions occur during taxi to the departure runway. So anything that could potentially affect their ability to know exactly where they are on the runway is a compromise to the safety of everyone on that plane and others.

The Inconsistency: We’re allowed to turn on and use our phones the instant we touch down. 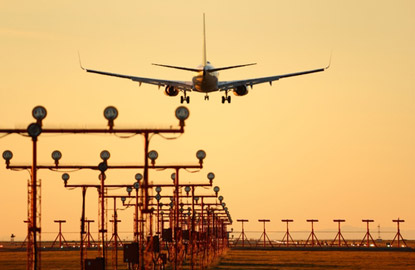 The Issue: Most accidents happen between the ground and 10,000 feet (and back down again). Consider this factor: It’s when your plane is closest (relatively speaking) to other planes. So the pilots and crew must maintain what’s called a sterile cockpit, which essentially means that they are only allowed to engage in conversation that’s directly related to the safety and flying of the plane. During that time, they want us to be as alert and attentive as possible.

The Inconsistency: The safest environment wouldn’t just keep us from using devices. We also shouldn’t be allowed to chit-chat idly—or for that matter, delve into a paper book, shop in SkyMall, or peruse the in-flight magazine. 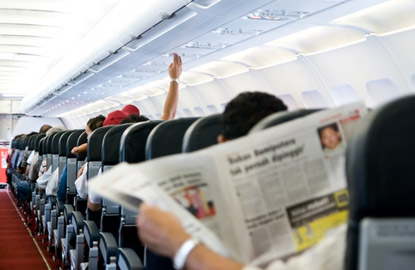 If I put my device in airplane mode, what’s the harm?

The Issue: By definition, there shouldn’t be any harm in terms of signals being emitted from your device. But as we mention above, it’s more about being undistracted during a crucial period in the flight. Besides, if the worst should happen, your gadget could potentially become a projectile, harming yourself or others.

The Inconsistency: In the past, we’ve needed to show flight attendants that our seatbelts are securely fastened. Perhaps we should also have to show that any devices we’re using are in airplane mode. Of course, that still doesn’t account for any devices we might not have out, but forgot to switch off… 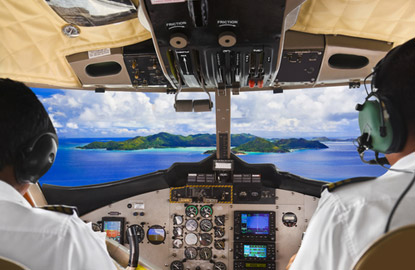 How come pilots can use iPads but we can’t?

The Issue: Just a few years ago, pilots had to lug around several thick, heavy binders, which cluttered the cockpit (albeit with useful information). With an iPad, now they can quickly and cleanly access very helpful programs that provide data about the latest weather conditions and the best approach for landing the plane.

The Inconsistency: Not everyone has the same iPad hardware and software—or for that matter, an iPad. The pilot uses a particular tablet computer running a specific operating system that has undergone compatibility testing with that particular plane’s on-board equipment. And even if you do have virtually the exact same thing, chances are pretty good that you won’t be using it in a way that similarly benefits the flight. 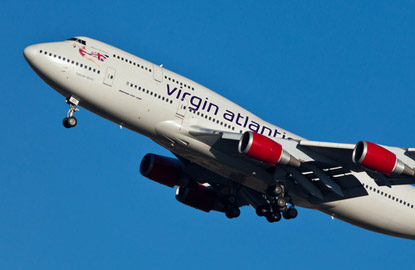 Since certain flights allow Wi-Fi or cellular use, doesn’t that prove this is all a bunch of hooey?

The Issue: Different planes have different equipment from different eras. In the U.S., every single plane that offers Wi-Fi through Gogo is tested by the airlines and certified by the FAA. So perhaps getting online right at takeoff wouldn’t affect those planes, but it’s still an obvious safety concern. Also, no commercial U.S. flights currently permit cellular use. Even if they did, regular cell use is a problem for most phones, which above a few thousand feet have a hard time zeroing in on a cell tower as you’re whizzing across the sky at hundreds of miles per hour. As for in-plane solutions, British Airways, some Middle Eastern airlines, and soon Virgin Atlantic will offer limited—not to mention pricy—mobile phone access. But still, not on takeoff, landing or within 250 miles of U.S. airspace.

The Inconsistency: Aside from safety issues, as Fodorites in a recent Forums thread point out, the potential cacophony of cellphone conversations is a scary thought! Trains have their "quiet cars," but could planes do something similar? The carriers are aware of this and are not about to allow unlimited gabbing on the phone. If only we could regulate the conversations of certain passengers not on the phone who forget how to use their "indoor voices"… 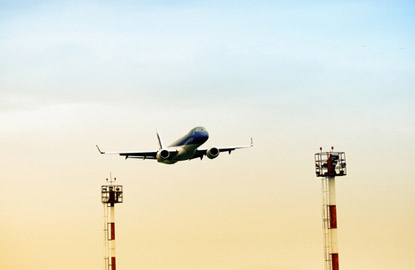 So, do personal electronic devices affect plane instrumentation or not?

The Issue: Replacing an FAA advisory circular from 2000, the current official document took effect in August 2006. According to it: It’s inconclusive, but possible that—especially given enough devices going at once—they could interfere; and there’s anecdotal evidence from various pilots that communications and navigations systems have been affected in past commercial and non-commercial flights. So they’re taking a "better safe than sorry" approach. But another six years later, the FAA is currently investigating a possible update to this policy.

The Inconsistency: As we’ve pointed out above, it’s not just about whether any of our myriad devices affect the plane. It’s also not just an issue with the FAA. As Boeing mentions in their report on electromagnetic interference, the enforcement of the policy is up to the individual airlines. Furthermore, it gives an individual flight crew some discretion to give passengers that extra minute or so to finish up whatever quick text, call, or game they’re really into—or to enforce the strictest sense of the policy. (We imagine Alec Baldwin could have used that extra minute.)

Ultimately, it may not be all that consistent or fair, but doesn’t temporarily giving up our travel tech in the interest of public safety seem reasonable? (C’mon, we’re talking about 10 to 15 minutes in each direction.) As Mr. Cardone points out, the traveling public does have the right to know the truth behind the current policies, which do need to be refreshed from time to time. But it’s unrealistic to think that public policies or plane equipment could possibly keep pace with the technology infused in our beloved electronic devices.


Fodors.com Travel Technology Columnist Scott Tharler is an expert in gadgets, gambling, and travel. He’s written four books, plus hundreds of mobile and wireless tips for Sony and PC World. In addition to his daily Discovery News gadget blog, you can find links to other gadget articles, social feeds and lists of his current favorite gadgets at about.me/gadgetfans.