Beaches Kaila Yu Do You Enjoy Visiting Hawaii? You Should Pay a Fee
Home  >  News   >   Where We’re Going in ’09: Europe’s Rising Stars

Whether it’s your first trip to Europe or your fifth, your planning may not include some of these out-of-the-way spots. But with a little extra effort (made possible by some of great deals available right now) you can leave the crowds behind and have a unique experience all your own. Here are our editors’ picks for Europe this year. 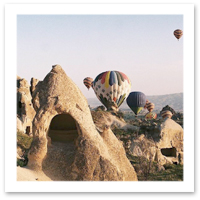 All that’s old is new again, and what began as a spiritual refuge many centuries ago has grown into a place for all kinds of travelers to seek renewal. Several boutique hotels, many of them built around low-lit underground cave-spas, have recently set up shop in Göreme, perhaps signaling a renewed flow of tourists to the area. Cappadocia’s defining feature is it’s otherworldy natural landscape, created by the erosion of lava, mud, and ash into a sculpture garden of “fairy chimneys” (surrealistic shapes of cones, needles, pillars, and pyramids) best viewed from a hot air balloon. Even better, explore the Göreme Open-Air Museum, a UNESCO World Heritage Site comprised of hundreds of rock-hewn ancient churches.

As one of the fastest-growing cities in Europe, Galway is a sizeable blip on the tourist radar screen, thanks to its reputation as the liveliest place in the Irish Republic. A university town known for its festivals, and situated in a spectacular setting with a lovely old town quarter, Galway has now become a major destination for global trendsetters. While it has long attracted writers, artists, and musicians, these days it is drawing fashionistas, interior designers, antique-hunters, and youth-culture aficionados, who have given Galway a new hot buzz. Shop-till-you-droppers find it heaven, thanks to tons of high-style boutiques, such as Cobwebs (great antique jewelry) and Maille (the place to get a Stetson hat with a feather in it—a Galway look), while the Treasure Shop has even made centuries-old Wedgewood chic again. 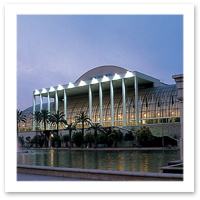 Spain’s third-largest city, and the capital of the region, Valencia is nearly equidistant from Barcelona and Seville. Today it represents the essence of contemporary Spain—ie, daring design and cutting-edge cuisine—but is still deeply conservative and proud of its historical traditions. It’s the home of paella, as well as a fascinating juxtaposition of a Gothic quarter with hot new architecture. The 2007 America’s Cup brought new infrastructure and economic development to town, and 2009 promises to be big yet again as the America’s Cup may return for this year’s race.

You might not think of Wales first when you think of Britain and the UK, but it has a lot going for it. Not only is it an exceptional place to go walking and hiking—there are paths for “rambling” all throughout the southern part of the country’s verdant hills, castles, and coastline—it also has a ton of history. You could base yourself in Cardiff or Swansea, which is the birthplace of the poet Dylan Thomas, then head to Neath to see Craig-y-Ddinas, a cave system where King Arthur and his knights are said to have stashed their treasure. The Ryder Cup in 2010 will surely bring this upcoming destination further into the spotlight.

Of the three Baltic capital cities (the other two are Vilnius and Riga), Tallinn is growing the fastest and has bounded the quickest into the Internet age. Its tiny Old Town, the most impressive in the region, has romantic towers, ankle-wrenching cobblestone streets, cozy nooks, city-wall cafés, and a dozen other attractions—all within a half square mile.