News Apeksha Bhateja A Volcano Eruption Taught Me Something Unexpected About Travel
Home  >  News   >   Where We’re Going in ’08: 7 Island Paradises

Where We’re Going in ’08: 7 Island Paradises 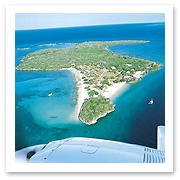 For travelers, few things have quite the allure of an island paradise. We’re instinctively drawn to these places because they provide the perfect antidote to the hectic pace of modern life. Here are seven of our favorite island paradises.

Quilalea Island, Mozambique: People don’t ordinarily think of Africa as a beach destination, but maybe that’s because they’ve never heard of Quilalea Island, an idyllic refuge off the coast of northern Mozambique. New to the island is the Quilalea Resort (from $500 all inclusive), which boasts nine spacious villas with views of the Indian Ocean. Luxury is the operating principle here, and it starts with meals served right on the beach. Visitors will find some of the Indian Ocean’s best snorkeling and diving in the reefs of Quilalea Sanctuary, which has more than 375 kinds of fish, including ribbon eels and wip corals. If you want to shake up your trip with a dose of history, take the short boat ride to Ibo Island, a major 15th- and 16th-century trading port for ivory and slaves, and see ruins of Portuguese villages and churches. Reach this dream destination by flying into to Pemba via Mozambique Airlines, which connects from Johannesburg and Lisbon, and then helicopter or boat over to the island. Getting to and from Mozambique costs about $1,500 while the boat costs $140 and the helicopter $200. It’s still under the radar, but with its mix of secluded beaches, adventure and culture, it won’t stay that way for long.

Bequia, Grenadines: With miles of stunning sandy beaches, picturesque villages, and lush green hillsides dotted with palm trees, you have to wonder why this seven-mile paradise in the Grenadines is only now being discovered. When you’ve tired of beach time, shop for local pottery and arts and crafts in Port Elizabeth, visit the turtle sanctuary, or take a hike up Mt. Pleasant to soak up views of the Grenadines. There are plenty of places to bunk, from the centrally located Gingerbread House (from $120), which has suites complete with kitchens and living rooms, or the more secluded Keegan’s House (from $40), which is literally steps from the ocean. You can get to this piece of heaven by flying American Airlines, U.S. Air, or Air Canada into Barbados and then taking Mustique Airways directly to the island. Airfare on Mustique runs about $300 round trip. 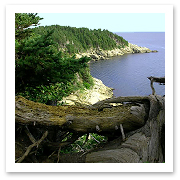 Cape Breton Island: There’s not much new in the northeastern corner of Nova Scotia and that is precisely the point — it’s just taken A-type travelers some time to realize it. While other destinations tart themselves up for tourists, Cape Breton’s reputation rests on simple pleasures and genuine old-school hospitality. The spectacular scenery doesn’t hurt either. The very best of it is found on the Cabot Trail, a 185-mile stretch of road that winds along precipitous oceanside cliffs, through pastoral farmlands and past aromatic stands of spruce and cedar. This ruggedly beautiful terrain made the Highland Scots, who settled it in the 18th-century, feel right at home, and their influence is still everywhere apparent. After all, Canada’s only single-malt whiskey distillery is here, as is North America’s only college devoted to Gaelic language, arts and culture. Fly into Sydney (Cape Breton’s sole city), or drive over Canso Causeway from mainland Nova Scotia; then settle into Keltic Lodge. Open mid-May to mid-October, this classic golf-and-spa resort in Cape Breton Highlands National Park has overnight packages priced from $100 per person.

Cham Island, Vietnam: This island off the coast of Vietnam is a nine-mile showcase of immaculate beaches and natural wonders, and thanks to several new stylish hotels on neighboring Hoi An, it’s finally accessible to visitors. Check into the Riverside Resort and Spa (from $194) or the Nam Hai (from $1000), take a speed boat over to Cham, and walk its powdery beaches, swim in the blue-green ocean, or dive deep in the water for a close-up look at coral, seaweeds, and tropical fish. Looking for adventure? Take a jungle trek through the forest and see wild monkeys, swallow birds, and stunningly beautiful butterflies. To reach Cham, fly to Hoi An on Vietnam Airlines from Hanoi or Ho Chi Minh. Airfare starts around $1,600 from the States to Vietnam. 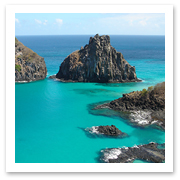 Fernando de Noronha, Brazil: There’s nothing like restricting access to a place to make it desirable: Only 240 lucky souls are allowed to set foot at any time on the archipelago of Fernando de Noronha, an oasis of green spires and white-sand beaches 200 miles off Brazil’s northeastern coast. The limited access, coupled with an environmental tax for visitors, promises to preserve these 21 island for years to come. Aside from a few visiting scientists on the smaller isles, only the main island, Fernando de Noronha, is inhabited, and as you might expect, accommodations are grassroots. Most visitors stay in intimate, family owned bed-and-breakfasts, or pousadas, where you are likely to share a table, trade tales, play with children, and learn about island life. Prefer something more upscale? Try the Pousada Maravilha (from $831) for its relaxed elegance and secluded bungalows fronting the ocean. The Brazilian airlines Varig and Trip offer three flights daily from Recife and Natal. Consider a TAM Brazil Airpass for $479, which covers four domestic flights within Brazil when purchased with a round-trip international ticket.

Isla Vieques, Puerto Rico: When the U.S. Navy pulled out of Puerto Rico five years ago, island aficionados began touting this idyllic spot as the “next big thing.” The hosannas were premature. Sure, Vieques boasted swaths of undeveloped land and some of the Caribbean’s best beaches, but it was going to take time to create a tourist infrastructure. Well, that time has come. An assortment of blissful boutique properties, including Hacienda Tamarindo (from $125) Hix Island House (from $185) and Bravo Beach Hotel (from $190) now offer easy access to the island’s broad white strands. Want more than a day at the beach? Sign up for an afternoon of horseback riding or pay a nighttime visit to Vieques’ bioluminescent bay, where microscopic organisms turn a ho-hum swim into an illuminating experience. You can reach Vieques by air from San Juan or by boat from Fajardo. However you go, though, do it soon. If Starwood’s new W Retreat — the first in the Caribbean — opens as planned in December 2008, Vieques will no longer qualify as “undiscovered.” 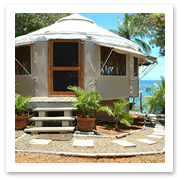 Panama’s Pacific Islands: When it comes to out-of-the-way cays, Reality TV impresario Mark Burnett is the ultimate expert. So it’s telling that he chose to set three of his Survivor programs off Panama’s stunning west coast. Now hoteliers are discovering the area, which means travelers can sample island life without making Survivor-esque sacrifices. Islas Secas, a boutique resort 12 miles out in the Gulf of Chiriqui, is one example. Instead of leaky lean-tos, guests shack up in bright, breezy waterside casitas (AKA yurts) with queen beds, mini-bars, even full bathrooms. And rather than snacking on slugs and bugs, they’re offered a memorable menu that emphasizes local bounty. Unlike Survivor castmates, Islas Secas’ castaways aren’t required to work either, leaving plenty of time to dive amid rays and sea turtles, fish for sailfish and marlin, kayak unspoiled coves, picnic on deserted spits, or simply bask on sandy beaches. All-inclusive prices start at $495 per night. June through November, that rate covers your boat crossing. Other months you’ll have to pop $850 for a roundtrip flight from Panama City.