News Rebecca Toy Rental Car Prices Are Destroying Travel Plans. Here’s What You Can Do.
Home  >  News   >   Where to Try Mezcal in Oaxaca

Where to Try Mezcal in Oaxaca

Drinking mezcal in Oaxaca, Mexico, is like popping open a bottle of Champagne in Reims, or sipping a pint of Guinness in Dublin: There’s something almost religious about it, a taking of alcoholic communion if you will. And as is the case with so many of the world’s centers of fermented gravity, there’s really no bad place to enjoy the fruits of the local land and labor when you’re there. Sure, some bars and cafes are better than others, but let’s be honest: you’re gulping down glasses of the local swill in the place where it’s always been made. Even the least impressive of them is worth it. 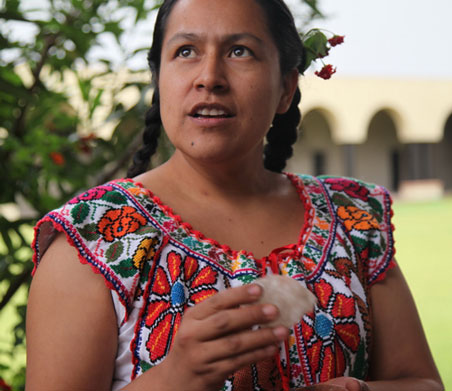 I bring this up because a long weekend in and around Oaxaca confirmed this eternal truth yet again: Drinking arguably one of the most terroir-specific spirits in the world where it’s made, with the mud of the place caked on my boots, was about as profound a drinking experience as I’ve had.

The city itself, a quick flight south east of Mexico City, is charming. It’s easily walkable, with picturesque streets, the famous Zocalo, a bustling nightlife, and ambitious chefs at restaurants throughout the city. It’s also a relatively easy car ride between the city center and Monte Alban, the famed Zapotec ruins replete with huge stepped pyramids and a history of sacrifice and worship as dense as any in the Americas.

But I was in Oaxaca for the mezcal, and it became immediately clear that all sorts of opportunities abound for enjoying it.

I’m not much of a dancer —I come from a long line of Freedman men for whom dancing is as natural as, say, nuclear physics is for most people—but Cafe Central, with its rotating art installations and revolving DJ sets, makes it impossible not to dance: The mezcal and local beers help things along. 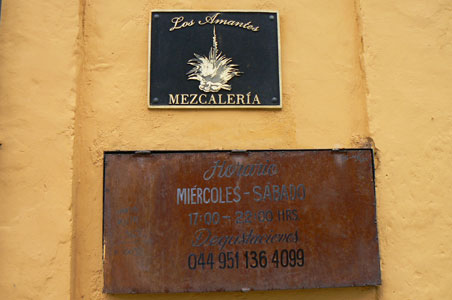 For a more cerebral approach to the great spirit, Mezcaleria Los Amantes is hard to beat. You can taste all you want, benefit from a great agave education from one of the mezcal geniuses behind the bar, and even buy a bottle to bring home. The fact that it’s an almost impossibly charming spot, with colored lights strung throughout and, the night I visited, a local guitarist strumming away in the door frame, only amplifies its already heady charm.

Then, Casa Pitiona, an ambitious restaurant that marries the great cuisine of the region with more avant garde techniques, allows you to pair mezcal with its astounding menu. Whatever you do, make sure to take advantage of the majestic moles on offer: They are as complex and layered as you’ve always heard they would be in this part of Mexico.

Or you can go right to the distilling source: From rustic palenques like El Caballo Blanco to the gleaming facility at Zignum (by appointment only), sampling mezcal, in all its many styles and expressions, is a snap. 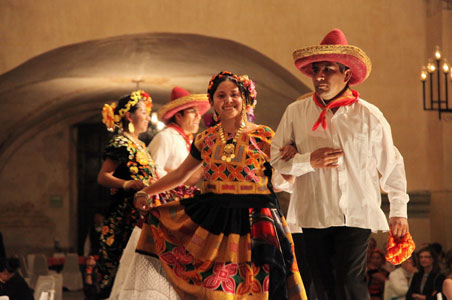 You can even enjoy it theatrically: My first night in Oaxaca, I relaxed after a day of travel in the gorgeous Camino Real hotel, sipping on too many margaritas and straight glasses of the spirit, while watching the guelaguetza, a traditional costume-and-dance performance. It was held in the old chapel portion of the 16th century monastery that once occupied the hotel’s structure.

In Oaxaca, it seems, discovering a great place to enjoy a glass of mezcal is simply a matter of keeping your eyes open and allowing the city to guide you. Turn down a street with no sign. Wander into an appropriately crowded bar. Order a mezcal you’ve never heard of before (which might be all of them). And allow the charms of the city to win you over. They inevitably will.

Photo credits: Mezcal with limes courtesy of Flickr/goodiesfirst; All other photos courtesy of Jipsy Castillo