News Apeksha Bhateja What Are the Chances You'll Get Monkeypox at a Hotel?
NewsWhere to Stay for NYC’s Spring Arts Events

Where to Stay for NYC’s Spring Arts Events 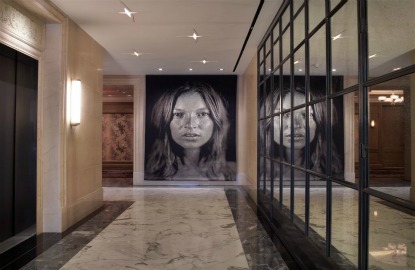 New York’s beloved TriBeCa Film Festival, launched after 9/11 to promote the revitalization of Lower Manhattan, gears up for its April showcase with screenings galore and discussions led by film-making legends and movie stars alike.

Where to Stay: The TriBeCa Grand, ideally located amid the action, is offering a "Director’s Cut" package that includes an overnight stay in an iStudio Suite, equipped with Apple’s latest: a new iMac with FinalCut Pro editing software and a Flip Ultra HD Digital Video camcorder. Guests also receive a selection of Director’s Cut DVDs and a popcorn welcome amenity. Rates start from $499/night. Visit www.tribecagrand.com. (P.S. The new Conrad New York will also be up and running by April and is located nearby in Battery Park City.)

Almost all of the galleries in The Whitney Museum of American Art play host to a curated smorgasbord of contemporary American artists during the three-month-long Whitney Biennial. Check out some early reviews of this year’s exhibition from New York Magazine and
The Village Voice.

Where to Stay: The Surrey Hotel & Spa—a swanky Beaux Arts Upper East Side property with Daniel Boulud dining, a rooftop garden, and an art collection of its own—is offering a special "Whitney Biennial" package. The deal includes luxury accommodations, two tickets to the 2012 Whitney Biennial, a "Biennial survival kit" containing water bottles and snacks, two bespoke cocktails at Bar Pleiades, a curated guide of The Surrey’s own artworks, and the option for a private tour of The Whitney for an additional charge. Rates start from $450/night. Visit www.thesurreyhotel.com.

New Yorkers love their rooftops and the Rooftop Films organization debuts avant-garde cinema on rooftops across the boroughs. The first 2012 shows are scheduled for May 11–12. Venue locations are TBD, but we have an inkling that some venues from last year will host again, like the High Line, Open Road Rooftop on the Lower East Side, and Williamsburg’s Crown Victoria. Screenings are usually followed by open-bar, open-air after parties.

Where to Stay: Try The Standard New York (from $425/night), which towers above the High Line, or the new 64-room King & Grove Williamsburg (from $245/night), which comes with its own rooftop bar and outdoor saltwater pool.

May will mark the first-ever Frieze (a London-based art fair) exhibition in New York. Works from over 170 galleries worldwide will be on display (for admiring and purchasing) inside a custom-designed pop-up gallery on Randall’s Island.

Where to Stay: Long Island City’s new Hotel Z, a ferry ride from Randall’s Island and a 10-minute cab to Manhattan, is livening up the on-the-verge nabe. Its massive rooftop bar with sweeping views of the city, beer garden, gastropub, designer rooms (also with stellar city views), and free hourly transportation to/from Manhattan make the newbie a smart choice. Rates start from $195/night for the first week in May. Visit zhotelny.com

For up-to-the-minute hotel and restaurant recommendations, plus the best planning advice, check out our online New York City Travel Guide.