Where to Go This Winter

Winter getaways are often divided into two camps: hitting the slopes or sun worshipping. And while we’re big fans of both vacation styles, there are plenty of other getaways that are perfect for the winter months. Here, some clever escapes from winter doldrums—think a soul-searching trip to Sedona and a city break in Lisbon, one of Europe’s best under-the-radar gems. 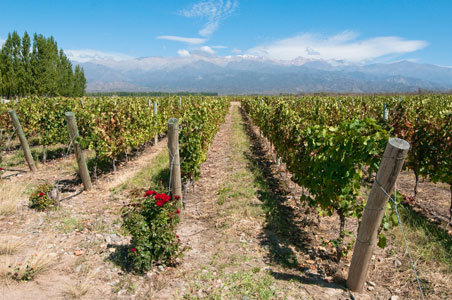 Why Go Now: Escape dreary winter days with a sun-drenched getaway to South America’s premier wine region, which further beckons with affordable rates on hotels and restaurants and as much world-renowned Malbec as you can throw back. Mendoza City draws urbanites with an easily navigable geography and impressive culinary scene. The vineyard-rich countryside is as much an appeal for outdoor-lovers as it is oenophiles, with mountain biking, hiking, and horseback riding against the dramatic backdrop of the Andes Mountains.

Where to Stay: The 11-room Bohemia Hotel Boutique in Mendoza City offers superb value, with artsy décor, and free WiFi and breakfast included, from about $110 a night. For an indulgent splurge in the heart of wine country, Cavas Wine Lodge is the place, with 14 white-adobe cottages that feature private plunge pools and outdoor fireplaces.

Where to Eat: A mix of gourmet grocery store, upscale-homey restaurant, and beautiful wine cellar bursting with selections, Azafran is a Mendoza mainstay and a must-do for at least one dinner. Take advantage of the on-site wine concierge, who will graciously help you plan your meal—think local favorites like sweetbread and mushroom empanadas and petit filet in an airy blue cheese and phyllo crust—around your wine.

Insider Tip: Argentines are notoriously nocturnal, though not quite as much in areas beyond Buenos Aires. Still, don’t head to dinner before 8 pm, unless you don’t mind being the only ones in the place. 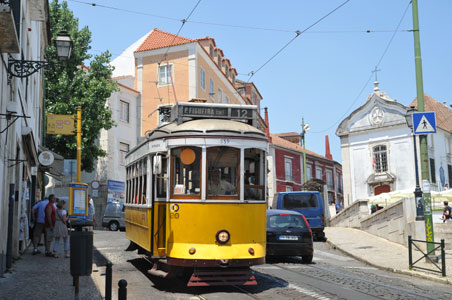 Why Go Now: The geography of Portugal’s capital—nestled on the far west coast of the Iberian Peninsula—provides a bit of respite from the well-worn paths of Europe’s tourist circuit. And that’s not a bad thing, especially for travelers who visit in the offseason, as they can discover the charms of this grand old city, from friendly locals and antique trams rumbling through quaint neighborhoods to lively cafes and bars pulsing with local music called fado, with blessedly minimal tourist crowds.

Where to Stay: Opened in 2009, the Internacional Design Hotel offers a fresh, fun home-away-from home, if home resembles a funky design showroom, that is, in the bustling Baixa neighborhood. The stark-white façade and décor is punctuated with vibrant bursts of color; some rooms feature balconies that open onto Rossio Square for excellent people-watching.

Where to Eat: A newish addition to the city’s culinary scene is Pedro e Lobo, an upscale, modern bar and restaurant that serves creative takes on traditional Portuguese fare—opt for the tasting menu for the full appreciation of the chefs’ talents. An English-speaking staff makes for a pleasant experience for travelers with minimal (or nonexistent) Portuguese. For an authentic meal minus any trace of fusion, head to Cafe de Sao Bento, one of the city’s oldest steak restaurants. It’s everything a good steakhouse should be: a bit dark, a bit dated, and they do meats just right; the specialty here is the famous Lisbon steak, served with egg.

Insider Tip: Lisbon is spread out over seven hills—great for dramatic photos, but not so great for uncomfortable shoes. This is not the city for stilettos, ladies. Opt for cute and comfy flats with, frankly, some traction. 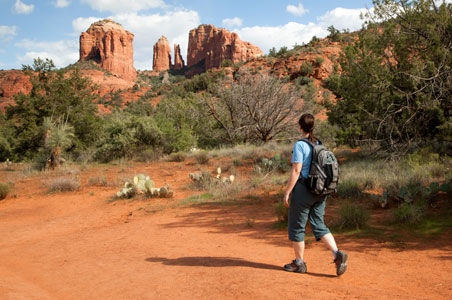 Why Go Now: Not only are its bone-dry desert environs a reprieve from soggy winter days, Sedona‘s deep-rooted spirituality—the city is believed to be located on an energy vortex—is a strong appeal to in-tune travelers, with the last day of the Maya calendar (and some say, the end of the world) coming in December. Set against the spellbinding Red Rocks, Sedona has long been a haven for spa and yoga enthusiasts, but more its active pursuits, like hiking and mountain biking, are top-notch, too.

Where to Stay: Soak up scenic views of Red Rocks at the Orchards Inn Hotel, an affordable and well-appointed property that offers free WiFi and complimentary breakfast buffet if reservations are made through their website (mid-week rooms from $115).

Where to Eat: When you’re ready for a departure from healthy, organic fare—a specialty in this town—dig into some mouthwatering Mexican fare at Elote Cafe, which serves up hearty offerings of guacamole, chile relleno, and braised lamb shank with spicy ancho sauce. The restaurant doesn’t take reservations, so belly up to the bar for a margarita and some spice-dusted popcorn to ease the wait.

Insider Tip: To get a taste of the area’s emerging wine region, explore the Verde Valley, which is a short drive from Sedona. 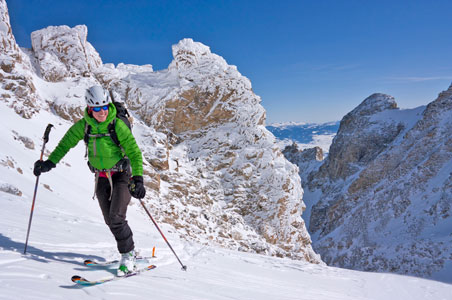 Why Go Now: From enhancements to the slopes to a sizzling culinary scene and new nonstop air service, this charming Wyoming town is experiencing a remarkable renaissance. A longtime favorite destination for high-level skiers, Jackson Hole Mountain Resort has added a new high-speed quad to access beginner- and intermediate-friendly terrain on the mountain. Après-ski, choose from mainstay watering holes or a new wine bar before indulging in hearty, tasty cuisine from the area’s increasingly enterprising chefs. And it’s never been easier to get there, with nonstop flights from San Francisco and New York on United, and from Minneapolis on Delta.

Where to Stay: The LEED-certified Hotel Terra boasts a sophisticated Western vibe, walking distance to the slopes, and a green philosophy, with recycled wood balconies, organic linens, and carbon offsets. The hotel also features some great deals, especially midweek; groups should check out spacious one-bedroom suites that offer excellent value, with a separate bedroom, pull-down Murphy bed, two full bathrooms, and a full kitchen, plus free breakfast and one spa treatment.

Where to Eat: Dig into hearty Italian dishes like Barolo-braised short ribs or orecchiette with spicy sausage and rapini at Hotel Terra’s Il Villaggio Osteria, which also features an impressive Italian-focused wine list.  Wine lovers should also stay tuned for the December opening in downtown Jackson of Bin 22, a wine bar and shop that will serve up Italian and Spanish-style small plates ideal for sharing.

Insider Tip: Serious skiers should check out the recently formed Mountain Collective, which includes Jackson Hole, Utah’s Alta, Colorado’s Aspen and Snowmass, and Lake Tahoe’s Squaw Valley and Alpine Meadows. It’s a screaming deal: a $349 pass that’s good for two days at each of the four destinations, plus 50 percent discounts on lift tickets. 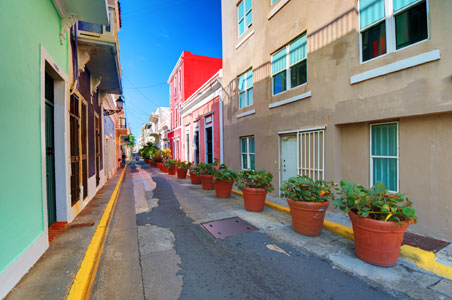 Why Go Now: For a convenient, close-to-home tropical sojourn, Puerto Rico fits the bill. Get your fix of old-world urban charm along the cobblestone streets of San Juan, or head straight for the island’s still-chill west coast for a laid-back beach vibe. The town of Rincon, on the northwest coast, is a hotspot for surfers, and between November and February, the most skilled of the bunch attempt big waves at beaches like Tres Palmas and Domes Beach. For a more isolated getaway, consider hopping to the island of Vieques, just southwest of San Juan, for dozens of deliciously secluded beaches.

Where to Stay: Stylish travelers will love the splashy Conrad San Juan Condado Plaza, with sleek bars, breezy pool area, and sorbet-colored hues throughout. On Vieques, the W Retreat & Spa has upped the ante for sophisticated lodging and relaxing, with a spectacular multi-level pool, sprawling spa, and upscale guestrooms and suites.

Where to Eat: Following nearly two decades of being closed, the historic Vanderbilt Condado recently unveiled the first phase of a multimillion restoration with the opening of its 1919 Restaurant, helmed by a Michelin-starred executive chef. The restaurant, named after the year the hotel was founded, will offer local and seasonal fare, while a wine bar, martini bar, and cigar lounge present an enticing array of choices for an aperitif or nightcap.

Insider Tip: Around the holidays, especially New Year’s, San Juan can become quite crowded with cruise ship tourists, something solitude-seeking travelers should keep in mind. 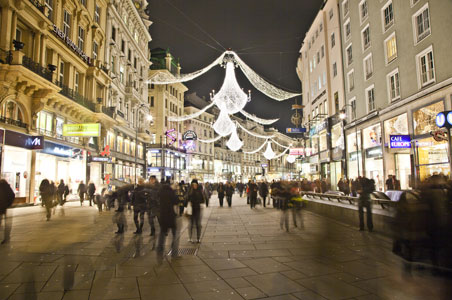 Why Go Now: Vienna is one of Europe’s current "it" hotspots, and the city is especially enchanting during the winter season, with twinkling white lights and decorated storefronts and streetscapes. For respite from the chilly temperatures, cozy up at the Vienna’s famous coffee shops or explore the city’s bevy of offbeat museums, like the season-appropriate Snowglobe Museum.

Where to Stay: With rooms from about $150, Hotel Royal offers great value and location adjacent to St. Stephen’s Cathedral. Rooms are homey and spacious (though street noise can be an issue, so request a room on a higher level), and the hearty breakfast will fuel a full day of sightseeing. Live like a local in a storefront-turned-hotel room at the Urbanauts, an urban renovation project.

Where to Eat: Mingle with locals at Frayenstein, which is a short ride from the city center but well worth it for tasty, authentic Austrian dishes in a prix-fixe menu and a cozy atmosphere in which you’re likely to be the only foreigner. For another uniquely Austrian experience, check out a heuriger, which is a usually family-run wine tasting room with a buffet of breads, cheeses, and meats. Some heurigers, including Wieninger, also offer small plates.

Insider Tip: Many restaurants in Vienna are closed on Sunday and Monday, so plan your meals accordingly. 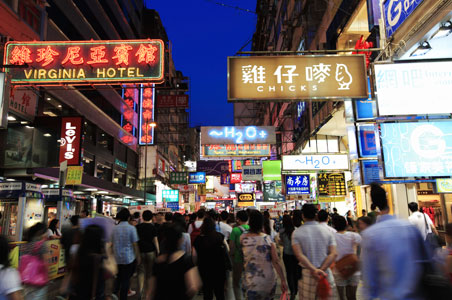 Why Go Now: Few cities on the planet are as high-energy as Hong Kong, and this sprawling megalopolis does anything but hibernate during the winter. For holiday shopping, there’s a head-spinning array of options, from the upscale stores of the Central neighborhood to the jam-packed side streets of Nathan Road, a main shopping stretch, that brim with electronics, silk scarves, jewelry, and Chinese crafts. The hustle-and-bustle hits a fever pitch during the raucous Chinese New Year from Feb. 11-13, 2013, with fireworks and festively costumed characters taking over the streets.

Where to Stay: New hotels sprout up like mushrooms in Hong Kong, but The Mira, a luxurious, mod property, has demonstrated staying power while giving a nod to China’s bright future, with sleek, provocative décor and high-tech touches like Bose sound systems and personal computers in every room.

Where to Eat: Spectacular views of Victoria Harbor complement the superb culinary creations at the appropriately named Above & Beyond, located on the 28th floor of the Hotel Icon. The specialty here is classic Cantonese dishes with a subtle twist, such as smoked egg with tea leaves and black truffles and steamed scallop dumplings.

Insider Tip: Keep that map handy while you’re exploring the city—Chinese street names are totally different from their Anglicized versions. Cab drivers speak solid English, though, so when in doubt, find a cab. We’ve also got top tips on what to pack for a jaunt to Hong Kong.