News Apeksha Bhateja What Are the Chances You'll Get Monkeypox at a Hotel?
NewsWhere to Go in the English Countryside

Where to Go in the English Countryside

Rachel Joyce’s The Unlikely Pilgrimage of Harold Fry chronicles the life of recently retired Harold Fry. He lives a day-to-day routine in a small English village with his wife, Maureen, until he’s contacted by a woman he hasn’t seen in ages. As he goes to mail his reply back to her, he decides to deliver the message in person, instead—an adventure ensues.

Rachel, who lives in Gloucestershire with her family, became incredibly well-versed in all-things English countryside when writing the book, narrowing down inlets and towns that would host Harold on his quest. Here is her inside look at the English countryside for travelers—where to go, what to see, and where to eat. 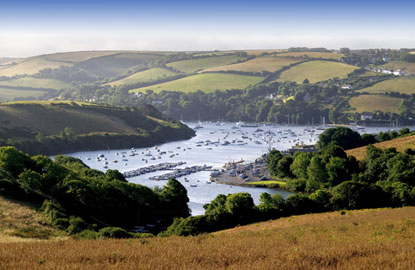 This is where Harold’s journey begins, and where he has lived for 25 years with his wife. Fine tudor and Georgian buildings line the steep central street. Take note of the four-sided clock tower that shows only three faces; the one that points towards the work house was left empty so people wouldn’t know the time. While here, stop to eat deliciously fresh fish and local crab at The Oyster Shack. 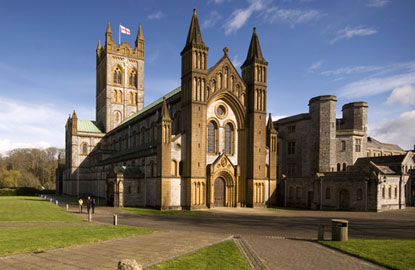 A modern Benedictine abbey on the edge of Dartmoor, stop here for a morning of peace and beauty, both elemental and human. Also be sure purchase the monks’ honey and famous tonic wine that comes from an old French recipe. 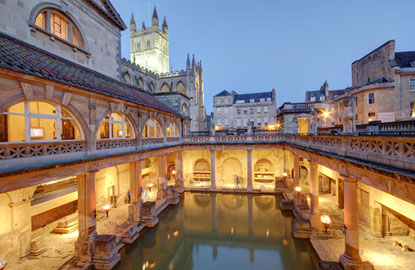 Inside Tip: You must try the spring water—my children gave me all of theirs. It’s warm and stony and tastes bad, so it must be very good for you. 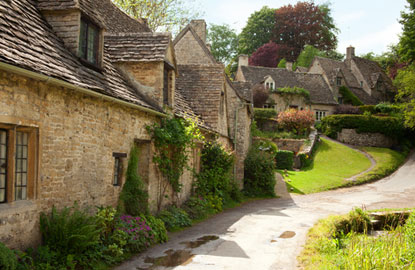 Lying in one of the Stroud valleys in Gloucestershire, Nailsworth is a Fairtrade town and was once a small mill town and center for brewing. These days it is a tranquil haven, with one of the best bakeries, Hobbs, and a fine delicatessen and fishmonger, Williams Fish Market and Foodhall. Have coffee and croissant in the first, then cross the road and enjoy a glass of crisp white wine and jumbo prawn baked with garlic in the latter. Finish your visit with a stop at the nearby Stroud Saturday Farmers’ Market. 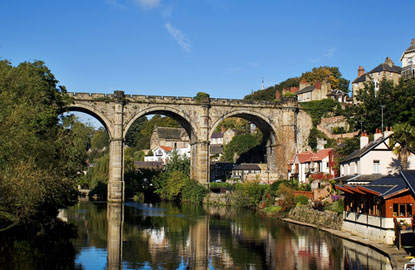 Set in the heart of Yorkshire, Harrogate is another spa town, and a picture of genteel English respectability. For contrast, visit the beautiful Moorish-style interior of the Turkish Baths (allow two hours for the full treatment) and then the famous Bettys Tea Rooms. Also use the town as a base to explore the wild Yorkshire Dales, famous home and inspiration to the Bronte sisters. 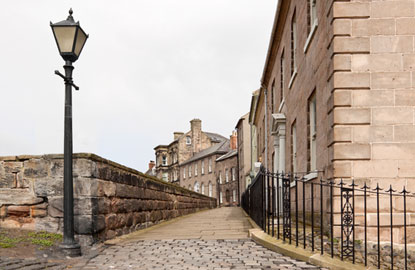 Twelve miles north of Holy Island, Berwick is on the English/ Scottish border and, before the the union of the two crowns, it changed hands more than any other town. Its ramparts are now one of the main attractions. Apparently when Queen Victoria signed the declaration of the Crimean War she signed herself as "Victoria, Queen of Great Britain, Ireland, Berwick-upon-Tweed, and all British Dominions". However, when the treaty was signed to conclude the war, "Berwick-upon-Tweed" was left out. This meant that, supposedly, one of Britain’s smallest towns was officially at war with one of the world’s largest powers.

History Lesson: In 1966 the Mayor of Berwick sent a personal message of peace via Pravda; "Please tell the Russian people through your newspaper that they can sleep peacefully in their beds."

Thinking of a trip to England?

For up-to-the-minute hotel and restaurant recommendations, as well as the best planning advice, check out our England Travel Guide.

The author, Rachel Joyce, has written over twenty original afternoon plays for BBC Radio 4, and has created major adaptations for the Classic series and Woman’s Hour, as well as a TV drama adaptation for BBC2. In 2007 she won the Tinniswood Award for Best Radio Play. Joyce moved to writing after a twenty-year career in theatre and television, performing leading roles for the RSC, the Royal National Theatre, The Royal Court and Cheek by Jowl; and winning a Time Out Best Actress Award and the Sony Silver. She currently lives in Gloucestershire with her family and recently released her latest novel, The Unlikely Pilgrimage of Harold Fry.