News Tina Charisma 'Regenerative Travel' Is the New Buzz Phrase, but What Does It Mean?
Home  >  News   >   Where to Go in New England This Summer

Where to Go in New England This Summer

As the summer sun makes the urban asphalt gooey underfoot, it’s a good bet many of you wish you had your toes buried in the sand on a breezy New England beach or your heels dug into a shady hiking trail in the mountains. If a visit to one of the six states in this waves-meets-woods playground is on your summer docket, here’s what’s new, improved, and worth checking out (much of it focused on food, because…obviously) at 11 properties ranging from great value to splurge-worthy. 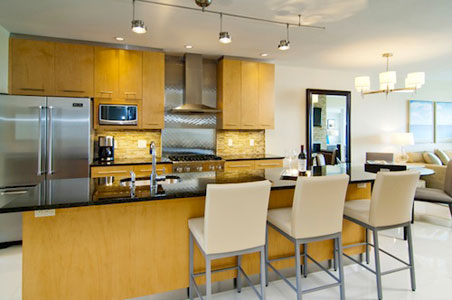 For a convenient-meets-luxurious getaway, a new option is the just-opened Villas by the Sea at Water’s Edge Resort & Spa set on 25 acres in the Connecticut hamlet of Westbrook, just a two- hour drive from New York City. Located oceanfront at the 101-room property, the 68 villas measure 1,000-1,300 square feet and feature two bedrooms (sleeping up to six people), a gourmet kitchen, gas fireplace, LCD TVs, large balconies, and beach access (from $5,000/week). 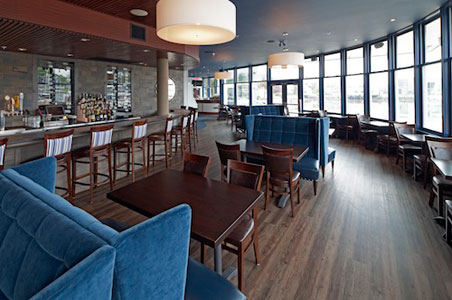 The Kennebunkport Resort Collection has fired up the culinary scene in Maine’s charming seaside Kennebunkport with the opening of a new hotel and a pair of restaurants: 200-seat David’s KPT by Portland chef David Turin, featuring creative contemporary cuisine, such as steak and lobster white pizza, and located on the ground level of the new 12-room The Boathouse Waterfront Hotel (from $289/night), and intimate French-inspired Ocean at the Cape Arundel Inn (from $369/night), where Chef Pierre Gignac offers coastal delicacies such as sea scallops with hen of the woods, lemongrass, and coconut milk. In addition, Earth at Hidden Pond, an atmospheric farm-to-fork restaurant at Hidden Pond (from $564/night), in partnership with acclaimed Boston chef Ken Oringer, has a new executive chef, Justin Walker. 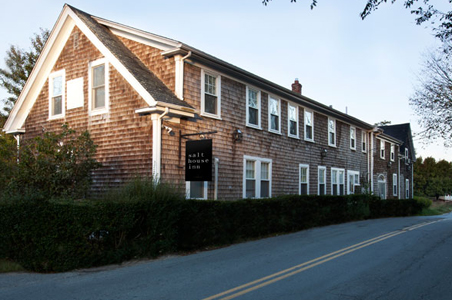 On Nantucket, 76 Main, a 20-room boutique hotel, recently opened in the center of the island’s picturesque town. The rooms, decorated in crisp white accented by chic yet cheerful blues and greens, are situated in a main house and guesthouse that are connected by a scenic courtyard featuring a fire pit (from $229/night). 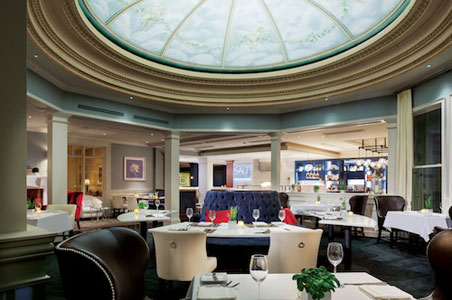 What do you get when you take a circa-1888 New Hampshire hotel and transform the public space off the lobby into a strikingly contemporary bar and restaurant? You get SALT Kitchen & Bar, the inviting new venue at Portsmouth’s welcoming and historic Wentworth by the Sea. Helmed by Chef Ken Lingle, the restaurant features menus inspired by the Mediterranean and using local ingredients like Maine scallops, lobster, and mussels. The property features 161 spacious and classically decorated rooms and suites, indoor and outdoor pools, and a golf course and clubhouse (from $289/night). 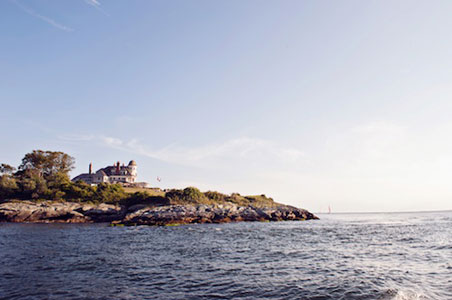 The Castle Hill Inn, set in a 19th-century mansion overlooking Rhode Island’s Narragansett Bay that’s one of Newport’s iconic properties, has completed a $1.5 million renovation to its al-fresco dining venue, The Lawn at Castle Hill. It now features a three-tiered bluestone-tile terrace that cascades down the hill, where guests can enjoy Chef Karsten Hart’s local, seasonal menu (fresh Jonah crab cakes, Narragansett Bay lobster) and a stellar view of the 40-acre grounds and bay. The Inn features 35 rooms and suites set in the circa-1875 mansion, in cottages by the beach or overlooking the harbor (from $609/night).

And while also not new, three-year-old Ocean House—a luxurious recreation of a Victorian-era resort of the same name—just received a Forbes Five-Star rating (the first in Rhode Island and one of 76 hotels in the world to nab the honor). Located atop a bluff in quaint and scenic Watch Hill, the 63-room property features turn-of-the-century-inspired décor with modern amenities such as flat-screen TVs and iPod docking stations (from $695/night). 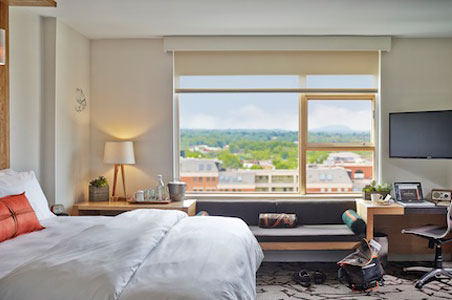 Set on 18 acres just outside of Burlington, the 120-room Essex Resort & Spa has added the culinary talents of Chef Michael Clause (of the Bluebird Tavern) to helm the chef’s table at Amuse, where guests can interact with him as he prepares their meal—think oyster surf and turf and Vermont rack of lamb—in five courses from $85/per person, Fridays and Saturdays (rooms from $219/night).