Where to Escape in NYC

In Tell The Wolves I’m Home, Carol Rifka Brunt paints a rich description not only of her characters but of the spaces they inhabit as well. A New York native, Brunt knows a thing or two about places in New York that make you feel like you’re a thousand miles away. Here are some of her favorites. 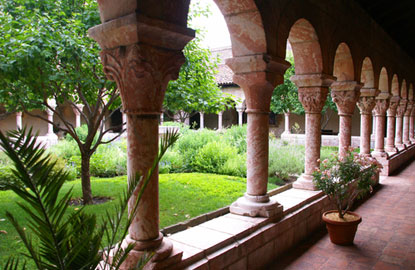 June and her Uncle Finn loved visiting The Cloisters, a place that transports her to her favorite time period, The Middle Ages. Located in Manhattan’s Fort Tryon Park, these gardens and museum, are a part of The Metropolitan Museum of Art and feature the various architectural, artistic, and stylistic designs of medieval Europe. The abbey, constructed using materials from five French medieval cloisters, houses over 3,000 artifacts and works of art, including the famous Unicorn Tapestries. The surrounding paths also provide great views of the George Washington Bridge, Hudson River, and New Jersey. 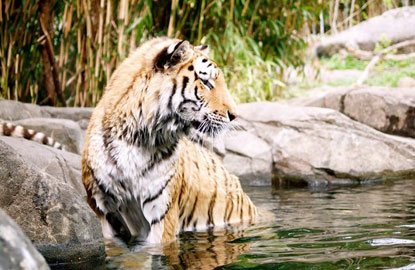 Aside from the Cloisters, June believes The Bronx Zoo "is the next best way to leave New York without leaving New York." June takes Toby for a ride on the monorail which travels through this expansive urban zoo, one of five parks administered by the Wildlife Conservation Society, offering visitors a chance to see animals from every continent in a matter of minutes. 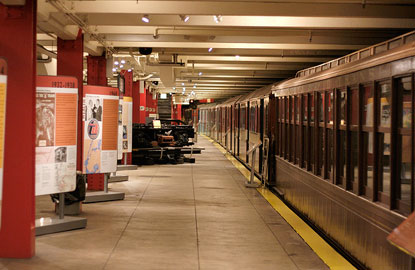 Ever the escapist, if June had crossed the bridge into Brooklyn, she might have headed straight for the New York Transit Museum. Visitors enter via a disused subway station and once you’re down in the tunnel there’s about a mile’s worth of trains lined up. The cars go back in time until visitors get to the very first ones used, where they’re allowed sit in them and wander in and out.

In the early stage of June and Toby’s friendship, Toby takes June to Playland, a large amusement park in Rye, New York, where they end up getting an old-fashioned picture taken. Playland’s location on the shores of Long Island Sound already had a long history as a favorite recreation area of the local population by 1927, proudly billing itself as "America’s Premier Playground." Currently, it offers numerous activities like concerts, ice skating, swimming, and special holiday events. As the only Art Deco amusement park in America, Playland is part of the National Register of Historic Places.

Carol Rifka Brunt’s work has appeared in several literary journals, including North American Review and The Sun. In 2006, she was one of three fiction writers who received the New Writing Ventures award and, in 2007, she received a generous Arts Council grant to write Tell the Wolves I’m Home, her first novel, which was released last month. Originally from New York, she currently lives in England with her husband and three children.