Coronavirus Leila Najafi Want to Stay in Costa Rica for Over a Year? A New Law Might Help You
Home  >  News   >   Where to Eat in San Diego Now

Where to Eat in San Diego Now

It’s almost impossible to have a bad meal in San Diego. The area is brimming with small farms, so chefs have always been keen on using natural ingredients and organic produce. And you can always expect fresh seafood, thanks to San Diego’s prime location on the Pacific Coast. Several new and notable restaurants have been taking the culinary scene to new levels, though. From the Mexican and Japanese inspired The Hake in La Jolla to Ryan Gosling-obsessed Bang Bang in downtown San Diego, these emerging hot spots (with equally hot plates) are serving up truly notable meals. 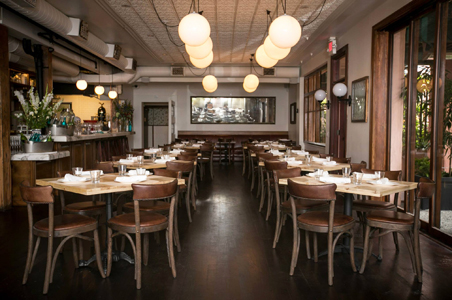 Oddly enough, don’t expect any hake at The Hake—the owners simply liked the elusive fish’s name for the restaurant. Opened in June, the Hake has quickly become a go-to for locals seeking great food and a lively atmosphere. Opened by two notable chefs from Mexico (both of whom have published cookbooks), The Hake is on Prospect Street (the main drag of La Jolla Village), offering modern interpretations of Mediterranean dishes with heavy Japanese and Mexican influences. For instance, the hamachi tiradito is lightly dressed and sashimi-style rather than thinly sliced. 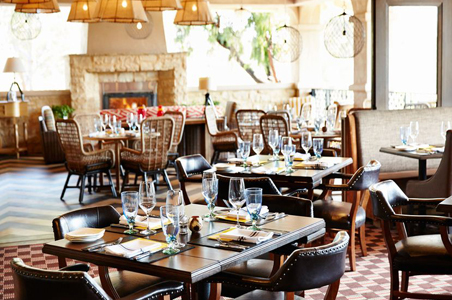 Local San Diegans have long awaited the debut of AVANT at Rancho Bernardo Inn, which opened to the tune of a $2.5 million transformation (formerly El Bizcocho) in June. The massive 6,500-square-foot, California-ranch-style restaurant features a rustic bar, wood-burning fireplaces, indoor and outdoor seating, and private dining rooms. The menu focuses on an artisanal and garden-to-table concept, pulling vegetables from their own organic garden (executive chef Nicolas Bour grew up on a working organic farm, should anyone be an "expert"). Expect everything from house-made burrata and charcuterie to a "walk through our garden" 12-vegetable plate. They even have mustard on tap! 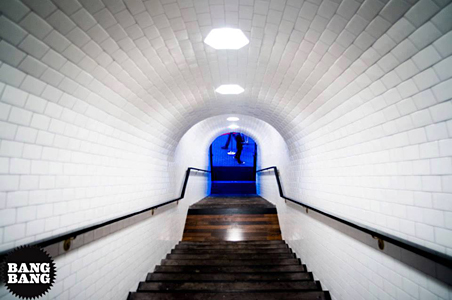 Bang Bang, which opened last month in the Gaslamp Quarter, has already been receiving plenty of love from the ladies. The women’s bathroom has a Ryan Gosling-themed stall that was featured on Andy Cohen’s Watch What Happens Live. The restaurant interior is also an eye-full with a tunneled staircase entrance reminiscent of a Tokyo subway (equipped with Tokyo subway sounds), oversized Japanese lanterns, and allegedly the largest disco ball on the West Coast in a separate function space. But obviously, the real highlight is the fresh sushi and creative Asian "street market" cuisine created by chef Jose Ruigomez.

Dish to Try: The Gosling Roll, of course. 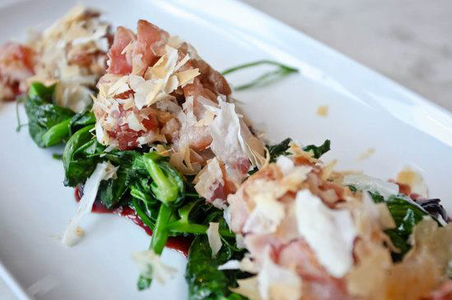 Celebrating its one-year anniversary this month, 100 Wines has become the culinary darling of the Hillcrest neighborhood, offering "social dining" in a comfortably rustic and lively setting. The apothecary-inspired space has a European-style, old-wine den feel (dim-lit with lots of wood and chatter). Local chef Katherine Humphus puts a modern emphasis on fresh, Mediterranean inspired, sharable plates and 100 wines (mostly old world varietals) to choose from.

Dish to Try: Grilled cauliflower with parmesan and pancetta. 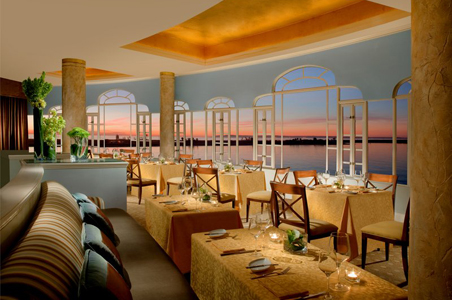 The Loews Coronado Bay Resort recently unveiled a $12-million dollar renovation, which included the complete transformation of their signature restaurant, Mistral. The former high-end French restaurant is now less formal but still offers an elevated dining experience. Chef Adam Cho puts together an excellent, globally-inspired small plates menu with many ingredients plucked from their garden. Grab a table next to the floor-to-ceiling windows that offer great views of Coronado Bay.