News Apeksha Bhateja Europe's Airports Are Chaos This Summer. And Now There's Another Problem
Home  >  News   >   Where to Eat in San Antonio, Texas

Where to Eat in San Antonio, Texas

Long known for its historic significance and art scene, San Antonio is going through a transformation of the culinary variety. Chefs who once left to spread their skills abroad are moving back. Age-old breweries are being converted into work-play-eat districts. Indie restaurants are popping up in converted gas stations. James Beard-nominated chefs are trading upscale for casual. To get a taste of this transformation, we headed to the Alamo City hungry, and left very happy (and full). Here’s what’s sizzling in San Antonio’s culinary scene right now. 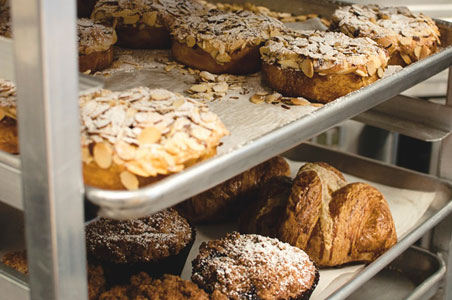 It was mid-morning when we rolled into town. With a banana barely satiating our hunger, we needed a coffee and some sustenance pronto, so we headed to one of the city’s hottest bakeries, Bakery Lorraine, opened by two Bouchon Bakery alumni. The only problem? We were so taken by the goodies—butter-honey-rosemary, single-origin chocolate, and salted caramel macarons—we ate dessert first, then finished it off with a perfectly flaky croissant. 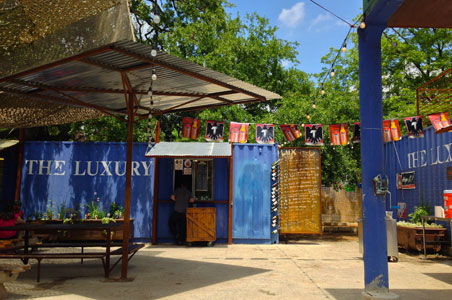 In an effort to save our calorie count, we hopped on some B-cycle bikes, part of the city’s bike-share system, and rode to our next meal at River Walk, San Antonio’s newest district. Here, we found The Luxury, operating out of stacked shipping containers converted into kitchens. The irony is, The Luxury is casual, the passion project of highly-acclaimed Chef Andrew Weissman, who dishes out approachable, southwestern-meets-global fare. Completely taken by this alfresco eatery, we envisioned long lunches-turned-dinners with friends over lots of craft beer or wine, and dishes like the pura vida salad (corn, avocado, hearts of palm, walnuts, and lime) or a pressed pork sandwich until the outdoor lights strung above the picnic tables start twinkling. 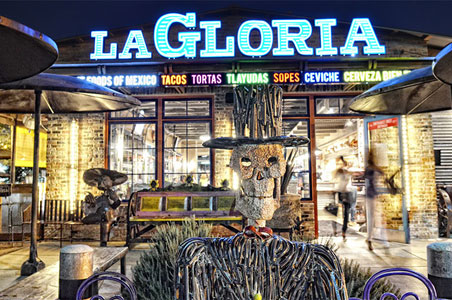 If you take a cup of sugar and throw it a mile north of The Luxury you’d hit the Pearl Brewery, a 22-acre urban redevelopment housed in and around an 1883-built beer factory. The Pearl and its ever-expanding roster of restaurants is a sure-thing when it comes to cuisine, evidenced by an outpost of the Culinary Institute of America anchoring the development. Chef Andrew Weissmen’s IL Songo Osteria and Sandbar Fish House & Market are here, as is La Gloria, helmed by another one of San Antonio’s rising stars and CIA grad, Chef Johnny Hernandez. La Gloria is the Spanish term for "the heavens," and at this colorful restaurant all the dishes speak to Mexico’s near heavenly interior-region street food. We love the tlayudas traditional, Mexican pizza with black beans, avocado, tomato, and cheese. Hallelujah! 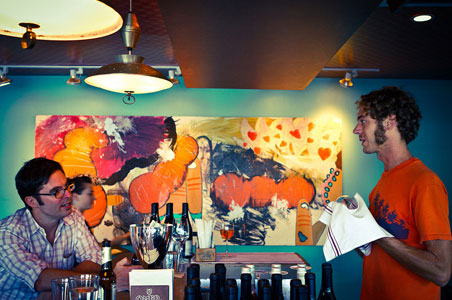 In a continued effort to get in touch with San Antonio’s co-existing past and present, we headed to The Monterey, an indoor-outdoor resto-bar housed in an old gas station. Don’t be fooled by the casual culture and familial service—intended as the kind of place the owners would hang out—this hip space is created for food lovers, beer nerds, and wine geeks. As bon vivants who fall into each of these categories, we love the nouveau take on basic food, dressing the likes of a baby kale salad in charred grapes, toasted hazelnuts, and a coconut vinaigrette.

For dessert, we kicked it old-school, and opted for a digestif, finding our libation of choice at The Brooklynite, a dimly-lit, cocktail parlor, dark enough to project black and white movies onto the walls. Driving just outside of town, we don’t see a lot of action on the streets, and wondered if our GPS was taking us for a ride. We soon find out that The Brooklynite is purposely off the beaten path, like many a speakeasy around the world. Unlike the environs, inside it’s packed, so we followed the lead of other late-night patrons and ordered a PB&J, a slow-sipping bevvie recalling our favorite sandwich from grade school. Filled to the brim with innovative food and decadent drink, we raised our glass in a toast to San Antonio’s epicurean conversion.