Where to Eat in Rome Now

In a city as ancient as Rome, it’s tempting to start your hunt for the perfect Roman meal at tried-and-true institutions; the haunts that have weathered bombing, famine, and shifting culinary trends. But while the most famous, established restaurants have plenty to offer, Rome is a vibrant cosmopolitan city with as much new to explore as there is old to appreciate. Hot new nightspots and restaurants open regularly; so many you could visit a different one each night and never run out of options. Here’s a round-up of five top places to eat right now in the Eternal City. 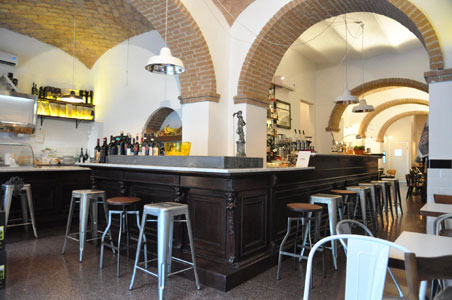 The restaurant’s name might sound old—indeed, the Guerrini family has been satisfying hungry Romans since the late 50s. But Guerrini dal 1958 has recently expanded its perimeters, revamping its menu and its decor to provide its fans, old and new, with a more modern experience. Guerrini dal 1958 now offers a coffee bar, continental and American-style breakfasts, brunch, an aperitivo, a take away deli counter, and a specialty foods boutique as well as a Marche-influenced menu reflecting chef Luciano Vecchiatini’s Senigallian roots. Try the pesto risotto cups or the passatelli pasta with mustard and duck sauce; for something more…Roman, enjoy a plate of classic spaghetti alla carbonara or chicken alla cacciatora. Then, hit the cocktail bar for one of bartender Valentina Bertello’s original creations like the "Amestista," made with vodka, blackberries, lavender liqueur, lemon juice, sugar, and rosemary. The remodeled space has a minimal but cool vibe—antique mirrors hang in the bathrooms; vintage bicycles and wine stands create compelling still lifes—but the owners’ attention to serving quality wines, grappas, and champagnes remains unchanged.

If you’re looking for an American/British fix via Texarcana, head to CO2—one of Rome’s hottest new "it" spots, conveniently located between Piazza Navona and Campo dei Fiori. Also known as "The Perfect Bun," CO2 Brasserie serves up giant burgers on home-baked bread, T-Bone steaks, brunch, Tex Mex fare, craft beers, and Anglo/American-inspired cocktails. Noisy and packed, the brasserie has the distinct feel of a train terminal, no doubt due in part to the Arrivals signs hung on its walls. The gourmet American/Tex-Mex fare comes at gourmet prices—burgers range from €15 to €18 ($20-$24)—but the portions are large and the food gets rave reviews. Come hungry, well-bankrolled, well-dressed, and ready to duck some elbows. 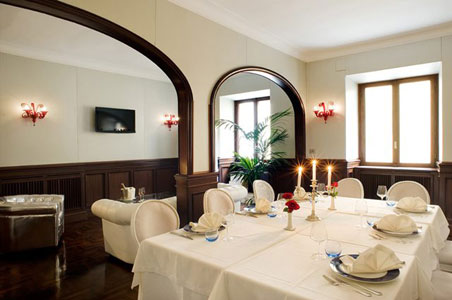 Rome is a coastal city, but its cuisine commonly relies on livestock like lamb and pig—making special exceptions for the humble cod, the anchovy, and the sardine. If you find yourself hungering for the taste of the open seas, head to Chinappi: a modern, effortlessly stylish seafood restaurant on Via Valenziani. Formian chef Stefano Chinappi imports seafood from the gulf of Gaeta for his ever-changing menu of antipasti and traditional dishes with modern twists. Try the mullet carpaccio antipasto, the "Fabbri" spicy spaghetti with squid and bread crumbs, or the stir-fried squid stuffed with broccoli rabe. Chinappi cult favorite: the fried John Dory fish. Whatever you choose for your meal, definitely save room for dessert: the chef delights in creating fanciful sweets, like pineapple ravioli stuffed with lemon sorbet. Or maybe a fried ricotta-stuffed cannoli with orange sauce? Hot hazelnut pie with blueberry sauce? You’re just getting started. Diners enjoy a fashionable, relaxing experience in Chinappi’s cream and mahogany restaurant, eating under the glow of red chandeliers.

And now, for something refreshingly different: Italian-Asian fusion in a relaxed, sophisticated setting. The fabulously inventive offerings alone at Settembrini could make your eyes pop out of their sockets, so it’s a good thing the restaurant’s decor is sleek and uncomplicated: long wooden tables and bars, well-stocked bookcases lining the walls. The beautifully-plated antipasti range from cuttlefish ravioli with potatoes, lemon and soy to rare Kobe beef slices with parsley and anchovies. There is a minestrone with chickpeas and red prawns; a risotto with burrata cheese, lime, and oysters; a red mullet dish with green seaweed, tomatoes, and mullet salt. The tasting menus are very popular, introducing even wilder taste combinations featuring ingredients such as miso, rice vinegar, seaweed, udon noodles, fruits, and raw fish. 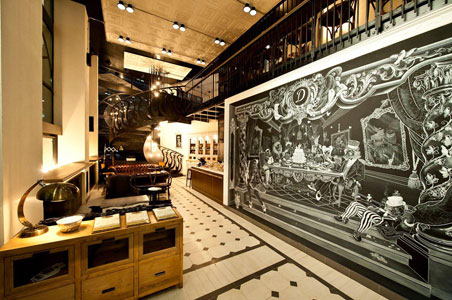 Open for just a little over a year, Dolce has utterly charmed Rome’s sugar fiends with its early 20th century industrial decor and selection of delicious, homemade sweets. A tea salon and pastry shop by day, Dolce invites diners to a one-of-a-kind experience—the kind your mamma would surely frown upon. At Dolce, waiters request that you order your dessert first, because each dessert is hand-made to order (indeed, the first page of the menu showcases the desserts, not the antipasti). Dolce’s desserts are cosmopolitan—apple crumble, cheesecake, profiteroles, macaroons, muffins—apart from what is arguably the star of the menu: the DIY tiramisu. While waiting for your desserts to be prepared, feast on a variety of hamburgers, sandwiches, pizzas, pastas, bruschettas, and gourmet salads—all served in baking implements. Try the ultra-Roman hamburger with mozzarella, anchovies, and puntarelle.