News Robin Catalano Horses Run Wild on This Puerto Rican Island⁠—but for How Much Longer?
NewsWhere to Eat in Philadelphia Now

Often overshadowed by big brother New York, Philly has only come into the culinary limelight in the past few years, but locals like the critic for the Philadelphia City Paper (me) know the treasures tucked in our Penn-laid grid keep pace with the country’s best, a credit to affordable rents, lush farmland less than an hour away, savvy and demanding diners, and a tight-knit chef community that nurtures young talent. Restaurants open at a quick clip in Philly; at last count 17 are on deck for January. The hotspots listed below vary in age, but they represent where the city is eating and drinking right this very minute. Make reservations. 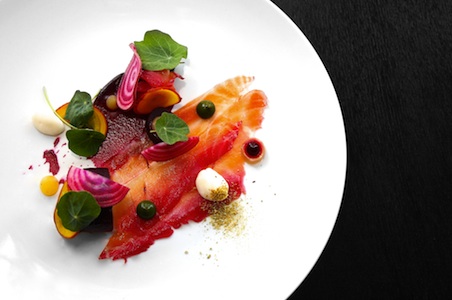 In the happening East Passyunk district, chef Christopher Kearse—Will is his middle name—is quietly slaying hardcore culinary buffs with affordable, inventive meals that commence with warm bread and offbeat butters like nori and orange mesquite. Among the gorgeous plates to appear in the wee, periwinkle-gray dining room: snails in kaffir lime-scented quinoa porridge; white miso cavatelli with Brussels and butternut; and a three-way poularde prep that’s quick becoming Kearse’s signature. Themed Tuesday tastings at Will have included explorations of brunch and mushrooms, while Sundays feature a low-fi pre-fixe for just $40. Like many independent restaurants in Philly, epicenter of Draconian liquor and licensing laws, Will is BYOB.

Gregory Vernick has roots in nearby Cherry Hill, NJ, but his previous position with Jean George Vongerichten had him jetting from New York to Mexico City to the Middle East, opening restaurants for the multi-starred chef. These days, Vernick and wife/partner Julie have settled down, opening an eponymous, two-story spot off tony Rittenhouse Square. His worldwide travels influence the menu at Vernick Food & Drink in a way that feels uncommonly, undisputedly American-in-2012: whole roasted dourade with citrus and blistered shishitos; house-made mozzarella with mango and basil; eggs shirred with funky shrimp-shell butter and topped with uni. You can go blowout dinner here, or repair to the bar for a few "toasts" (earth’s best beef tartare, fromage blanc with something seasonal) and deftly made drinks from bev wiz Vincent Stipo. 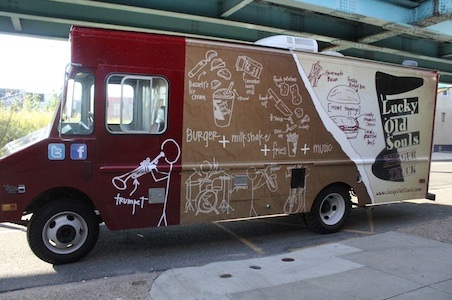 What do you do when Philly’s antiquated zoning code and cranky neighbors delay the jazz club of your dreams for over two years? If you’re DJ-turned-chef Matt "Feldie" Feldman, you take the name of your on-ice lounge (Lucky Old Souls) and apply it to a food truck specializing in burgers crafted from grass-fed Lancaster County beef, raw-milk cheddars and house-made condiments. The impending winter freeze means the LOS Burger Truck, which pipes jazz from its speakers, won’t be quite as visible around town, but you can count on finding it parked at Love Park Wednesdays and Fridays and at the Chestnut Hill Growers’ Market on Saturdays., after a short holiday hiatus. Don’t miss the maple milkshake freckled with cracked black pepper.

The Madonna of Philly restaurants, Fork has been reinventing itself through its 15 years and counting. The latest styling is the best yet, courtesy of chef Eli Kulp, who’s come down from New York’s vaunted Torrisi Italian Specialties to electrify this kitchen—and local food nerds with it. Start with celery water cocktails at the pish-posh square bar, then move into the mural-wrapped dining room (painted by a staffer) for inventive, witty plates like high-brow sweet-and-sour chicken nuggets, branzino with white toast "en croute" in wild tamarind broth and The Roots, a stunning congress of underground vegetables named for the Philly-bred band.

Better know by its acronym SPTR, South Philadelphia Tap Room, spread between a pair of row homes in the Newbold neighborhood isn’t new by any stretch. My high-school classmates (ahem, not me, promise) used to underage drink here when it first opened in 2003, long before the bar locked down its identity as an incubator of craft beer culture in South Philly—and for my money, the city’s best gastropub. Scott Schroeder, chef since 2008, sources ingredients meticulously without making a big to-do about it, arraying them in strongly seasoned, seasonal compositions like grilled haloumi with galia melon salad in summer and grilled green tomatoes with homemade mozzarella in fall. With the SPTR crew opening American Sardine Bar in the Point Breeze section of town last year, Schroeder’s young sous chef Mark Regan has really stepped up, spearheading the bar’s cheeky "Round Guy Ramen" series.

Buffalo sweetbreads, smoked potted Pocono Mountain trout, and skillets of dreamy brandade that chef Pat Szoke tops with sweet stewed peppers and a lawn of fresh parsley are just a few of the impressive snacks six-month-old Industry, located in South Philly’s riverside Pennsport ‘hood. As the name suggests, owners Heather Gleason and Dave Garry—they own popular Center City bar Good Dog—have created a clubhouse for their restaurant "industry" pals whose photos line the vermilion walls. But you don’t have to be in-the-biz to visit; all are welcome—and welcome to take advantage of industry-geared specials like the Sunday Night Staff Meal served from 10 at night till 1 in the morning.