News Apeksha Bhateja Have $340,000 and Want to Vacation in a Survivalist's Paradise?
NewsWhere to Eat in Nashville Now

Where to Eat in Nashville Now

"Music City USA" has a delicious secret, and no wonder: With so many creative cats converging on one zip code, brilliance is bound to happen—across many genres. Beyond singing and songwriting, food plays a leading role in this city, which was recently named to the Fodor’s Go List 2014. Nashville‘s noshing scene has recently been noticed in every major food and wine magazine. After all, someone has to fuel the musicians in the music capital of the world! So, let’s dig in. Here’s where to eat in Nashville now. 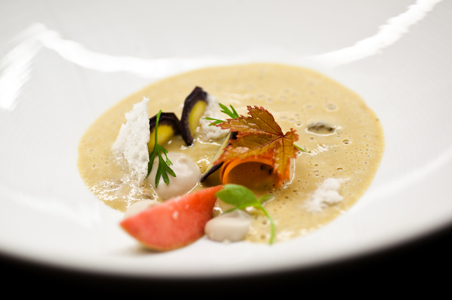 In a town where many restaurants skew casual, The Catbird Seat takes a more formal approach to dining out, offering ever-changing tasting menus rooted in what’s fresh. This day-by-day approach to menu building is instigated by the restaurant’s chef, Trevor Moran, who trained at Noma under chef René Redzepi. The menu changes on the fly, so you won’t know what’s being served until you’re already eating it, but the chef will proudly hand you his creations at your seat around the U-shaped kitchen. (Tip: Make a reservation as soon as you book your ticket to Nashville, because simply walking into this intimate, 20-seat stunner is not an option.)

To miss lunching at Mas Tacos Por Favor in East Nashville is to miss the city’s best $3 tacos. Once a food truck, this brick-and-mortar space of mismatched chairs and multicolored lights sprouts a daily lineup of eager feasters pining for Mexican classics. The ever-changing menu of staples and special features touts solid bets like crispy-soft fried avocado tacos, to be consumed at a Speedy Gonzales pace. True to the restaurant’s name, the tacos are so good, you’ll want to order mas tacos, por favor (more tacos, please). Now, if they only had a hammock for a post-lunch siesta.

A casual eatery with a formal approach, don’t let Rolf and Daughters‘s communal tables and humble past (the restaurant is housed in a 100-year-old factory) fool you. The staff here take food and beverage seriously, so much so that Bon Appétit Magazine crowned it one of 2013’s top 10 new restaurants in America. This seal of approval is well-deserved. Bartenders tinker with crystal wares and the freshest ingredients to craft cocktail perfection; cooks pair unexpected comfort food, like corn, mint, pecorino, and pickled Fresno salad. For a chance to taste Rolf and Daughters’s deliciousness, go early and sit at the bar, or make a reservation, because Rolf is a culinary chart-topper. 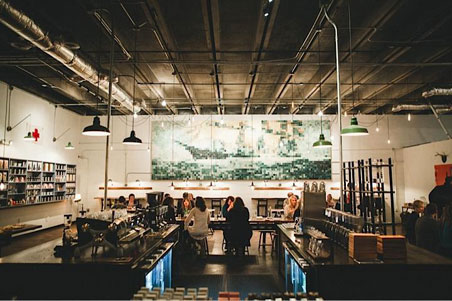 A bevy of famous songs has been penned at Barista Parlor, a warehouse-like coffee shop set just outside of downtown Nashville. A record player scratching classics sets the mood, and a set-up mimicking a lab churns out the coffee. Don’t miss the breakfast sandwich, served on a wooden board with a dark blue handkerchief as the napkin. All-important aesthetics aside, it’s as good as it looks: bacon and eggs are hemmed in by a thick Southern biscuit. While a few friends chat over joe, most of the patrons fly solo, deep in concentration, tickling the ivories of their MacBooks. Don’t be surprised if your favorite crooner mentions Barista Parlor in their latest tune: after all, the coffee shop is a hit unto itself.

Nashville born and raised Las Paletas is far from a one-hit wonder. The Mexican Popsicle shop comes out with hit after hit without any preservatives or artificial colors. Sample staples like strawberry or watermelon, or experimental flavors like creamy basil and rose petal that keep the fans coming back for more. If ice cream is more your beat, they’ve got you covered with options like creamy avocado, chocolate-almond, and heavenly hot chocolate with chili.

The Loveless Cafe is about 30 minutes outside of town by car, and the mini road trip is worth it for the seamless service alone. Around since 1951, The Loveless knows a little something about Southern cooking, with all of their recipes time-tested and created from scratch. Start off with homemade biscuits before indulging in breakfast entrées like pit-cooked pork and eggs—munching on this massive dish is sure to sustain until dinner.