Beaches Kaila Yu Do You Enjoy Visiting Hawaii? You Should Pay a Fee
Home  >  News   >   Where to Eat in Madrid

Where to Eat in Madrid

The dining scene in Madrid is often overshadowed by those found in the Catalonia and Basque regions, with their smattering of Michelin-starred restaurants. But the country’s capital is finally starting to rack up its own culinary accolades. In addition to the ubiquitous tapas joints that we know and love, chefs in Madrid are busily crafting world-class dining experiences (including the city’s only three-Michelin-starred restaurant), while food markets are emerging as the new late-night hot spots. Here are five foodie pilgrimage points to sniff out on your next Madrid vacation. 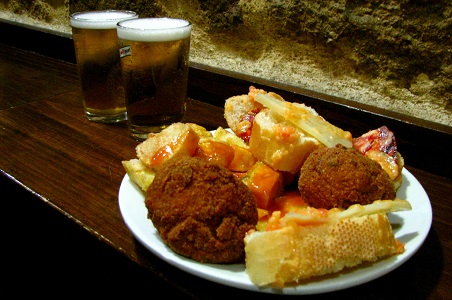 For the quintessential Madrid tapas experience, head straight for El Tigre, in the heart of the Chueca district. Beloved by both locals and tourist alike, the eatery combines super-cheap prices with abundant free tapas served alongside each beverage. Whether you order up a Coke, wine, or beer, you’re ensured that a busy waiter will come bounding toward you, precariously balancing a tray of tapas on his shoulders, with treats like patatas bravas, croquetas, and Jamón ibérico. 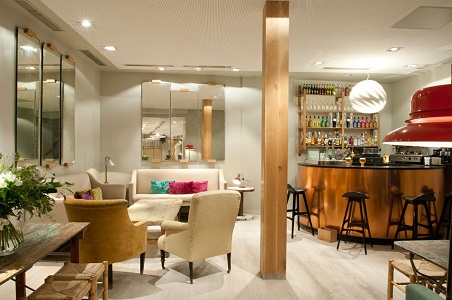 When it comes to restaurants, sometimes it’s simply location, location, location—and when the food also happens to be excellent, that’s just a bonus! While the Lateral portfolio of restaurants includes six locations, the Santa Ana Lateral hovers above the rest thanks to its prime positioning on Plaza Santa Ana. In the summertime, the restaurant’s terrace opens, and tables spill onto the plaza so that diners can enjoy the lively sights and sounds of downtown Madrid. Tapas at Lateral are refined yet approachable, and easy on the wallet, too. Try the pinchos degustación, a six-piece platter featuring some of the most requested tapas on the menu, like smoked salmon covered in melted brie, and chicken breast topped with sweet onion marmalade. 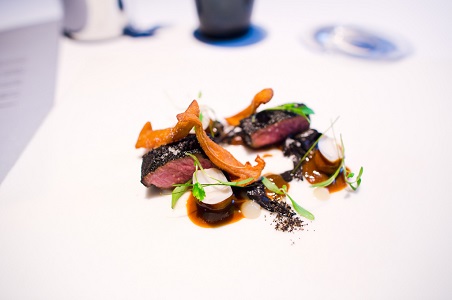 No true foodie can leave Madrid without indulging at the city’s only three-Michelin-starred restaurant, DiverXo. After receiving the coveted honor on November 20, the waiting list for this unconventional fine-dining experience has jumped to a staggering six months—but we think it’s worth the wait. Once a table is secured, diners can choose between a short (7 courses) and long (11 dishes) menu of Spanish-and-Asian fusion creations. Meals at DiverXo are an attack on the senses, where presentation, taste, and smell are literally changed mid-bite, as cooks run to and fro the kitchen to add ingredients to a diners’ plates throughout their meal. Make your reservation now! 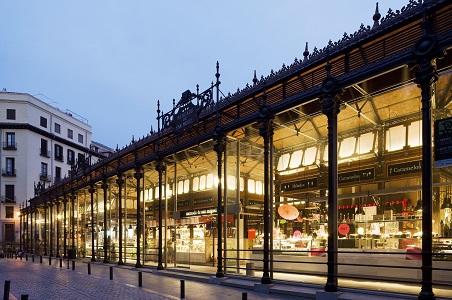 Set just steps from Plaza Mayor and Restaurante Botín (the oldest restaurant in the world) is the city’s culinary nerve center, Mercado San Miguel. Dating to 1916, the market was purchased by investors in 2003 and reopened in 2009 after a multiyear restoration. More than 30 specialty food and beverage vendors are set up under its vaulted roof, and during the day, the market is bustling with locals picking up salted cod from Casa del Bacalao or fresh pasta from Il Pastaio. In the evening, the mood shifts to reflect the storied nightlife of Madrid—impeccably dressed Spaniards enjoying smoked salmon tapas, oysters and champagne from Daniel Sorlut, and chocolate churros from Horno de San Onofre. 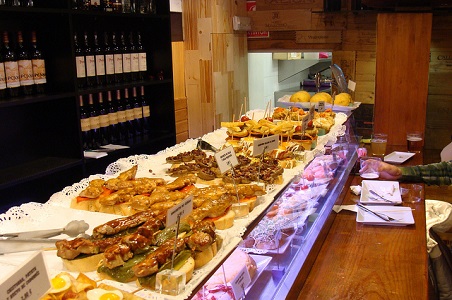 Calle Cava Baja in Madrid’s La Latina neighborhood has become the place for tapas among the young and fashionable crowd. For a taste of Basque country, try Taberna Txakolina, which specializes in the region’s traditional pintxos, or, small, skewered snacks. You’ll feel like you’ve just been dropped into Bilbao, as Taberna Txakolina features the typical quirks of a Basque bar—a walk-up-and-order counter, walls decorated with oars and pieces of wine crates, a large cowbell to signify when your order is up, and a menu of some 30 pintxos taunting you from behind glass shelves. We love the calabacin relleno de merluza, baked cod wrapped in thin, fried pieces of zucchini, skewered to sliced baguette.

Madrid-based freelance writer Shayla Martin covers cuisine,culture, hotels, spas and destinations. She is the founder of YourLandMyLand, a travel and lifestyle blog that inspires solo, immersive travel experiences around the world. Follow her on Twitter and Instagram @Yourlandmyland.