Coronavirus Leila Najafi Want to Stay in Costa Rica for Over a Year? A New Law Might Help You
Home  >  News   >   Where to Eat in London Now

Where to Eat in London Now

London’s culinary scene has never been hotter. In this food-obsessed city, the hard part isn’t finding a great place to eat but narrowing down your choices. Right now, the city is having a love affair with Spanish tapas bars and ramen noodle joints, and there’s an obsession with American junk food (Five Guys and Shake Shack recently opened up shop). Whether you’re looking to tuck into a gourmet hot dog, or blow the budget on something finer, we’ve got you covered. 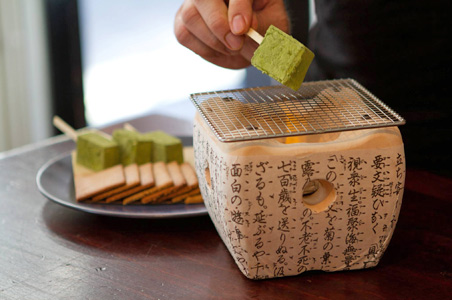 Go ahead, giggle at the name but the cuisine here is no laughing matter. Opened by the team behind the wildly popular ramen shop Bone Daddies, Flesh & Buns is inspired by Japanese izakayas. The star attraction are hirata buns which are served with meat, ranging from slow roast lamb to sea bass with coriander miso. Sashimi, oysters and prawn tempura is also on the menu, and it can all be washed down with sake or a yuzu and raspberry presse. 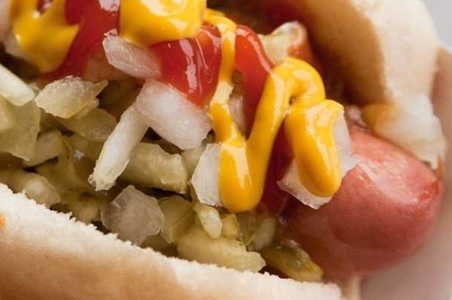 Champagne and oysters is a classic coupling, but at this snug 35-seat restaurant, bubbly is paired with an unlikely food—hot dogs. The couple behind this red-hot restaurant are alums of Cophenhagen’s world-renowned Noma. They pour single estate champagne, craft beer, and innovative cocktails, along with a selection of gourmet hotdogs. The K-Dawg is topped with kimchi and fermented bean paste, while the Date Dog comes with roasted garlic and pickled onion. 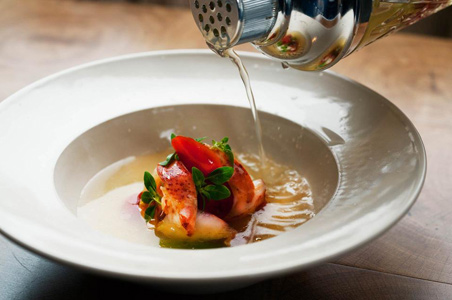 Following in the footsteps of veggie-centric restaurants like NYC’s Dirt Candy, The Grain Store tips the menu to focus on vegetables rather than meat and fish (although they do make an appearance). Located in a converted industrial building in East London, The Grain Store serves brunch, lunch, and dinner in a vast, open kitchen space. Salad options include a peach, salted watermelon, and basil combo. For something heartier, there’s a butternut squash ravioli with sage and mustard apricots, or a corn and quinoa tamale, served with salsa and sticky pork belly. Don’t miss the extensive and innovative cocktail list which features smoked and herb infused drinks. 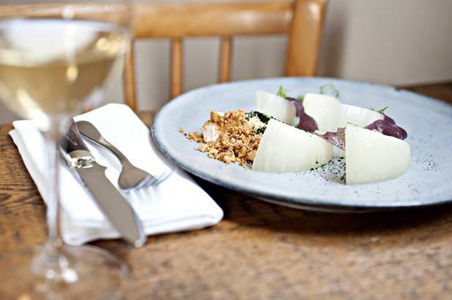 The team behind this new restaurant is a group of London foodie hot shots known for their pop up restaurants. But now chef Isaac McHale has found a permanent home in what is arguably London’s buzziest restaurant. The Clove Club, located inside Shoreditch Town Hall, has no set menu so diners are at the mercy of the chef and his set menu, for £47 per person. Although the menu is constantly changing, past dishes have included nuggets of buttermilk fried chicken served on a bed of pine needles, anchovy infused lamb, and slow poached pheasant egg served with radish. 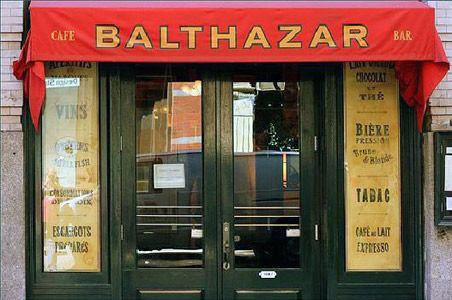 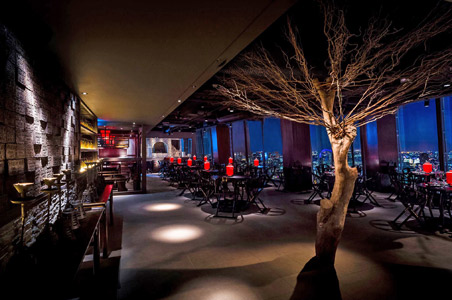 Located on level 33 of the iconic Shard (the tallest building in Western Europe), Hutong serves cuisine from Northern China along with panoramic views of London. Brace yourself for spiciness. Some of the standout dishes include crispy soft shell crab with Sichuan dried chili, and deboned lamb ribs served with pancakes. There’s also an extensive dim sum menu (rose champagne shrimp dumplings, anyone?) 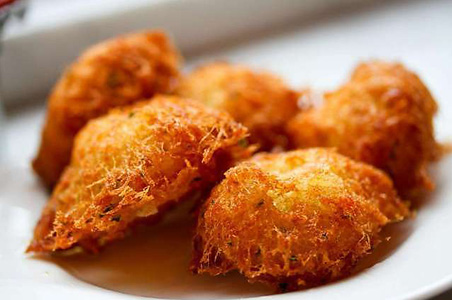 Spanish chef Jose Pizarro established himself at his tapas restaurant Jose, which is perpetually jammed. His newest restaurant, Pizarro, is a much bigger space and offers a straight-forward menu of classic Spanish tapas. Don’t come here for foams, jellies, or other culinary twists; instead, Pizarro focuses on using top-notch local ingredients into pared down dishes such as Ibérico pork meatballs, salt cod al pilpil, and slow braised beef stew.