Where to Eat in LA Now

Laidback though it is, there are a few manners to mind when dining around Los Angeles these days. The most important is one you learned in nursery school: "sharing is caring." The food scene in LA right now is all about ordering a bunch of plates and moving them around the table, sampling bits and bites of each. Here are five of the most buzzed-about spots offering tastings around town. 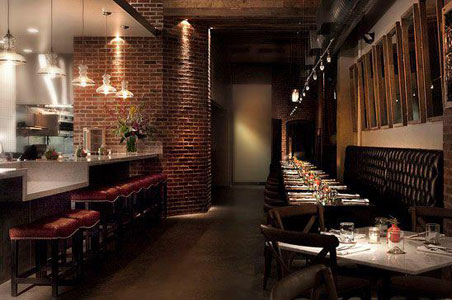 The scoop: At buzzy chef Andrew Kirschner’s first restaurant, indie rock from the likes of Vampire Weekend plays overhead, Del Destino tomato cans are stacked on wooden shelves, and water is served in glasses made from recycled wine bottles. And what’s that woodsy smell mixed in with the duck leg confit and jerusalem artichokes? Could be walnut, could be almond, apple, oak, or olive. "Depends on his mood," said a waiter of Kirschner’s wood-burning oven techniques. Fire away. 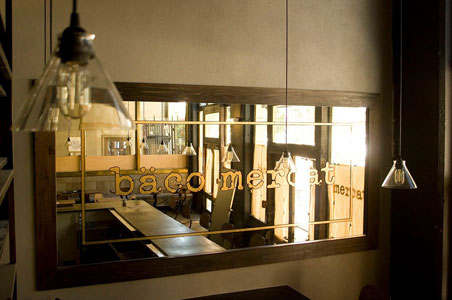 The scoop: At this downtown spot in the Old Bank district, Edison bulbs hang from the ceiling and the bartenders are so good looking, they’ll be wiping the drool from your dropped jaw along with the ring from your Boston "bittah"-filled cocktail left on the wooden bar.

You may come for Texan chef-owner Josef Ceneno’s famous "baco" sandwiches, stuffed with crispy shrimp or pork belly, but you’ll come back for the dessert, mainly the banana cream pie rice pudding with salted caramel sauce. It puts famed Magnolia Bakery’s to shame—this coming from a longtime New Yorker! 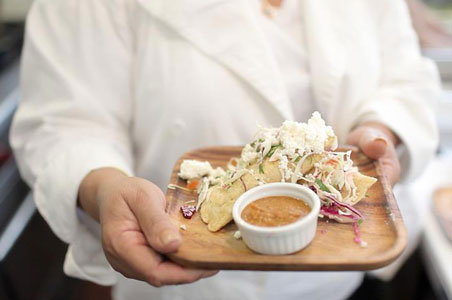 The scoop: The Oscar that opened this casual hangout near the beach ain’t no grouch. In fact, the vibe at Oscar Hermosillo’s popular lunch spot is friendly and totally chill, dude. Grab a seat on the wooden outdoor deck, order a spicy michelada and fill up on Peruvian-inspired grub that ranges from bright-colored seafood ceviches to burgers with a "not so secret sauce." 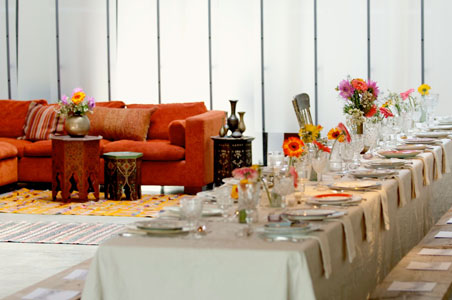 "Night In" at the Elysian

The scoop: This three-course, prix-fixe, culinary-adventure is a hyphenated hidden treasure that’s well worth being discovered—even if it requires parking on a dark side street in what seems like an abandoned part of town. Once you walk through the front gate, and pass the landscaped garden, you’ll enter a foodie wonderland devoid of the "overblown schtick and over-determined practices" found at standard restaurants, says creative director (and former line cook at Canelé), David Thorne.

With only one shot to reserve your seat (the Monday prior) and just 60 spots to fill, be ready at the mouse: "There seem to be people who have set an alarm so they can make a reservation!" according to Thorne.

The reasonable $40 feast does not include alcohol, so consult the menu posted on the site before deciding between a Pinot Noir and a Pinot Grigio. 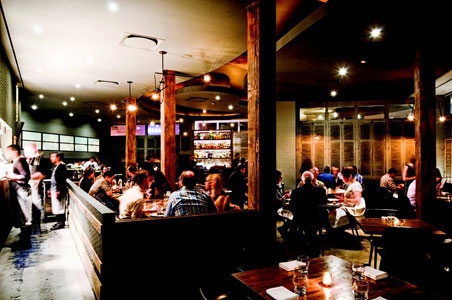 The scoop: Fans of Top Chef are flocking to ink., opened by season six winner (and the badder half of the Voltaggio brothers), Michael. The tattooed, outspoken contestant has succeeded in creating a space that buzzes with excitement, starting from the dizzying array of clever cocktails described in a leather-bound binder menu to the kushi oysters served in a flowerpot. Even the cutlery gets A-list treatment: Each piece is placed on a small piece of smooth slate.

Diners happily shout over Cold War Kids and the Black Keys, while sampling small plates of cuttlefish in peanut-coconut cream and shisito peppers with a twist (by way of almond-bonito sand, aka bread crumbs) and tofu mustard. Go hungry or go home.