Where to Eat in Chicago Now

As a child growing up in the Chicagoland area, I had a comprehensive education in Chicago culinary classics. From thick milkshakes served by sassy waiters at Ed Debevic’s to hearty burgers at R.J. Grunts, and, naturally, plenty of Chicago-style hot dogs and deep-dish pizza, I ate at all the kid-friendly, touristy spots.

And so tracking new restaurant openings in the Windy City became a lifelong hobby, though now I focus more on wine lists and higher end fare. From a restaurant partly run by a former Chicago Bulls player to the city’s largest indoor-rooftop-restaurant, and even a food-focused tavern whose inspiration is borrowed from the 1700s, there’s a crop of brand-new eateries now that represent Chicagoans’ deep and abiding love for food. Even as the cold creeps in from Lake Michigan, the restaurant scene continues to heat up. Here are seven hot spots for a warm meal. 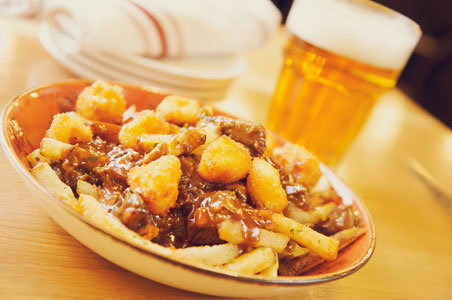 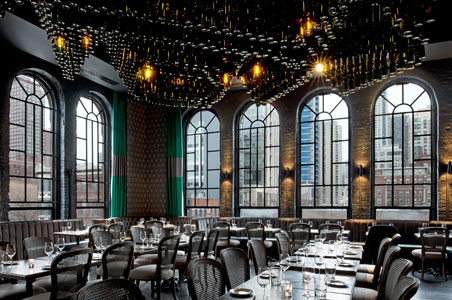 Details: As America’s youngest female master sommelier (in 2003), Alpana Singh made a name for herself overseeing the wine list at Everest and serving as director of wine and spirits at Lettuce Entertain You Enterprises. Now 36, she opened her own restaurant, The Boarding House, in late December. The menu (divided into small, medium and large plates, with dishes like grass-fed beef tartare with caper aioli, parsnip chips and pickled vegetables or lobster poutine with cheese curds) is poised for crafting wine pairings from a 30-page list that features selections from Lebanon, Greece, and Catalonia, as well as Left Bank and Right Bank Bordeaux and California appellations. 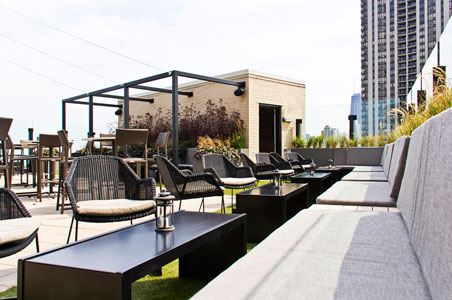 Details: Even with a dusting of snow on the ground, Hotel Lincoln’s The J. Parker is still open, with a 55-seat glass-enclosed space on its 13th-floor rooftop. The menu—created by Michelin-star chef Paul Virant, who also operates the ground-floor Perennial Virant—uses many in-season ingredients for dishes that dance between mid-century favorites and modern treasures. You’ll find such treats as punch-bowl drinks, ricotta and spinach pierogies, Walleye pike spread on toast, and gingerbread for dessert. Mixologist Erin Hayes takes diners to a different region around the world each month through a special cocktail menu inspired by a new place, whether it’s Cuba or Mexico. 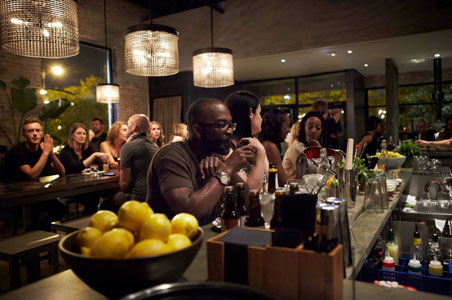 Details: Open since August, this new eatery from Michael Jordan (yep, the former Chicago Bulls player) and the Cornerstone Restaurant Group specializes in Asian barbecue. But this is way more than barbecue ribs. Instead, the menu spans Asia, plucking out the best flavor sensations from many regions. Tea-smoked duck breast is served with steamed buns, Asian pancakes are baked in a wood-burning oven and salmon is wrapped in banana leaves, and then grilled. Even the desserts are off-beat (think Vietnamese cinnamon donuts with huckleberry jam). On the "belly bites" (or tapas) menu are four savory intros to the meal, like Thai style fried chicken and olive-oil poached shrimp with red Thai curry sauce.

Details: This 18th Century-inspired tavern—City Tavern, open since June—attempts to time-travel you back to an earlier era when you lingered over cocktails. Only this time, those drinks are paired with foods inspired by well-traveled sailing routes through Spain, Portugal, Germany and the West Indies. Try the pork-loin sandwich prepared schnitzel-style or wild-boar sausage hash for brunch, and braised rabbit leg with egg noodles and pretzel-bread crumbs or smoked salmon with duck-fat fried johnny cakes for dinner. Desserts pair up unique flavors, such as apple pie with Wisconsin cheddar. 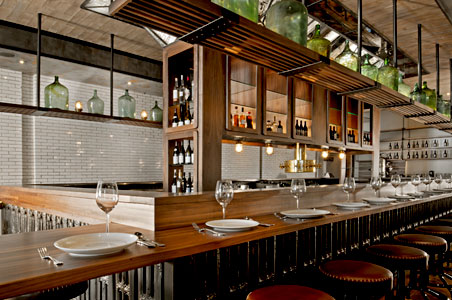 Details: Open since July, Trenchermen Restaurant—owned by food-loving brothers and chefs Michael and Patrick Sheerin of Everest, Blackbird, and wd-50 fame—pairs off-beat flavors into one dish while using Midwestern farm ingredients. Fried chopped liver with egg-yolk jam or pork shoulder braised in milk are examples of the Sheerin twist on down-home cooking. Instead of traditional sweet potatoes, an order here is Japanese-inspired with miso cream, beer vinegar and radishes. Located inside the historic North Avenue Bath House, the vibe is precisely what the Sheerin brothers intended: an early-20th Century beer hall.

Details: Graham Elliot’s latest restaurant joined the out-of-the-box chef’s grahamwich and graham elliot restaurant locations in June, and it’s just as whimsical as the chef-owner’s other eateries. Exposed-brick walls, black tufted booths and mirrors hung on the wall contribute to the gritty-meets-elegant vibe. Seasonally-focused items on the brunch and dinner menus are playfully organized into sections like "raw & simple" (like Spanish mackerel and citrus cure) and "odds and ends" (escargot potpie), as well as obvious categories ("land" and "pasta and flatbread"). For dessert, the chocolate-chip cookies are served with a glass of milk for a childhood throwback.