Where to Eat and Drink on Nantucket

Every year, hundreds of wine enthusiasts, winemakers, and chefs travel 30 miles out to sea to kick off the summer season with the Nantucket Wine Festival. If you happen to land on Nantucket the weekend before Memorial Day, you and your taste buds can take a wine tasting trip around the world without leaving your luxury island digs at this 4-day smorgasbord.

But since now’s the time to pack onto the island (and you missed this year’s festival), we caught up with many of the festival’s culinary and wine luminaries to discuss its most gastro-forward restaurants. Here are their 7 sensational picks for where to dine, what to eat, and what wines to pair it with. 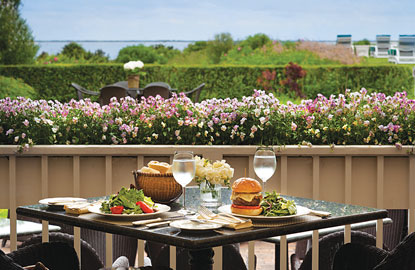 Topper’s at the Wauwinet

The wine list at Topper’s, managed by cellar master Craig Hanna, is a veritable tome with 1,450 labels and 20,000 bottles of wine to choose from. But their award-winning wine cellar is not the only reason to head out of town to the luxurious Wauwinet Inn. Executive Chef Kyle Zachary’s cuisine will have you wishing you could try everything on the mouthwatering menus at Topper’s restaurant and the more casual "Deck." Topper’s also offers waterfront dining, and the view overlooking Nantucket Sound can’t be beat. 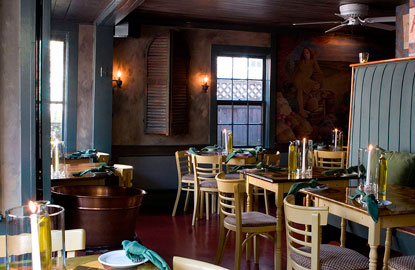 As the name suggests, American Seasons specializes in seasonal American cuisine. Chef Michael LaScola has a reputation for his creative take on our country’s favorite regional dishes, and in particular, for his amazing pork entrees. The versatile wine list created by LaScola’s wife and business partner, sommelier Orla Murphy-LaScola, is also all-American, boasting 538 wines—most of them from small producers in America’s major wine regions. 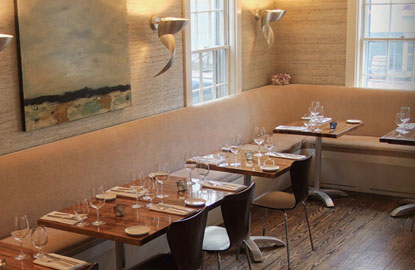 Nestled into the center of town, Dune is a restaurant that Nantucket foodies frequent both on-season and off. Chef-owner Michael Getter’s cuisine, locally sourced from regional farms and select purveyors, is not only inspired but consistently good and reasonably priced. In the summertime, you have the choice of dining inside with the ambiance and A.C. or outside on the rustic patio.

Pairing Tip: Manager Bill Sabine suggests pairing Dune’s grilled pork chop with pickled cherries, smoked bacon, and summer vegetables with the 2009 vintage of POV by Robert Sinskey. "The rich plum and cherry on the nose, the earthy tea leaves and tobacco on the palette and the firm though not overpowering tannins complement the fattiness of the pork nicely," says Sabine. 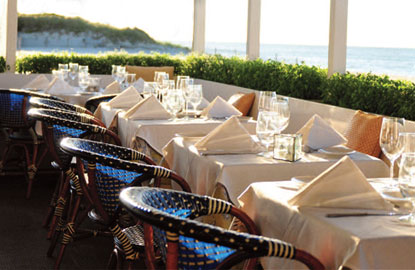 The beach chic Galley is one of the only restaurants on Nantucket where you can wine and dine with your feet in the sand—or firmly on the floor of the oceanfront dining room. It’s an institution. Ask anyone. But the most impressive thing about the Galley isn’t the setting or the star sightings, or even the formidable selection of Old and New World wines, it’s the sumptuously innovative "coastal" cuisine that executive chef W. Scott Osif has been turning out every summer for the past 8 years.

Pairing Tip: Chef W. Scott Osif recommends pairing his feuillantine of Nantucket lobster with jicama and mustard sprouts with the 2010 Russian River Valley Sauvignon Blanc from Merry Edwards, which complements the dish with its floral notes, ripe melon, peach, and hints of grapefruit, citrus and pear. 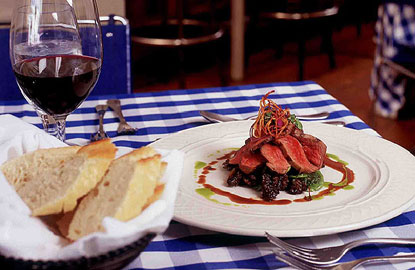 Another island institution, Le Languedoc has been serving classic southern French fare to Nantucket’s Francophiles for more than 35 years. These days, Chef Anthony Nastus is the mastermind behind the elegant cuisine served at this cozy downtown restaurant. The wine list is French-forward, naturally, with a nice selection of additional Old and New World wines. You can choose to settle into the refined upper level dining room, or hobnob with the locals outside on the patio or in the casual bistro below.

Pairing Tip: Owner Alan Cunha and chef Anthony Nastus teamed up to concoct this New World meets Old World pairing of Pride Mountain Vineyard’s 2008 Merlot from Napa’s Spring Mountain District with the Languedoc’s classic roast Cornish hens stuffed with pork and Armagnac-soaked prunes. "Pride’s Merlot is full-throttle with abundant flavors of mocha, roasted herbs and coffee, which makes a nice marriage with the stuffing," says Cunha, who adds: "The balanced fruit and aromas of black cherry are also a great complement to the Cornish hen without overshadowing the dish." 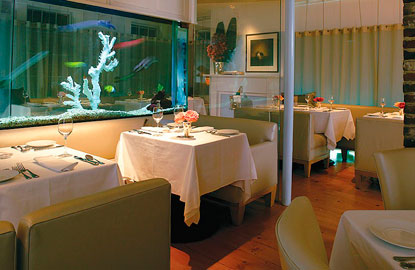 Seth and Angela Raynor own three of the most popular restaurants on the island, all of which are distinctly different. The Pearl is like the sophisticated older sibling of the group with its sleek South Beach-esque décor and its upscale ambiance. New England meets Asia in the coastal cuisine served by executive chef Seth Raynor and chef-de-cuisine Liam Mackey, and the results are as artful as they are delicious. The Pearl also offers an extensive wine list that includes selections from many interesting sub-regions as well as the major players.

Pairing Tip: This summer, wine director Stephen Bowler is fired up about pairing the Pearl’s lemongrass & cilantro beer BBQ, which comes with green papaya salad, candied cashews, traditional sticky rice, and Thai green chili sauce, with Sean Larkin’s 2007 Cabernet Franc. "The BBQ beef is a Pearl classic. It is a complex, dark, exotic, full-bodied, and full-flavored dish, and Sean Larkin’s award-winning full-flavored Cab Franc offers both a complement and contrast," says Bowler. "It’s a big wine, but the velvety tannins keep the pairing right where it needs to be so that both the food and the wine share center stage." 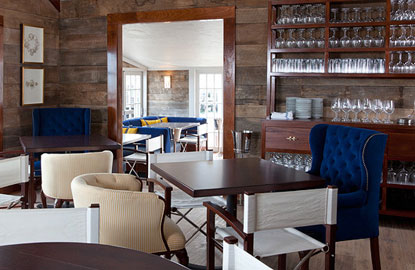 The new kid on the wharf is Cru, a swanky raw bar that serves up a daily selection of oysters and tiered seafood "plateaus" with a harbor view. Executive chef Erin Zircher also offers an enticing menu of cooked fare sourced from local fishermen and farmers that she infuses with Mediterranean flavors. The wine list is short but sweet, featuring a lot of lesser-known varietals, especially in the whites.

Pairing Tip: Sommelier Jenny Benzie is loving the way Cru’s 1 ½-pound lobster, which comes out of the shell, sautéed with butter, and served with whipped potatoes, baby carrots, green beans, wild mushrooms, and English peas pairs with Miner Wine’s 2010 Viognier. "The summer vegetables are fresh and crisp, straight from farms here on the island, and they pair perfectly with the floral components of the Viognier," says Benzie. "The richness and texture of the lobster and potatoes are also a great match for the richness of the wine."