Beaches Kaila Yu Do You Enjoy Visiting Hawaii? You Should Pay a Fee
Home  >  News   >   Where to Eat (and Drink) in D.C. Now

With election frenzy in full force, it’s easy to overlook that D.C.’s other obsession: food. Cavalier chefs, avante-garde cocktails, and culinary entrepreneurs are helping the nation’s capital loosen its power tie (along with its belt) and take its position on the cutting edge. Can we really get great eats and drinks in D.C.? Says a recent visit: Yes we can. 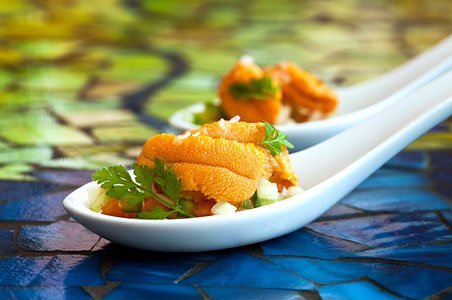 Recently reopened after a full-body renovation, Jose Andres’s Penn Quarter flagship, Jaleo, looks years younger in its new attire: glass-topped Fooseball tables, beaded curtains swagged just so, stools made from repurposed Vespa seats. The design, by Andres’s longtime friend Juli Capella, vibrates with energy, a fun backdrop for parades of smart tapas: oysters "alla Gallega" gently warmed and oiled, charred squid in its own ink, and picnic-sized jamon Iberico sandwiches, to name a few. Pitchers of sangria populate the tables, but the smoked and sous-vide cocktails really deserve the attention. Don’t miss the bracing gin-and-tonic sorbet, hemmed in a bank of sparkling tonic foam, or the restrooms, where gleeful faces on the photo-mural floors seem to cheer you on as you do your business. At Jaleo, even that is worth a round of applause. 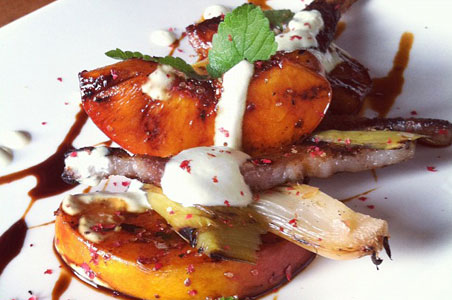 Imagine being so popular you have to scale back hours just to find a second to regroup and breathe? That’s the state of affairs at Toki Underground, an always jumping H Street ramen joint that looks like a cross between Noah’s Ark and a Taipei subway station. It’s now closing at midnight (instead of 2 am) on Fridays and Saturdays and on Sundays altogether, quality control according to owner/Tonkotsu maestro Eric Bruner-Yang. You’ve got to respect a chef willing to sacrifice covers for quality, but it’s hard to imagine how his rich, pork-bone broth and springy house-made noodles could possibly get any better—besides adding the optional soft-boiled egg, of course. 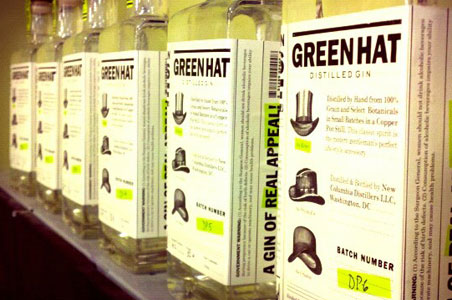 Named for an emerald-capped bootlegger infamous for slaking Capitol Hill’s thirst during Prohibition, Green Hat Gin just dropped its first bottling of booze on D.C. this month. Crafted in small batches in a copper pot still, the herbaceous, bell-clear spirit comes courtesy of New Columbia Distillers, D.C.’s first distillery in over five decades. Currently, Green Hat is available at Schneider’s of Capitol Hill or (the more fun option) direct from the distillery, located in the district’s Ivy City section, Monday through Friday, for cold hard cash. 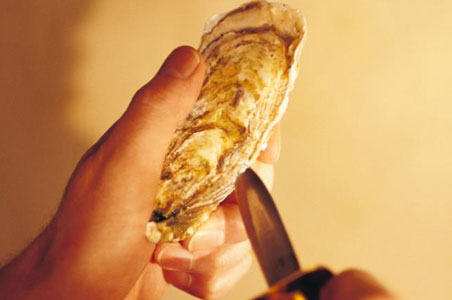 When the developer EDENS sought to create a contemporary version of D.C.’s old Union Terminal Market (torn down in 1931), they recruited Jose Andres veteran Richard Brandenburg to curate the collection of the restaurants and retailers. He installed (and is in the process of installing) Trickling Springs Creamery, Righteous Cheese, offshoots of food trucks DC Empanadas and TaKorean, and more in the bright, industrial space in the Northeast section of town. But this early in the emporium’s existence (it only opened in September), the bulk of the love has ridden a one-way street to Rappahannock Oyster Co. Do like the locals and grab one of the paper menus scattered about the raw bar and order up a bowl of silky chowder (perfect on soon-to-be chilly nights) and a dozen of owners Ryan and Travis Croxton’s sustainably farmed Virginia oysters. 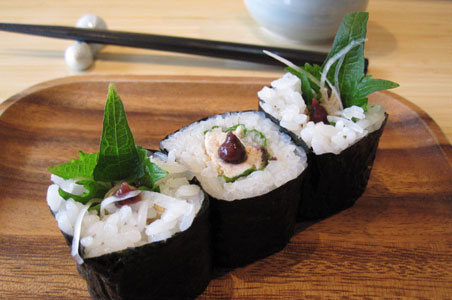 The aroma of smoldering wood (but thankfully, not the attendant smoke) envelops the young, lively scene at the well-ventilated Kushi, an izakaya in D.C.’s gentrifying Mount Vernon Square. Pristine sashimi, elaborate rolls, and carefully wrought fusion bites season chefs Darren Norris and Yorihisa Wakayama’s menu, but here it’s all about interesting things served on skewers, brushed with various glazes and seared over charcoal or hardwood. Think fatty duck thighs, tile fish marinated in miso, and succulent Japanese eggplant, all best washed down with an icy Hitachino. Like what you eat? Kushi does classes on subjects like sushi making, Japanese grilling, and "How to Order Sake."