News Sorrel Moseley-Williams The New President of Chile Has Chosen a Very Unusual Place to Live
NewsWhere to Drink Wine in Vail, Colorado

Where to Drink Wine in Vail, Colorado

I am not a skier. So the thought of coasting up and down snow-covered peaks while clad in a puffy down jacket really doesn’t resonate with me enough to spring for an airline ticket. However, I don’t give a thumbs-down to all ski destinations. I have learned that many posh ski spots are also home to equally lavish restaurants (with lengthy, impressive wine lists) and wine bars. While in Vail, Colorado, which is the kind of charming village setting where you can browse the culinary offerings on foot, I put my palate to the test. For such a small town, the food and wine scene mirrors that of big cities. 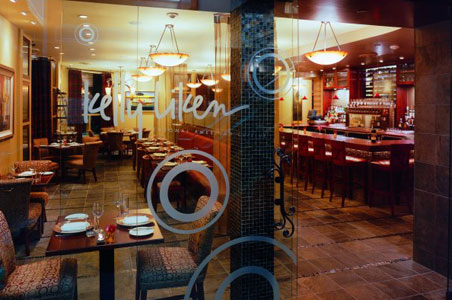 One of Colorado’s best-kept secrets is that the wines actually made in this state are quite good. Included in the wine list at Restaurant Kelly Liken—yes, it’s the namesake restaurant of chef/owner and Iron Chef Season 7 contestant Kelly Liken that opened in 2004, its cozy but colorful dining room smack-dab in the village—are sommelier Lisa Lockhart’s favorite Colorado wines, like Sutcliffe Vineyards’ Syrah. The 250-selection list also dabbles in lesser-known American and French picks, including Pinhead Red’s Zinfandel blend (Russian River Valley, California) and Owen Roe Winery Yakima Valley Red Wine (Saint Paul, Oregon).

Fifty wines are available by the carafe and glass pours, allowing you to build a flight. Want to leave it to chance? Staff can bring you the wine-flight of the day. Each trio of pours gets a creative name, like "Bursting with Bubbles" or "The Knights of Whites." As for the food, if you like hearty ingredients with Colorado roots—from prosciutto to Rocky Mountain elk carpaccio—this is your place. For the best tour of the eclectic, seasonal menu, opt for the three-course prix-fixe menu (plus starters and dessert) for $74. 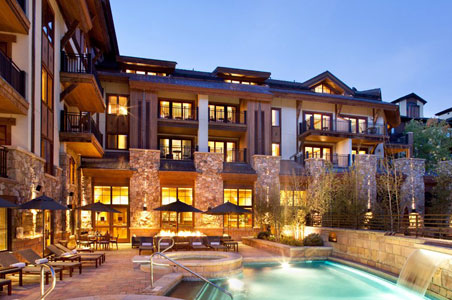 Tucked into this boutique hotel—think rustic warm materials like woods and stones paired with chic, stylish fabrics for a luxe mountain-living feel—are a variety of reasons why wine lovers might want to bunk here. Partnering with well-known Mexican artist Manuel Felguerez, a piece of art was commissioned for the restaurant’s private-label wine. Although the 100-room hotel’s been open since January of 2011, Leonora is the brand-new restaurant that debuted in December with a menu of alpine-inspired bistro fare (think tapas matched with wines) and a 1,000-bottle wine list with unique finds like Kracher Zweigelt Rose Trocken (Austria) and the luscious 2006 Pax Cuvee "Christine" Syrah (North Coast, California). Hint: ask for the four-page reserve wine list if you really want to splurge. The options include 1995 Veuve Clicquot "La Grande Dame" (Reims, France), 2005 Domaine Romanee Conti (Burgundy, France), and 2004 Opus One Cabernet Sauvignon (Napa Valley, California). 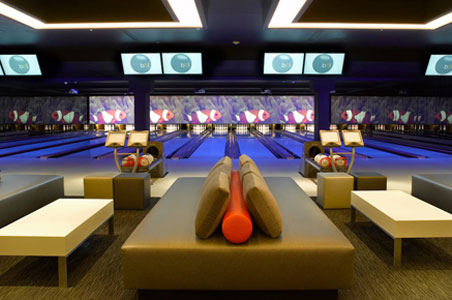 What could be better than a low-brow game of bowling paired with a high-class glass of wine? Bol, which opened in summer 2010, does just that. Twenty-one wines are available by the glass in addition to 100 bottles on the bowling alley’s wine list. The by-the-glass options aren’t run of the mill; instead, the list contains 2008 Acustic Cellars Winery Garnacha and Samso blend (Cataluna, Spain) and 2009 Domaine St. Eugenie La Reserve Corbieres (Languedoc, France). The dinner menu—a full menu in the bowling alley’s dining room and available lane-side—is several notches above your average bar food with farm-to-alley selections like Colorado lamb ravioli with Humboldt Fog chevre, pea shoots, and tomato broth; or the "pampered duck" pizza topped with duck, taleggio, apple butter, and truffled mousse. 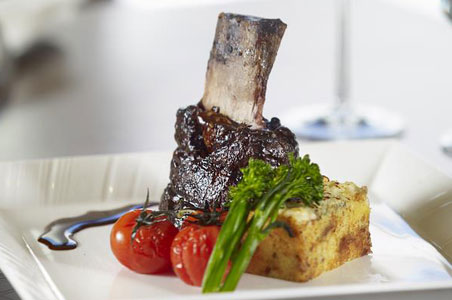 At the gateway to Vail Village is the glam 121-room Four Seasons Resort Vail, open since late 2010. During the day, relax with a mug of signature Haut Chocolate (Valrhona chocolate and steamed milk prepared in a French hot-chocolate pot and topped with a chocolate lattice and fresh whipped cream) churned tableside in the Fireside Lounge. Flame hosts decadent dinners featuring house-made rubs and sauces inspired by Colorado (San Juan ancho rub, Breckenridge bourbon nectarine demi-glace) and ingredients grown or harvested from within 100 miles. The menu is playfully divided into sections: the cooked, the raw, the garden, "from our 1800° char broiler," and "you only live once" (with sides menus of "going over the top"—think mashed Maine lobster or seared Hudson Valley foie gras; and "just because you can"). To pair with these decadent foods, turn to the New World-focused wine list that highlights bottles from Oregon, California, and South America. Create a flight via the by-the-glass menu of around 30 choices, all poised to pair well with the rich Coloradan menu.