News Apeksha Bhateja Europe's Airports Are Chaos This Summer. And Now There's Another Problem
Home  >  News   >   Where to Drink in LA Now

Where to Drink in LA Now

Bars in LA, as you might expect, run the gamut from swanky hotel bars with classic cocktails and celeb-filled nightlife haunts to dimly lit hipster bars and quirky themed spots that draw locals. But they also cater to a car-centric town (designated driver, anyone?) and close at 2 am. So you’ve got to choose where to spend your night wisely. Luckily, we hit five of the newest and most buzz-worthy watering holes to give you a shortlist of where to go first. 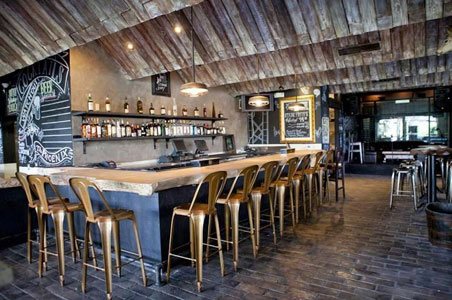 Los Angeles gets a taste of the country with this farmhouse-inspired new bar in Beverly Hills. We’d like to think The Phoenix would have served as Jed’s (of the Beverly Hillbillies) go-to place. Expect two 20-foot-long wooden bars, an adobe fireplace, potted trees, wooden everything, and a no-frills bar menu that includes only one item for food: steak frites. To give the bar a Hollywood hipster twist, guests can expect a game room with a contemporary pool table, dart boards, and shuffle boards, not to mention an eight-draft craft beer menu and eight classic tipples like Bulleit Rye Old Fashioned.

Drink: AleSmith Speedway Stout on tap, one of the most sought-after Imperial stouts ever

Likely to be a fixture in Downtown LA thanks to its swelling gentrification is The Lash, opened early this month. It’s in the middle of nowhere (think black door in dark alley) but once you step inside you’re subject to hip, contemporary, artsy cool. It feels more like a rich kid’s massive industrial loft space with exposed pipes, concrete pillars and, well, a dance floor. Could this be the reinvention of rave? Not really, considering the punk rock music and tribute to the Pogues (the bar’s name is a take on one of their albums). Even still, there’s Murphys Irish Stout and a bevy of cocktails with your name on it. 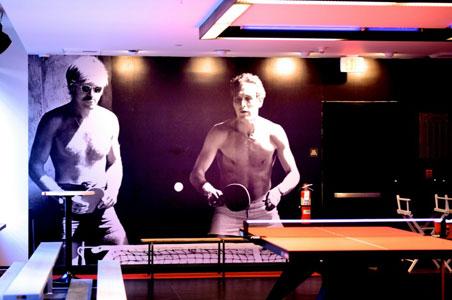 Those who can hold a cocktail in one hand and a ping-pong paddle in the other will find themselves right at home at Spin Galactic, now officially on the second floor of Standard Downtown LA. The table tennis social club co-created by Susan Sarandon and Andres Balazs amps the hip factor at this hotel with two rooms of eleven tables. It’s the new Downtown craze for 20- and 30- (and we’ve seen 40-) somethings who like to munch on bites by Top Chef alum Micah Fields. And you don’t have to be America’s Next Top Ping-Pong Player to get in (but it would help if you want to score a date). Spin Standard is setting the standard (put intended) for Downtown’s social scene. Choose a beverage from the ping-pong themed cocktail menu to truly embrace the occasion. 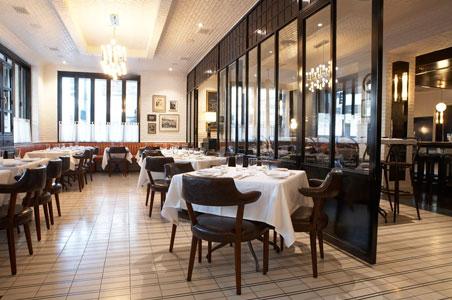 Take all your impressions of Beverly Hills dining and throw it out the window: the new-and-improved Caulfield’s at Thompson Beverly Hills is now equipped with a new chef, menu, and mixologist. Caulfield’s brings a different kind of dining experience, one that’s more T-shirt/jeans in a laid-back atmosphere. Grab a table, booth or stool at the bar. On board is executive chef Stephen Kalt of Fornelletto at Atlantic City’s Borgata creating a farm-to-table menu that has some comfort-food fixtures like brined and fried chicken. The highlight at the bar is new mixologist Jeremy Back who’s spearheading an inventive cocktail list with farm-to-table ingredients.

Don’t expect a quiet night out at Emerson Theatre, which just opened last month from the notorious SBE Entertainment Group (which owns major establishments like The Abbey and Jose Andres’ Bazaar). This new club brings to mind a Prohibition-era burlesque joint with some scantily clad cocktail waitresses and "talent." If the patrons aren’t here to be seen, they’re most definitely there for the scene. Celebrities from Vin Diesel to Paris Hilton have already made their grand entrances, and bottle service in a plush booth is common in these quarters. Emerson Theater showcases performances, DJs, and live music guaranteed to make one night here quite memorable.

Drink: Melon Cartel (tequila and honeydew) is the poison of choice.