Beaches Kaila Yu Do You Enjoy Visiting Hawaii? You Should Pay a Fee
Home  >  News   >   Where to Drink in Boston Now

Where to Drink in Boston Now

Boston and booze have shared a long and loving history, from the days of ale-guzzling Puritans to the debut of the country’s first whiskey distillery and subsequent boom of breweries and bars. The latest chapter? A proliferation of modern craft-cocktail establishments, a movement which many credit restaurant Eastern Standard as having sparked off. Talented bartenders Boston-wide are busy flexing their artisanal mixology muscles—reinventing old classics and whipping up original concoctions—at restaurants, bars, and nouveau speakeasies across the city. Here’s a list of five must-sip venues to get your Boston booze groove on right now. 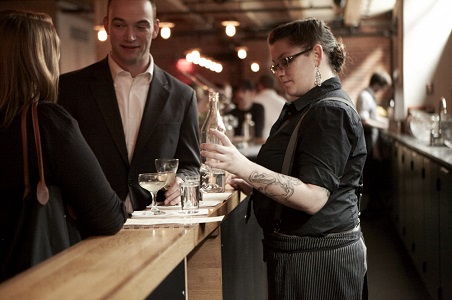 Named the "World’s Best Cocktail Bar" for 2013 at the Tales of the Cocktail Spirited Awards, this perpetually busy five-year-old libation haven, located beneath Fort Point’s Sportello restaurant (both venues are the handiwork of Boston powerhouse chef/restaurateur Barbara Lynch), has a fun hook. At Drink, you order by naming a favorite spirit, flavor, or even mood, and bar manager John Gertsen and staff will draw from their vast mental catalog of cocktails—there’s no written menu—and whip up anything from a speakeasy classic to a completely bespoke concoction. While the wait to get inside can be lengthy, you’ll absolutely appreciate the room to breathe and party vibe maintained inside.

What to Order: There’s a small food menu on hand, but one of the best items is not written down—be sure to ask for Chef Chris Henry’s amazingly delicious cheeseburger.

There’s no signage for this Cambridge Central Square cocktail speakeasy, set next door to Central Kitchen. Exposed brick (hence the name, Brick & Mortar) and low lighting provide atmosphere for a hipster clientele drawn in by foodie-friendly nosh, like a remoulade-slathered fried oyster po’ boy and duck confit and gruyere sauce-topped shoestring fries, plus ever-changing menus of flavor-driven cocktails, and carefully curated tunes that are sometimes spun on old-fashioned 45 record players. 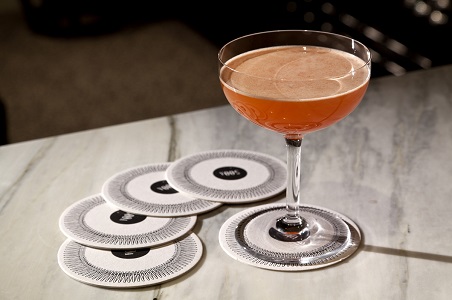 It’s all about flavor at two-year-old The Hawthorne: In fact, vodka, considered a neutral spirit, is completely absent from its 23-page, multi-chapter cocktail menu. Cofounded by Boston bartender deity Jackson Cannon and located within Hotel Commonwealth, The Hawthorne is divided into two distinct lounges decorated and furnished as if part of someone’s home—bookcases, desks, framed photos, various couches and chairs, drink carts, and fittingly, actual bars.

Spawned by Somerville’s exalted set-menus-only restaurant Journeyman, speakeasy-ish craft cocktail lounge Backbar is home to bar manager/co-owner Sam Tredway, formerly of Drink and Eastern Standard and winner of Boston Magazine’s “2013 Best Bartender” honor. Tucked down an alleyway sans signage in Somerville’s Union Square, this high-ceilinged industrial space, partially tagged by graffiti, boasts a cocktail menu with categories like "Classics," "Current Choices," and "Mocktails." One plus to being part of Journeyman is the scrumptious international nibbles on hand, including spicy caramel corn, pork belly buns, and an advance reservation-only Omakase menu of three cocktails and small seasonal plates, on select nights.