What’s New in Mexico City: Openings and Trends in the Distrito Federal 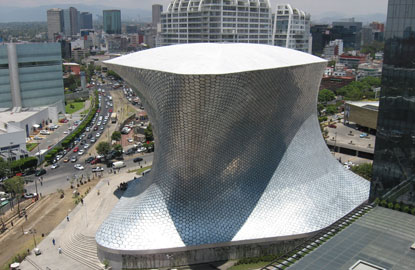 For years, Ricardo Muñoz Zurita has traveled Mexico, documenting recipes and sourcing ingredients to create the hearty, authentic dishes at his Café Azul y Oro on the campus of UNAM. In January he launched the more central AzulCondesa (Neuvo León 68, Condesa, 55/5286–6268, www.azulcondesa.com), which, despite the ritzy location, he purposely kept as affordable as his national-university establishment. 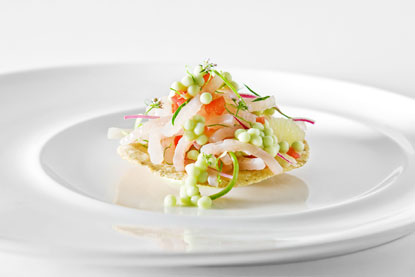 If you want to splurge, you have to do it at Pujol (Francisco Petrarca 254, Polanco, 55/5545–3507), where chef Enrique Olvera continuously re-invents Mexican cuisine. The presentation is contemporary, but the ingredients and cooking techniques are true to their Mexican roots. Plus, this place and its chef consistently make it onto "world’s top" lists.

Hotel Brick, a 17-room boutique property in the up-and-coming La Roma district, attracts a well-dressed crowd. Early in the evening, worldly diners saunter to and from chef Richard Sandoval’s restaurants. Later, aspiring-to-be-worldly twentysomethings vamp up and down the stairs in time to dance music pumping from basement-level Bar Brick.

Need a place for quiet conversation? Consider the courtyard-restaurant-bar at the Condesa df or the rooftop deck bar at the Habita hotel, which has a mix of hushed and happening spaces where you can sip mezcal and peoplewatch. For a weeknight cocktail try the loungy, mid-century modern Whiskey and Terrace Bars at the W.

The city’s clean-air initiatives continue with public-transit expansions; the introduction of low-emission buses; a bicycle-loan program; and incentives for taxi drivers to use newer, cleaner models.

Speaking of taxis, the days of the scary unofficial VW Bug cabs are over. The new official cabs are white with gold-and-maroon detailing and have posted driver credentials. Although they’re easy to spot, you’re still safer picking them up at sitios (stands), rather than on the street.

Mexico City has also consulted security experts worldwide to create crime-prevention programs. Among the resulting initiatives is the installation of 8,000 security cameras—an unprecedented harnessing of technology to help the police do their jobs. The surveillance system also includes loudspeakers for crisis announcements, fire alarms, and panic buttons.

In addition, Mexico’s civic and state leaders are now working together to combat petty crime, an effort that led to a large police offensive in the capital and elsewhere in mid-June.

Even with such measures, it will be some time before you can say that Mexico City is truly safe. On your visits, continue to exercise caution, and be mindful of your surroundings and belongings at all times.