News Christina Mueller Yes, You Can Visit Los Angeles Without a Car. Here's How to Use the L.A. Metro Subway System
NewsWhat’s New in Europe Summer 2010

The tumbling euro may be enough to inspire some travelers to take a European vacation this summer. But in case added incentives are needed, we’ve come up with another 16 reasons why you should go now. 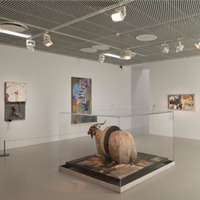 Metz, in France’s Lorraine region, finally makes it onto the tourist map with the opening of the Centre Pompidou-Metz. Located 80 minutes via TGV northeast of Paris (home to its renowned parent museum), this affiliate houses impressive exhibits. After all, works by modern masters like Picasso, Matisse, Miro, and Man Ray share wall space inside. Thanks to its undulating architecture, the exterior is pretty impressive too. Want more? A pair of striking new Scandinavian facilities—Moderna Museet Malmö in southern Sweden and the Heart Herning Museum on Denmark’s Jutland Peninsula—also turn the spotlight on contemporary art. A fourth spot deserving a shout out is the Zaha Hadid-designed MAXXI National Museum of 21st Century Art which just opened in Rome.

The Play’s the Thing

All the world isn’t really a stage but you could be forgiven for thinking all Oberammergau is. Half the Bavarian village’s population—some 2,000 folks in all—band together to depict the life, death and resurrection of Christ in the Passion Play. The open-air extravaganza has been performed once a decade since 1634, making it the longest-running theatrical event in history. This year’s five-hour production is on from May 15 to October 3. More performing arts news worthy of a standing ovation: Naples’ Teatro di San Carlo, a historic edifice notable for gorgeous gilding, has opened again following an extensive €67-million restoration. Meanwhile, the über-modern Grand Canal Theatre, a 2000-plus seat venue designed by starchitect Daniel Libeskind, has debuted in Dublin. 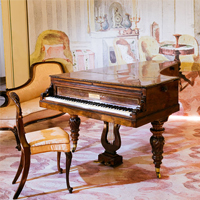 In Poland this year the hills—along with the halls, churches and street corners—are alive with the sound of music as citizens celebrate the bicentenary of native composer Frederic Chopin’s birth. Chopin 2010 boasts a long line-up of events, ranging from concerts, exhibitions, films and lectures to themed tours. The well-orchestrated affair will be capped by the Frederic Chopin Piano Competition, to be held in Warsaw October 1 to 23. Not to be outdone, Leipzig hosts a 325th birthday bash for Johann Sebastian Bach; and Vienna follows suit by honoring Gustav Mahler’s 150th. Procrastinators needn’t fret about missing out on the latter in 2010, though: noteworthy events continue through 2011 as the Austrian wunderkind’s admirers commemorate the 100th anniversary of his death.

Blasts from the Past

Berlin’s Neues Museum prepares for its first summer season since being reopened after a 70 year lapse. That’s welcome news for fans of the distant past as the museum showcases artifacts from prehistoric times through the classical period (treasures “recovered” from Troy are standouts). In England, the Museum of London tackles a different era. It has just cut the ribbon on the Galleries of Modern London: five exhibit spaces tracing the city’s evolution from the Great Fire of 1666 to the present day. Of course, if you yearn for a historic experience that’s moving in more ways than one you can walk the Camiño de Santiago in northern Spain. 2010 has been declared a Holy Year, so the centuries-old pilgrimage route will be packed this summer. The last one was in 2004 and there won’t be another until 2021.

For the broadest selection of events, activities and new attractions make tracks for Istanbul, Pecs in southwest Hungry, or Essen in eastern Germany. These diverse destinations have been designated as the European Capitals of Culture for 2010 and all are vying for your attention. The first two both engagingly blow their own horn. Yet it is Essen, perhaps, that takes the proverbial cake. Committed to overcoming its grimy rust-belt reputation, the entire Ruhr Valley region has undertaken 300 projects and slated 2,500 events over the course of this year. Highlights include the christening of a museum established in a former mine building, a specially-commissioned musical staged in cooperation with the Dresden State Opera, the creation of a 37-mile-long banquet table, and a massive plein-air street party.