News Apeksha Bhateja What Are the Chances You'll Get Monkeypox at a Hotel?
NewsWhat We Learned at Aspen’s Food & Wine Classic

What We Learned at Aspen’s Food & Wine Classic

The tents are down, the chefs went back to their kitchens, and attendees of the granddaddy of all food fests may have finally slept it off. If guests at the 31st annual Food & Wine Classic in Aspen weren’t dizzy from the altitude or free-flowing alcohol, then their heads were spinning from the offering of nearly 100 tastings, seminars, cookbook signings, and parties. We did our best to hit as many of the highlights as possible. Here’s what we packed up for take-away… 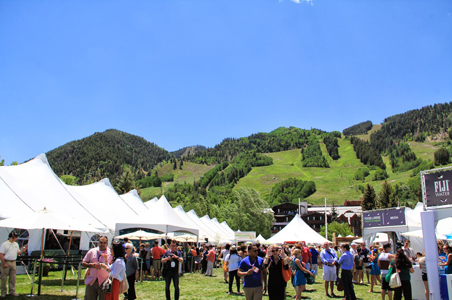 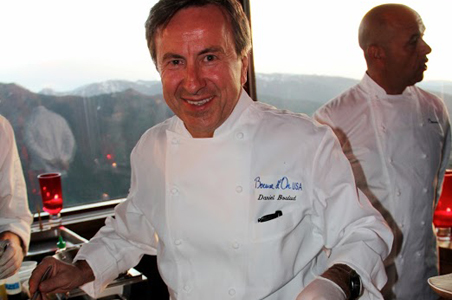 2. Daniel Boulud is the happiest man in the world. He just celebrated 20 years of his flagship restaurant; he helms one of the most successful eating empires in the world; and he’s getting married next week at the swank Glenmere Mansion in upstate New York. He’s even catering his own wedding, telling us, "I am going to keep it simple. A lobster entrée and a cheese course will definitely be on the menu." But the real sign of his uncontained mirth: he tore up the dance floor at the Best New Chef 25th Anniversary party until the fete’s bitter end. 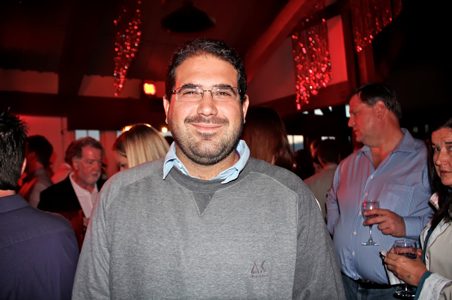 3. Our favorite San Juan chef, Jose Enrique Montes, and his parents, in from Puerto Rico, were just as surprised as we were that Food & Wine "Madonnaized" him by dropping his last name in his magazine profile (and in all signage and promotion for Best New Chefs). Happy to see, however, F&W naming its first Best New Chef from Puerto Rico in its 25-year history.

4. Can you say EataLatino? Chef Richard Sandoval (Pampano, Maya, Venga Venga) revealed that he is at work at a "Latin version of Eataly," the first of which is slated to open in Chicago. Watch out Mario Batali! 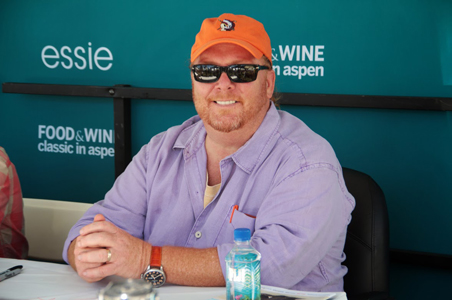 5. But it definitely pays to be a Batali. Mario’s sons, Benno and Leo, were the only under-21s allowed in the Grand Tasting tent to sign their Batali Brothers Cookbook.

6. Pittsburgh is it, so says Bizarre Foods’ Andrew Zimmern. He literally couldn’t stop talking about the city all weekend, hailing it as the next crafty, artisanal food Mecca a la Portland and Austin. Who knew? 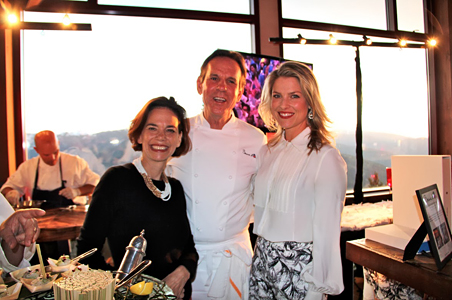 7. Is Ali Larter (Heroes) the new Gwyneth Paltrow? The actress, who lingered at Thomas Keller’s station at the Best New Chef 25th Anniversary party, divulged she has a cookbook coming out, focusing on dinner party menus.

8. And is Portland, Oregon’s Jenn Louis the next Marcus Samuelsson? Samuelsson is no longer the only chef with fashion cred, as Louis (Lincoln, Sunshine Tavern) just collaborated on T-shirts with Flavour Gallery. Our favorites: "Gluten is NOT the Devil" and "Winner Winner Chicken Dinner." 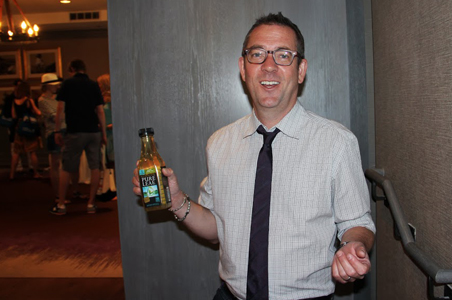 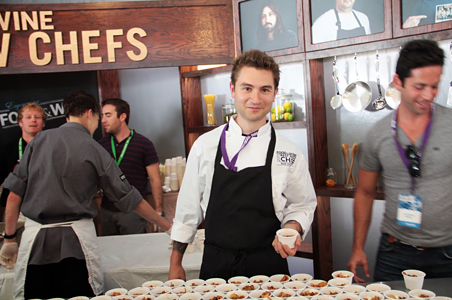 The Food & Wine Classic sold out in record time this year. Nab your tickets early to the weekend’s events in 2014. (And perhaps start detoxing now.)