News Christina Mueller Yes, You Can Visit Los Angeles Without a Car. Here's How to Use the L.A. Metro Subway System
NewsBest Shows in Vegas

Dub it the year of the musical in Las Vegas. Entertainment news coming out of Sin City is full of the sound of music whether it’s the tunes of the Beach Boys, the head banging of the heavy metal era, the blues of an American Idol star, or the country twang of Nashville’s top couple. 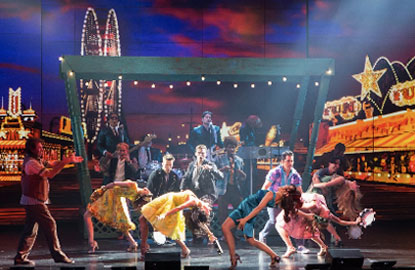 The sounds of the Beach Boys took over the stage at Planet Hollywood Resort last month when Surf the Musical opened. Pair up bronzed performers with dance moves straight out of the ’60s in Southern California and dolled up costumes for this summertime love story. The soundtrack? The Beach Boys songs sung by the cast eight times a week.

The show shares a space with Peepshow, the topless burlesque show that uses fairy tales to tell its tale. The star there, Holly Madison, the former girlfriend of Playboy magnate Hugh Hefner, plans to leave her role as Bo Peep come Dec. 30 after a three-year run and more than 1,000 performances. 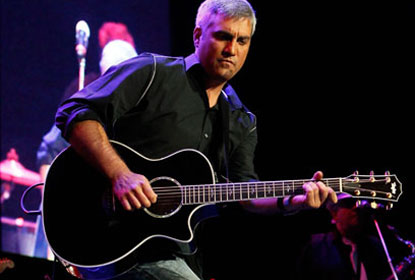 The winner of Season 5 of American Idol has a short residency in the Indigo Lounge at Bally’s Las Vegas. Taylor Hicks plays bluesy songs of his own creation and renditions of favorites from Southern soul, R&B, country, and more (Elvis, anyone?) make the cut at this show. Hicks just added dates through Aug. 25, but after that, there’s no guaranteeing how long he will stick around. 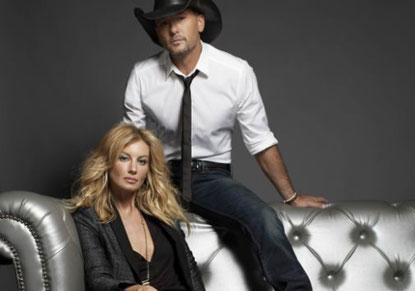 This Broadway musical transported to the desert six years ago to perform in one of the most lavish showrooms in Vegas. Phantom drops its last chandelier Sept. 2 at the Venetian, but fear not. The resort already announced two shows to take its place.

First up, Rock of Ages, the Broadway musical with songs from Def Leppard and more, comes to the Venetian in December. Not many details have come out about the actual show, but for now The Bourbon Room, the primary setting of the musical, has a home at the resort with ’80s hair band rock and whiskey galore to get guests in the mood.

Just announced, country superstar couple Tim McGraw and Faith Hill plan to perform a 10-week residency dubbed Soul2Soul at the Venetian as well. The country music couple will sing together on stage starting December through April on select weekends with four shows at a time. The couple plans to parachute in for performances that will include their duet ballads and hits from both performers.

They join country legend Garth Brooks, who performs on select weekends at Wynn Las Vegas, and Shania Twain, who begins her residency at the Colosseum at Caesars Palace in December as well.

Also departing the Venetian, the Blue Man Group, heading south on the Strip to the Monte Carlo beginning Oct. 10. The new version of the show involving three bald guys caked in blue paint plans to take some new risks with robots and new technology to highlight the comedy. The performers promise to take the show to the casino floor as well, bringing Percussipede, a musical centipede of percussion instruments, musicians, robots, and puppets snaking its way through the resort. 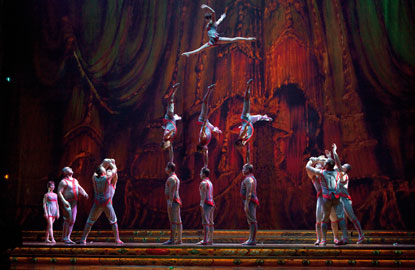 Wondering where to eat before (or after) the show? Check out our roundup of great new restaurants on the Strip.