Beaches Angelique Kennedy-Chavannes This Infamous Spring Break Destination in Texas Is Actually a Creator Incubator
Home  >  News   >   What to Do This Summer in Paris, NYC, Rome, Las Vegas, London, and DC

What to Do This Summer in Paris, NYC, Rome, Las Vegas, London, and DC

It is that time of year, when the sun (and birds and trees and relaxed smiles from otherwise serious city dwellers) comes out in full force, inviting us out of our cloistered apartments and into the world. There are some places that draw us in over and over again for both their storied sights and endlessly cool vibes. So we took stock of six of the most popular summertime destinations—Paris, NYC, Rome, Las Vegas, London, and Washington DC—to see what’s new for this year. And, as expected, we found ample new restaurants and buzz-worthy cafes, exciting exhibits and enticing festivals, and a string of new hotels offering everything a summer traveler could want. 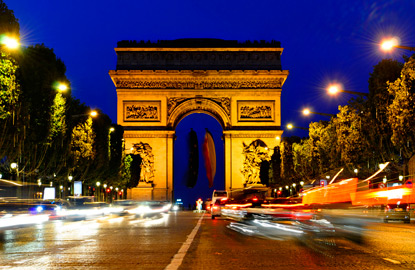 Why Go Now: Even the most severely stylish Parisian lets her hair down in the summer. Find locals grooving at la Fete de la Musique (June 21), when thousands of musicians turn the city into a giant concert hall; sunbathing at the Seine-side pop-up pools and beaches of the Paris Plages project (July 20-Aug. 20); and attending free screenings of at the Parc de la Villette’s Cinema en Plein Air (July 25-Aug. 26). The film schedule isn’t set yet, but if 2011’s lineup is any indication, expect anything from Taxi Driver to La Haine.

Where to Stay: Like a dainty pastel macaron, Paris hotels are never big enough. Avoid cramped quarters by taking shelter at My Boutique Home (rates from $899/week) on the fringe of the aristocratic Marais. Fully renovated last year, the two apartments—book them together to really stretch those weary legs—have floating fireplaces, wrought-iron spiral stairs, and gourmet kitchens to make the most of the nearby Marché des Enfants Rouges.

Start Planning: For up-to-the-minute hotel, restaurant, and shopping reviews, as well as the best planning advice, check out our Paris Travel Guide. 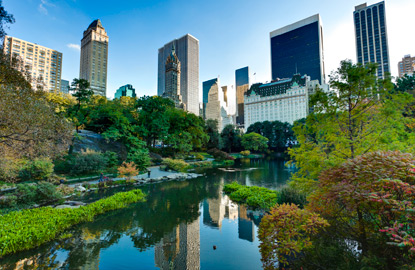 Why Go Now: Manhattan’s elite have absconded to their summer manses, leaving young New Yorkers to retake the city. While it might not boast an ocean, there’s a bevy of outdoor pursuits in swing, the coolest of which take place on Governor’s Island, according to The London Hotel’s concierge Nick Cejas. Think jazz-age lawn party (June 16-17), burger cook-off and kimchi-eating contest (July 6-7) and the third annual Pig Island (Sept. 10), a food extravaganza celebrating local pork and craft beer.

Where to Stay: The London Hotel (rates from $299/night) is where you’ll not only find Cejas, but also many a passing-through celeb. Sophisticated suites (Italian linens, Waterworks bathrooms) start at 500-square feet, nothing to wag a finger at in New York.

Where to Eat: Back outside on the Williamsburg waterfront, Smorgasburg (an edible offshoot of Brooklyn Flea) is the delectable Mecca of what New York magazine recently dubbed "Ye Olde Artisanal Brooklyn." Over 60 food entrepreneurs gather here every Saturday to sell everything from kimchi-topped franks at Asia Dog and cardamom marshmallows at Whimsy & Spice to gingered horseradish at ISH and fried anchovies at Bon Chovie. It’s particularly pleasant in early summer, when the weather isn’t yet warm enough to melt the mayo in your Red Hook Lobster Pound lobster roll. (Bonus tip: the year-old East River Ferry stops just feet from the entrance to Smorgasburg at the North Williamsburg stop.) 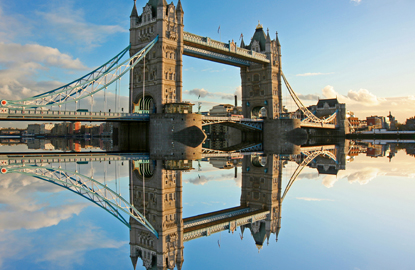 Why Go Now: This is the summer of anniversaries: Charles Dickens’s 200th, Titanic’s 100th, Queen Elizabeth’s 60th on the throne, marked by a Diamond Jubilee celebration (June 6) with floating pageant on the Thames. The royal event aligns with new unparalleled access to Kensington Palace (fresh exhibits on Diana and Victoria) and the Crown Jewels at the Tower of London. There’s also this little thing you may have heard of called the Summer Olympics (July 27-Aug. 12).

Start Planning: For up-to-the-minute hotel, restaurant, and shopping reviews, as well as the best planning advice, check out our London Travel Guide. 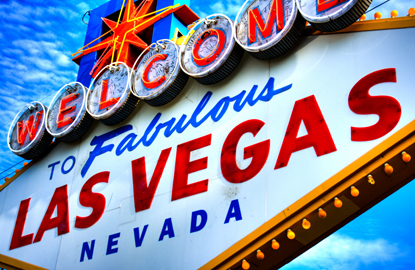 Why Go Now: You’ve heard it before, but it’s never been truer than this summer: There’s so much more to do in Vegas than gamble. The World Series of Poker comes to the Rio (July 1), while Idina Menzel (June 10), Diana Krall (Aug. 13), Steve Martin (Aug. 22), and more come to the Smith Center for the Performing Arts. Museums (blessedly air conditioned) abound, specializing in everything from the mafia (Mob Museum) to vintage pinball machines (Pinball Hall of Fame). With its "boneyard" of salvaged signs from the Strip, the Neon Museum proves one man’s trash is Vegas’s treasure.

Where to Stay: With more than a dozen restaurants (including Jaleo by Jose Andres and Comme Ca by David Myers) three pools, and a nightclub from the Tao crew, the glittering Cosmopolitan (rates from $140/night) isn’t short on amenities. But here’s why we’re booking there this summer: balconies. All the subtly luxurious condo-style Terrace rooms have them, a true rarity in Vegas. Reserve a Fountain View (rates from $230/night) for a drop-dead panorama of the Strip and Bellagio’s dancing waters.

Where to Eat: Two words: Japanese food. Vegas has the highest caliber concentration of Japanese cuisine this side of Tokyo, both on the Strip (Masa Takayama’s airy BARMASA at Aria, the Cosmopolitan’s outpost of New York’s Blue Ribbon) and off (Aburiya Raku, Kabuto).

Start Planning: For up-to-the-minute hotel, restaurant, and shopping reviews, as well as the best planning advice, check out our Las Vegas Travel Guide. 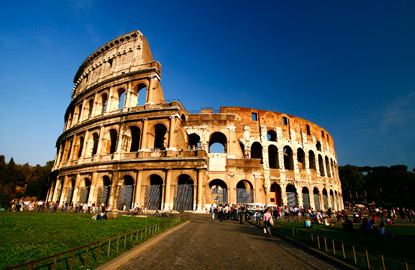 Why Go Now: There’s no getting around it: Roman summers are muggy and crowded (except in August, when the Eternal City becomes a latter-day Roanoke Island), but on the bright side: Trastevere’s secret Orto Botanico, a shady oasis with its own Japanese garden, is in bloom, and there’s hardly a better time to paddelboat to Tempietto di Asclepio island in the Villa Borghese’s stunning gardens. Rome Festival, which brings together international performance artists from all over the world, is really kicking this time of year, too; in June and July, catching a performance of Carmen or Falstaff is as common as licking a cone of gelato.

Where to Stay: After a long day sightseeing, repair to the chic Villa Magnolia Relais (rates from $240/night), a high-altitude retreat on the slope of Janiculum, Rome’s second tallest hill. The airy suites boast soothing cream, caramel, gray, and olive tones, complimentary WiFi, and views of and direct access to the villa’s exuberant garden. You’ll feel a world away from the city’s hot summer snarl, but the Vatican and the Coliseum are still only 20 minutes on foot, and at the bottom of the hill are the famed trattorias of Trastevere, of which Magnolia’s proprietors, Sante and Rafaella Quaglieri, unwaveringly recommend Da Augusto (15 Piazza de Renzi).

Where to Eat: After carbonara coma kicks in, take a refresher at Monti’s newish Aromaticus. Tucked inside an urban gardening oasis of the same name, the café serves cool and light carpaccio, organic salads, and beef tartare. Meanwhile at modern Metamorfosi in Parioli, chef Roy Caceres gives classics like maccheroni and sausage a playful, 21st-century spin. Try the 90 euro Assaporando option, a spontaneous, eight-course menu that Caceres and his crew invent on the spot.

Start Planning: For up-to-the-minute hotel, restaurant, and shopping reviews, as well as the best planning advice, check out our Rome Travel Guide. 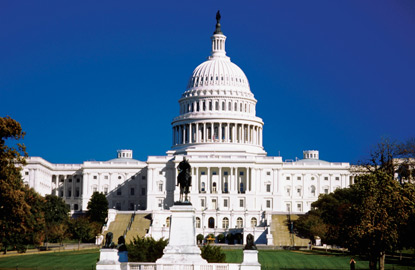 Why Go Now: Tourism is climbing in the nation’s capital, and there are few better times to see why than summer, when hotel rates drop and maddeningly popular restaurants exhale. Gastronomes, book passes to the Fancy Food Show (June 17-19), North America’s largest. Gamers, "The Art of Video Games," a Smithsonian exhibit (through Sept.) examining the evolution of gaming from Atari to Playstation should be on your radar. Epic destruction is on the menu for 2012’s NoMa Summer Screen, a free outdoor film series in Loree Grand Field; they’ll be showing Independence Day, Ghostbusters, Jurassic Park, and more through Aug. 8.

Where to Stay: Staying a mere mile outside DC can translate to big savings for both wallet and carbon footprint. Just across the Potomac, the Renaissance Arlington Capital View (rates from $149/night) opened this spring with a LEED Gold certification, only the third hotel to do so in Virginia.

Where to Eat: Summer is your best chance for snagging a four-top—larger parties strictly prohibited—at the subterranean Little Serrow off Dupont Circle. Served on a $45 pre-fixe menu that changes weekly, chef Johnny Monis’s razor-sharp interpretations of Thai recipes like naam phrik num will get you hot and bothered in the good way.

Start Planning: For up-to-the-minute hotel, restaurant, and shopping reviews, as well as the best planning advice, check out our Washington DC Travel Guide.