Coronavirus Leila Najafi Want to Stay in Costa Rica for Over a Year? A New Law Might Help You
Home  >  News   >   Fall 2013 Guide to Rome

Even in the Eternal City, summertime has to end. And thank goodness for that, because autumn is arguably the best time of year to visit, when the prices drop, the oppressive summer heat dissipates, and the massive throngs of tourists begin to thin out. Rome takes a moment to recover from the August holidays, when most of Italy shuts down for extended vacation. Locals claim that "nothing" happens here during the fall… except, of course, for Austrian balls, craft beer festivals, concerts, and the slow drift of fall foliage along the Tiber River. 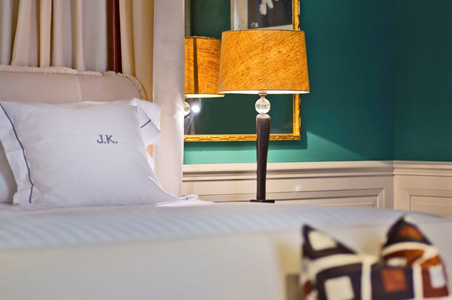 Mere paces from the ever-fashionable Via Condotti and the Spanish Steps, J.K. Place Roma adds a new hit of elegance. This ultra-swank boutique hotel is the newest member of Israeli hotelier Ori Kafri’s J.K. Place family, joining its Capri and Florence sisters. The Roman hotel retains the building’s 17th century facade, while housing 30 stylish rooms. Enjoy a drink on the rooftop bar—open even to the little people. 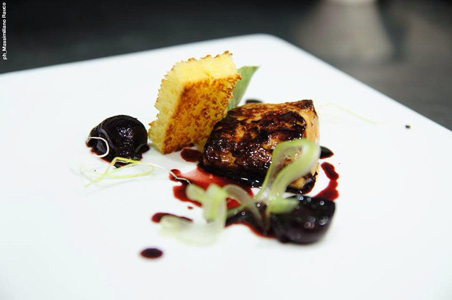 By the end of August and certainly the beginning September, most restaurants have re-opened from their summer hiatus. Italian cuisine is dependent on seasonal produce, so you’ll find fall menus popping up all over town. Truffles, mushrooms, squash, and chestnuts all invite you to indulge in dishes inspired by fall’s bounty. This is also prime time to dine out at some of Rome’s new culinary players, like chic Marzapane; the award-winning darling of Italian food blogs since it opened in March. This spring and summer, its eclectic farm-to-table bistro menu included an oyster appetizer with candied ginger, cream of apple, vodka-infused Italian ice, Lurisia tonic, and gold shavings; who knows what they’ll dream up for fall. Also making waves is the French-inspired Bistrot 64, which opened its doors in June. Chef Emanuele Cozzo creates simple Roman entrees, baguettes, and desserts with French flair. Try the sea bass rollatini, topped with shrimp and bathed in smoked broth or, for something sweet, the fig gelato.

And of course, a shining star on Rome’s culinary landscape since last year has been Eataly Roma, the Eternal City satellite of Mario Batali’s ultra-popular New York-based restaurant-slash-marketplace. 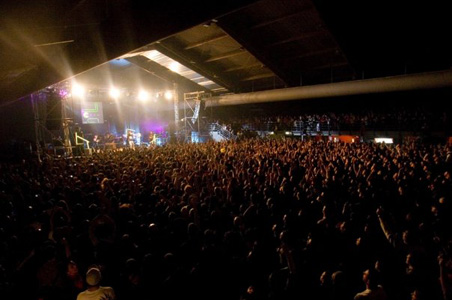 Fall 2013 offers a full roster of live shows and concerts.

Opera at Ponte Sant’Angelo Church. On Sunday and Monday evenings until the end of the year, enjoy performances of the world’s most beloved romantic arias, interpreted by internationally renowned artists. You won’t need subtitles to tell you that the theme of the event is "love."

Atom in Rome. Where rock meets classic music to create a new "Pink Floyd-esque" dimension of sound. Perhaps better described as an experimental concert that fuses rock, choral music, and violoncello as well as spoken word, dance, art exhibits, radio, video, and even lasers. Atom in Rome had two sold-out concerts earlier this year, and is back at popular request.

You haven’t heard Bob Dylan until you’ve heard him in Rome. Catch him at Atlantico Live.

Nick Cave & the Bad Seeds rock out at the Auditorium Parco della Musica. 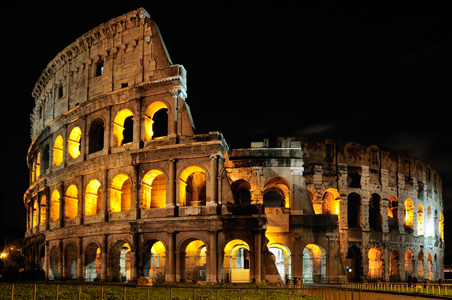 You could visit a gallery a day in Rome for the rest of your life, and still miss out on some great artistic treasures. Until November 5th, the Castel Sant’Angelo hosts an exhibit of precious archaeological finds that were stolen or looted from Italian museums and later restituted to the State. Take in Greek and Roman sculptures, masks, chalices, and sarcophagi in bronze and marble.

See Rome in a whole new light by trying a nocturnal tour of some of the city’s most famous monuments. Until November 2nd, CoopCulture offers 75-minute English language moonlight tours of the Colosseum’s arena and underground chambers for 20 euro.

Insider Tip: the Colosseum is considered to be haunted, so if you happen to be visiting Rome during Halloween season, consider this your ideal spook-a-thon. Halloween is fairly new to Italians, who celebrate a more traditional version of the holiday, inspired by Hollywood films. Numerous "hip" Roman nightspots host Halloween parties, including La Cabala and Jet Set.

From October 4th to February 2nd, 2014, the National Monument to Victor Emmanuel II will host an exhibit called, Paul Cézanne and the Artists of the 20th Century, dedicated to Cézanne’s genius.

For something a bit more current, head to MAXXI—Rome’s museum dedicated to 21st century art—for the Digital Life exhibit from October 9 to November 10. The exhibit is a Daniele Puppi project in collaboration with the architect Zaha Hadid; a merging of sound and video, a "work in regression."

The Vatican Museums are also open every Friday night from 7 pm to 11 pm until October 25th; take strolls through the revered halls against the backdrop of classical (and sometimes not so classical) music. A standard ticket costs 16 euro, but you can get an English language "guided tour for individuals" for 32 euro. Reservations are required. 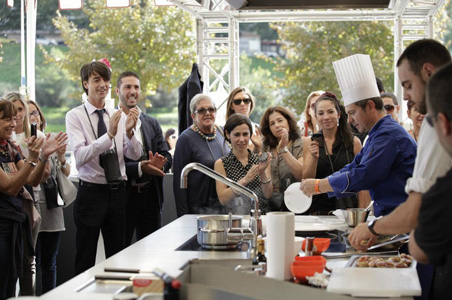 There’s a dearth of folk festivals (or sagre) in the fall, but two beer fests, one Taste of Roma, and a folk festival are all on tap to entertain you…

Oktoberfest in Rome at the Ippodromo di Capannelle! This is Rome’s 4th annual version of Oktoberfest, complete with rivers of Bavarian beer and kiosks selling Bavarian artisanal products. The Oktoberfest "village" offers free concerts and events, and is flanked by a vehicle expo, including vintage automobiles, Harley Davidsons, and limousines.

Fermentazioni. An artisanal beer festival at the Officine Farneto. An eight euro entry fee gets you access to beer tastings, documentary viewings, and demonstrations of the craft.

And if you simply must take in a folk festival, consider a day trip to nearby cities in the Rome province, like medieval Norma, which hosts a beautiful chestnut festival on October 26-27. Snack on zeppole fritters and earthy polenta smothered in boar ragout; and dance to the beat of traditional Italian folk music under the stars. 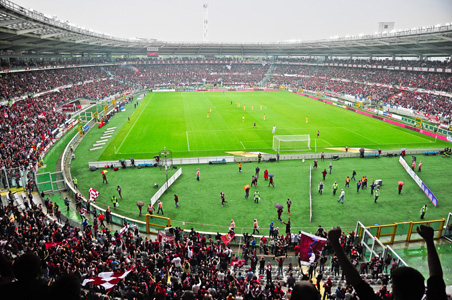 If you’re a soccer fan, you already know that the Serie A championship kicked off on August 24th. Check out home games at the Stadio Olimpico.

The first match of The Rome Derby takes place on September 22nd. Rome’s local football derby between its two major teams is one of the most riotous derbies in Europe. Trust us; you haven’t lived until you’ve seen Italians have at each other in a stadium.

Italians also mad for rugby. If you’re mad for rugby, too, be sure to catch a F.I.R. (Federazione Italiana Rugby) game on home turf. The Cariparma Test Matches take place in November and there’s a home game against Argentina at the Stadio Olimpico on November 23rd.