The leaf-peeper-luring trees aren't the only things ablaze with color in Philly this fall. The city comes back to life after another muggy summer, rolling out a red carpet of exciting happenings all autumn long. From a pair of Top Chef-connected restaurant openings to a neighborhood that transforms itself into Harry Potter's Hogsmeade village, Pulitzer photograph exhibits to Italian saint statue parades, there is more to do in the City of Brotherly Love than there are weekends to get away. So choose wisely. The good news is you can't choose wrongly. 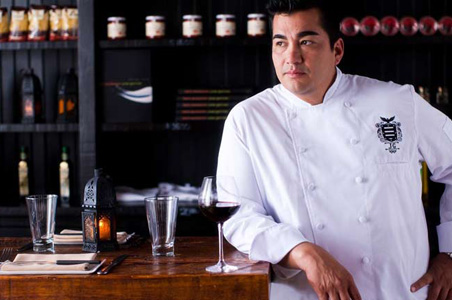 With Philly back from the beach, restaurateurs and chefs collectively exhale and get back to business in the fall. This one is peppered with some exciting openings: High Street on Market the hotly anticipated redo of Fork etc., should be open any day now in Old City. Chef Eli Kulp has been teasing his social-media groupies with Vine videos of the jaw-dropping sandwiches on house-baked bread (roast pork with fermented broccoli rabe, duck meatballs with liver) he will be hawking during the day. The pm plan is for boundary-pushing dinner service unlike any of its kind in town.

October will see the opening of Jose Garces' gorgeous Volver in the Kimmel Center. The name means "to return," a bone thrown at local critics that gripe how the Iron Chef never cooks anymore. Garces promises he will be behind the line a few nights a week at Volver, reminding jilted fans why they fell in love with him in the first place. The caviar and Champagne bar should help.

Then, Avance (rhymes with sconce) will also open in October, a local ingredient temple in the mausoleum of Le Bec Fin. Roxborough-bred chef Justin Bogle, who spent the past couple years collecting Michelin stars in New York, has been cleaning out the cobwebs all summer; seems like the ideal guy to give this storied address new life. Meanwhile Le Bec’s longtime chef, Nick Elmi, will make his solo debut in November after competing on the upcoming season of Top Chef. Located in Fond's original space, it will be a fine-dining BYOB named Laurel, named for the state flower and one of Elmi's favorite ingredients. Kevin Sbraga, who won Top Chef in 2010, is opening his second Philly restaurant this fall, The Fat Ham. As you might imagine, the theme will be Southern American, and there will be a lot of pork. 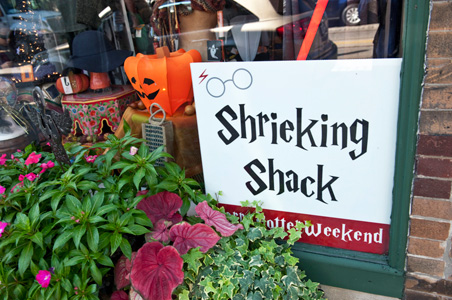 Every fall, Italian festivals erupt in the tight-knit neighborhoods of South Philly, mash-ups of saint statues, live music, and meatball sandwiches. St. Nicholas of Tolentine, a parish in the heart of the city, hosts its Italian Festival on October 6th. Take advantage of the friendly competition by eating too much zeppole. Just avoid the bouncy castles directly after doing so. On September 29th, St. Monica parishioners pack Girard Estate Park for Vendemmia, a competition for neighborhood winemakers that supports scholarships for local high-schoolers.

Find some of the best food trucks in town, like Pitruco Pizza, Little Baby's Ice Cream, and Mini Trini when the Food Trust, the city's sterling food-access-crusading nonprofit, brings their popular Night Market series back to Chinatown on October 3rd. 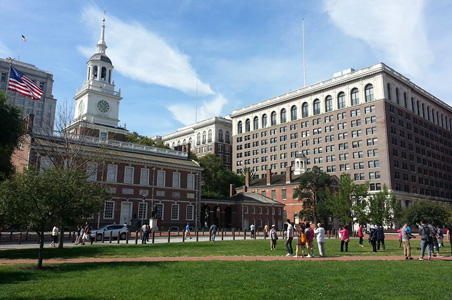 Ben Franklin is arguably Philly's most important historical figure, and the museum dedicated to his life and legacy, the Benjamin Franklin Museum, reopened to the public after a two-year renovation on August 24th. Don't miss the Ghost House in the courtyard, a standing steel structure that traces the footprint of his original home and print shop.

Starting October 11th, Capture the Moment: The Pulitzer Prize Photographs is on display at the National Constitution Center, featuring moving, award-winning images that range from a grieving Coretta Scott King to US Marines raising the American flag on Iwo Jima. Locals might recognize shots from Philadelphia Inquirer photographer Tom Gralish's 1986 photo essay on the city's homeless.

October is also Mural Arts Month in Philly, and the city's Mural Arts Program is celebrating its 30th anniversary with What We Sow, a four-month series of public art events. Sow culminates on the 5th with 70×7 The Meal, act XXXIV, a visual- and performance-art collaboration by artists Lucy and Jorje Orta set to a communal meal made with local, heirloom ingredients by Marc Vetri at Independence Park. The purpose is to get diners talking about food politics, but it's hard to imagine they will be talking about anything but Vetri's squash agrodolce. 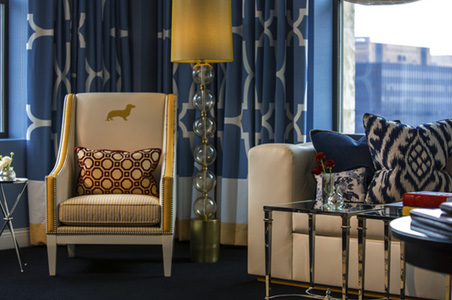 The hottest new stay in town is the Hotel Monaco Philly, with its uber-popular and swanky rooftop lounge, chic and generously outftitted guestrooms, cool neighborhood-y restaurant, the Red Owl Tavern, and its incredible location within the city (just steps from Independence National Historic Park).