Like the classic Frank Sinatra hit asks, "Autumn in New York… why does it seem so inviting?" New Yorkers like to chalk up the city’s third-quarter appeal to its generally sunny weather (with temperatures ranging from pleasingly warm to invigoratingly nippy), the waning of summer tourist crowds, festive parades, Broadway show openings, gargantuan harvest moons rising over the East River, and, of course, the famed New York City Marathon in early November. Here are some of the things that will keep you busy during a September-to-November visit. 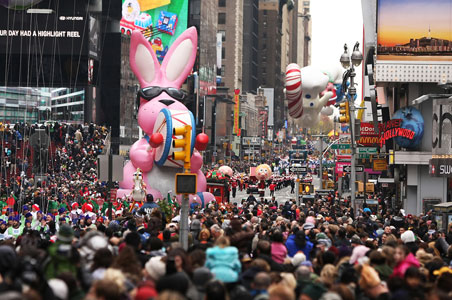 Even though it’s not officially Fall for a few more weeks, the season kicks off right after Labor Day with Mercedes-Benz Fashion Week (September 5-12) as style-savvy buyers, editors, celebrities, and fashionistas (as well as Project Runway‘s Heidi Klum and Tim Gunn) descend on the city for nonstop couture shows and late-night parties—it’s people-watching at its chicest.

To satisfy something other than your fashion sense, follow your nose to the Feast of San Gennaro (September 12-22), an annual rite of caloric overindulgence featuring favorite Italian foods like sausage and peppers and cannoli, as well as music and entertainment. You can mangia every day from 11:30 am to 11:30 pm on Mulberry and Grand streets in Little Italy.

Autumn plays host to some of NYC’s top parades: The festivities along Fifth Ave. begin with oompah music on Sept 21 during the Steuben Parade (a celebration of German-American heritage), then march to a polka beat on Oct. 6 with the Pulaski Day Parade (feting Polish-Americans), and conclude on Oct. 14 with the Columbus Day Parade (an Italian-American extravaganza). On Oct. 31, head to the West Village for the Village Halloween Parade (6:30-8:30 pm on Sixth Ave. between Canal and Spring streets) to ogle outrageously costumed marchers. And on the morning of November 28, find a spot along Central Park West or Sixth Ave. above 34th St. to catch the world-famous balloons, floats, and marching bands in the 87th Annual Macy’s Thanksgiving Day Parade. Or gather outside the American Museum of Natural History on the evening of Nov. 27 to watch the giant balloons spring to life. 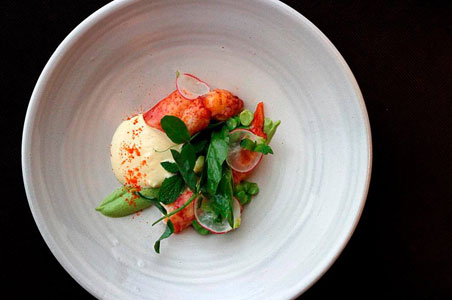 Per usual, dozens of restaurants debuted in NYC over the last few months, but these three are getting tons of buzz: Betony, where Chef Bryce Shuman and partner Eamon Rockey (both formerly of Eleven Madison Park) preside over a sophisticated and flavor-rich modern American menu served in a soaring space. In Nolita, New Zealand Chef Matt Lambert (formerly of Public) is helming The Musket Room, where the menu is inspired by his homeland and features dishes like mushroom custard, cold smoked scallops, and red New Zealand deer flavored with gin.

And given the late August opening of Juni, you can be the among the first to try Australian chef Shaun Hergatt’s seasonal tasting menus (his previous restaurant, SHO Shaun Hergatt, had two Michelin stars). 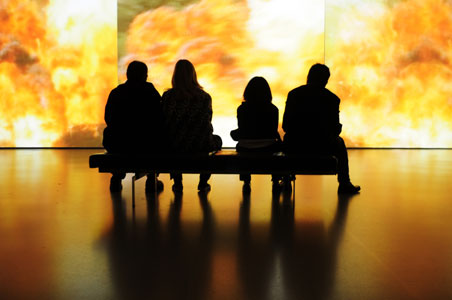 In addition, the Brooklyn Academy of Music (BAM) Next Wave Festival (Sept. 17 to Dec. 22) showcases works by emerging theater and performance artists.

Fall’s museum exhibits run the gamut from classical to avant-garde. Admire the old masters at the Frick Collection’s Vermeer, Rembrandt, and Hals: Masterpieces of Dutch Painting from the Mauritzhuis (Oct. 22 to Jan. 19), featuring 15 paintings, including Vermeer’s famous Girl with a Pearl Earring, on loan from the Royal Picture Gallery Mauritzhuis in The Hague. At MoMA, all eyes will be on two compelling exhibits, American Modern: Hopper to O’Keeffe (through Jan. 26), and Magritte: The Mystery of the Ordinary (Sept. 28 to Jan. 12), featuring 80 of the paintings from 1926-1938.

Music fans have ample opportunity for great evenings as well, as Carnegie Hall’s season gets underway with the Philadelphia Orchestra and the New York Pops, followed by Patti Lupone, Bryan Adams, and Arlo Guthrie. Over at the Beacon Theatre, catch Earth, Wind & Fire, Brian Wilson and Jeff Beck, and John Legend, or score seats to see The Eagles live at Madison Square Garden in November. 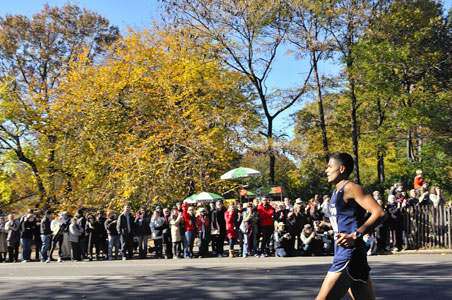 Following the cancellation of the 2012 ING New York City Marathon just days after Superstorm Sandy, this year’s race (November 3) is certain to attract enthusiastic crowds to cheer on the 47,000 runners from around the world—all 26.2 miles from the start at the Verrazano Narrows Bridge to the finish in Central Park.

Of course, fall means football season. And you’ve got plenty of options to catch a game or join beer-hoisting locals at one of the city’s many sports bars. The MetLife Stadium, across the Hudson in New Jersey, is home to both the Jets and Giants, but if you don’t want to travel quite that far for a game, there are sports bars across the city where you can watch the game and get colorful locals commentary. Later in the fall is the start of basketball season, so why not support NYC’s newest team—the Brooklyn Nets at their new stadium? 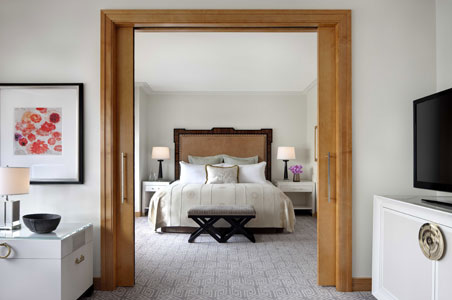 Combining contemporary elegance with an homage to its musical past (many composers, musicians, and singers once called it home when it was The Buckingham Hotel), The Quin is a 208-room luxury hotel that’s set to open in mid-October (from $495/night).

One of the city’s most storied hotels, The New York Palace, will debut its 176 renovated Towers rooms and suites, plus two redesigned lobbies and six bars and restaurants, in mid-September after a $140 million investment. The 909-room property, has added Tavern on 51 (an atmospheric, street-facing bar), Troubles Trust (located under the lobby’s grand staircase and featuring hand-crafted cocktails), Villard Michel Richard (a gastronomic prix-fixe dining room) and Pomme Palais (a bistro café), as well as a Lobby Lounge (from $475/night).

Also fresh from an $85 million "metamorphosis" is Novotel New York Times Square, scheduled to complete renovations—including the addition of a 5,700-square-foot outdoor Terrace with views of Times Square and a chic new "comfort food" restaurant Supernova—in mid-September. The 480-room property now features a pop-culture-influenced vibe, while rooms have sleek décor (from $265/night).