News Christina Mueller Yes, You Can Visit Los Angeles Without a Car. Here's How to Use the L.A. Metro Subway System
NewsWhat to Do in Hoi An, Vietnam

What to Do in Hoi An, Vietnam 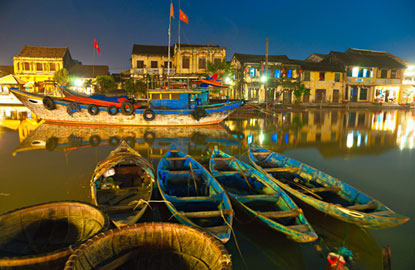 I first went to Vietnam in 2004 to research my novel, The Headmaster’s Wager. The novel is set in a place called Cholon, which was once a Chinese quarter of Saigon. During the Vietnam War, when most of my novel takes place, Cholon was distinctly Chinese in character. The daily rhythms and the street vibe of Cholon in the 1960’s and 1970’s were important to my novel.

One research challenge was that Cholon had changed so much. Thirty years of history had transformed it into a different place, and made me wonder how I would access the right ‘feel’ for my book. Luckily for me, I found Hoi An. Traveling with my wife and my parents, we went by road up the coast of Vietnam and we arrived a quiet town in Central Vietnam called Hoi An. My parents declared that this was a place which felt like the Cholon of their childhooods. My memories of days spent wandering through Hoi An became a sort of personal touchstone for rhythm and tone of setting, to which I returned the writing of my novel.

Hoi An has a history of being ethnically Chinese. It was once a thriving port town. By the middle of the 20th century, however, Hoi An had become poor and had little strategic value, such that it was largely undamaged by the conflicts in Vietnam. As such, it exists in a remarkable state of preservation for the modern visitor.

Things to do in Hoi An… 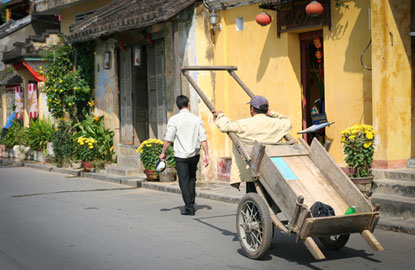 1) Wander in the old quarter of Hoi An: The scale of the streets here is intimate. They are smaller than one would find in Saigon or Hanoi, because they were built at a time when traffic was by feet, cart, and cyclo rather than car and scooter. This means that everything feels close at hand—the local residents, the uniformed schoolchildren on bicycles, the houses, and shops. Wandering the streets delivers enjoyable discoveries such as artists selling paintings, handicrafts shops, and of course the ubiquitous supply of souvenir T-shirts and hats.

2) Visits pagodas and temples: The Chuc Thanh Pagoda, first built in 1454, is notable for the original ancient gateway. Be aware that this is behind a large modern gate, so make sure to go in to see the real historic feature. The Phuoc Lam Pagoda is beautiful and ornate. A variety of representations of the Buddha are on display, including a gold-covered ‘Buddha as a child’.

3) Have some clothing made: In addition to being a historic town, Hoi An is something of a mecca for custom tailoring. There are tailors everywhere, and shops display both sample clothing and a vast array of fabrics. Overnight service for bespoke items is the norm. Shops are happy and able to copy your items if you bring your favorite, but worn-out pieces.

Tip: Price differences largely reflect differences in the quality of fabric. With the tailoring being so inexpensive, consider the better fabrics. 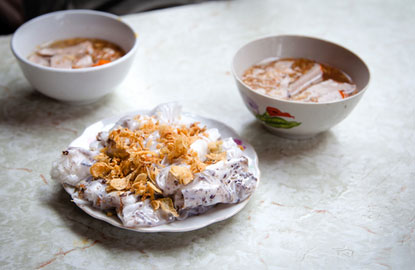 4) Eat on a sidewalk: As in much of Asia, the best restaurants can be found simply by looking for those that are humming, and that smell the best. They often spill out from a house onto the sidewalk. Down near the waterfront, there are places that are a little more formal and geared for tourists, and yet are still a bargain by Western standards.

In the northeast corner of the old city are backpacker favorites with menu items illustrated by photographs—in case you want to see what you are ordering.

5) Stay in luxury at the Hoi An Hotel: I confess, I like a little comfort with my travel. The Hoi An Hotel is a short walk up from the old quarter, and though it costs a bit more than some of the local accommodations you could likely find, it offers that ‘ahh’ feeling at the end of a hot day of walking and exploring. The rooms have desks and many have little shaded balconies, both of which were very helpful to me while I was making notes for my novel set in Vietnam. The pool, with poolside bar service, is the perfect place to spend the hottest part of a Vietnamese afternoon.

Dr. Vincent Lam is from the expatriate Chinese community of Vietnam, and was born in Canada. Dr. Lam did his medical training in Toronto, and is an emergency physician in Toronto. He is a Lecturer with the Department of Family and Community Medicine at the University of Toronto. He has also worked in international air evacuation and expedition medicine on Arctic and Antarctic ships. His first book, Bloodletting and Miraculous Cures, won the 2006 Scotiabank Giller Prize, and has recently been adapted for television and broadcast on HBO Canada. Dr. Lam co-authored The Flu Pandemic And You, a non-fiction guide to influenza pandemics.

The Headmaster’s Wager, Dr. Lam’s first novel, about a Chinese compulsive gambler and headmaster of an English school in Saigon during the Vietnam War, is published by Hogarth.