News Robin Catalano Horses Run Wild on This Puerto Rican Island⁠—but for How Much Longer?
NewsSummer 2013 Guide to Chicago

Chicago in the summer is a beach town—a crazy thought to the uninitiated who only know the Windy City by its famously, bone-chillingly cold winters. But when the weather heats up, Chicagoans take off to the water to take advantage of the city’s natural beauty and also show up in force for neighborhood and city-sponsored activities: Like a picture postcard, Lake Michigan fills ups with sailboats; sun worshipers baste on Oak Street Beach in itsy-bitsy bikinis while bicyclers, volleyball players, and joggers get fit by the shore. What’s more, a parade of shoppers indulge their cravings for designer duds on Michigan Avenue; baseball fans commit another summer to rooting for their beloved Cubs and White Sox; foodies feast on some of the best fare the Midwest has to offer via a myriad of festivals; and music lovers revel in the treasure trove of outdoor music offerings. Convinced yet? 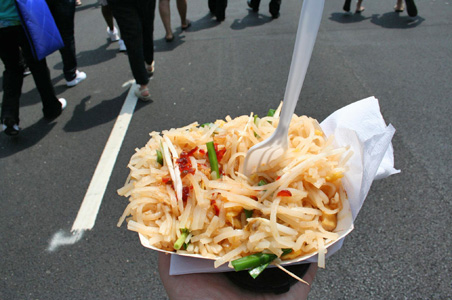 Dubbed "the largest food festival in the world", this outdoor fest has been going strong since 1980. Close to beautiful Lake Michigan and showcasing celebrity chefs, food demos, restaurants, food trucks, music, and more. If you’re visiting the city this is an even you don’t want to miss.

July 5-7 in the Uptown neighborhood

Come for the finger lickin’ ribs and stay for the entertainment. The musical lineup was recently announced, with Cracker on Saturday night and The Right Now on Sunday.

From Memorial Day weekend through Labor Day Navy Pier has fireworks complete with musical accompaniment every Wednesday at 9:30 pm and Saturday at 10:15 pm. Watch them from the dock, book an evening cruise, or pack up a dinnertime picnic. 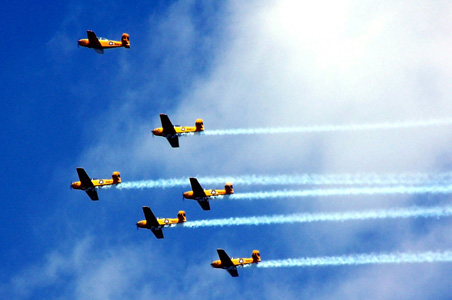 August 17 & 18. You can see the show along the lakefront from Fullerton to Oak Street.

This 55th annual show is said to be the largest free show of its kind in the United States. You may want to bring a blanket and chairs (and plenty of sunscreen!) to watch the show in comfort.

It’s a festival. Of shopping. It is 12 days of fashion shows, celebrity appearances, in-store events, and special offers. What more do you need to know? 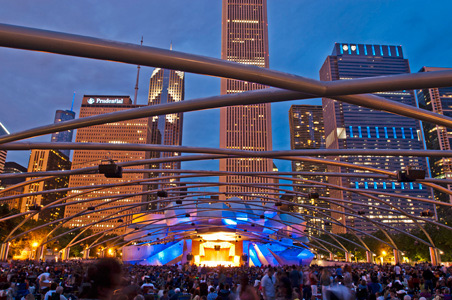 Through August 17th in Millennium Park

Björk, R. Kelly, Belle & Sebastian, MIA, Solange, and others turn up the heat at this festival that also highlights new and emerging music.

The music extravaganza that’s been going strong since 1991.The lineup this year includes The Cure, Mumford & Sons, The Killers, Nine Inch Nails, New Order, Queens of the Stone Age, The Lumineers, Thievery Corporation, and a multitude of other acts.

September 12-22, multiple venues across the city

The City of Chicago and Chicago Department of Cultural Affairs present 600 artists and groups from over 80 countries at this festival every year. 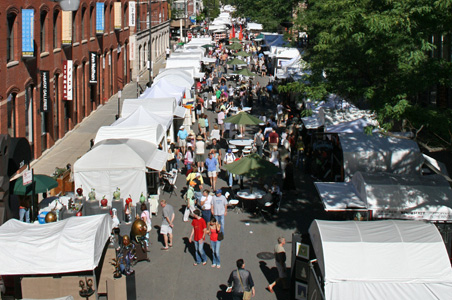 African Festival of the Arts

Look for an art market, "drum village," African folk music, dance, and other traditional and cultural highlights at this Labor Day weekend fest.

August 10-11 in the neighborhood dubbed as "Boystown"

This is said to be the largest two-day street fair in the Midwest. Think food, arts, crafts, and musical acts including Wilson Phillips.

Where to Stay Now 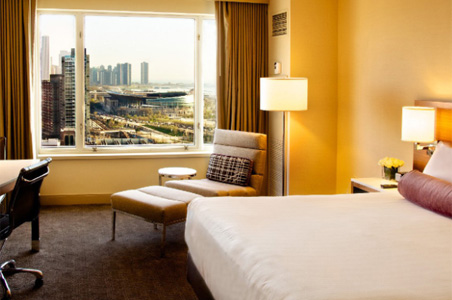 The Hyatt Regency McCormick Place has completed its $110 Million Dollar Renovation; Langham Chicago Hotel is scheduled to open in July within the landmark Mies van der Rohe building along the Chicago River; The Godfrey Hotel Chicago opens in the River North neighborhood this summer with a rooftop lounge with views of the dazzling Chicago skyline; Aloft Chicago City Center opens in downtown Chicago. It’s even a Certified LEED hotel (Leadership in Energy and Environmental Design). Sir Richard Bran is bringing his first U.S. Virgin Hotel to downtown Chicago but for that we have to wait until fall.

Where to Eat and Drink Now 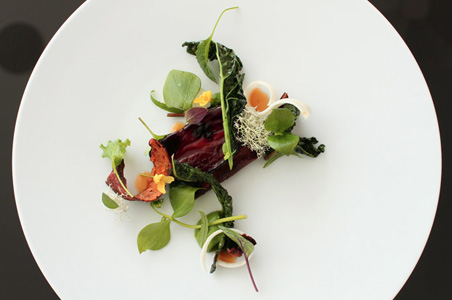