News Apeksha Bhateja What Are the Chances You'll Get Monkeypox at a Hotel?
NewsWhat to Do in Barcelona with Kids

What to Do in Barcelona with Kids 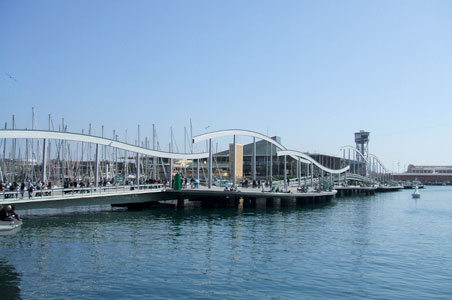 A powerhouse port since Roman times, the city has always been defined by the sea, and you can immerse yourself in Maritime history at Museu Maritim. Occupying a gorgeous Gothic structure, it’s best known for vessels—both real and replica. Models of Columbus’ three ships are here (ol’ Chris triumphantly sailed in on his return from the New World in 1493). But the highlight is a full-size reconstruction of Juan de Austria, a richly decorated galley, almost 200-feet long, that was powered by 236 rowers. The original was built onsite in 1568 when this was the royal shipyard.

After boning up on Barcelona’s nautical history, learn about its natural history at L’Aquarium de Barcelona. Housed in the waterside Port Vell complex, it focuses on Mediterranean marine life and features 11,000 sea creatures in well-designed habitats—the showstopper being the shark-filled Oceanarium, with a transparent walk-through tunnel. Access to the hands-on Explora zone is free with admission and programs like "scuba diver for a day" are offered at extra cost. 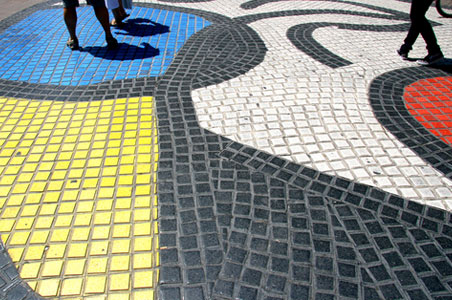 Think your progeny won’t appreciate art? Museums devoted to Pablo Picasso and Joan Miró— hometown heroes who happen to be global art icons—will prove otherwise. The former quipped "it took [him] 80 years to paint like a child," and Museu Picasso charts his progress. Arranged in chronological order, galleries show how he moved from realism to cubism and beyond, ending with those bright, angular, and multiple-eyed portraits which kids intuitively seem to understand.

The avant-garde paintings, sculptures, tapestries, and ceramics displayed at Fundacio Miró are equally appealing. Although adults often scratch their heads in bewilderment, kids are naturally drawn to Miró’s primary colors and rudimentary shapes (the titles of some works—like "Man and Woman in Front of a Pile of Excrement"—are pretty entertaining too!). Actual statues in the open-air courtyard have holes just large enough to poke a head through as you mug for the camera.

Keep it Moving: The Miró museum sits atop Montjuic Hill and just getting there is fun since you can ascend via cable car or funicular. You’ll see more from Miró by rambling down the Rambla (Barcelona’s carnivalesque pedestrian promenade, pictured above): a mosaic of his is set into the pavement. 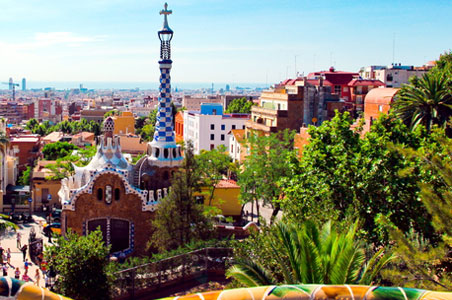 Antoni Gaudí helped create Barcelona’s signature look, and even youngsters will be amazed by his iconoclastic, undulating edifices—especially Temple Expiatori de la Sagrada Família. Topped with towers that rise like architectural exclamation marks, it will be the world’s largest basilica when complete. Until then, work (which begun in 1882) continues, and that Bob the Builder vibe is an added bonus for families. An audio guide helpfully describes both the structure (imagine a series of corn cobs lacily rendered in stone) and its symbolism in kid-friendly terms.

For an outdoor, picnic-appropriate variation, head to Gaudí’s Parc Güell. After ogling the Hobbit-ish buildings by the main gate and admiring Draco, an ebullient dragon-shaped fountain, little ones can play hide-and-seek in a forest of tree-like columns at the top of the stairs. Better yet, they can play tag on a nearby terrace while parents get a well-deserved rest on the curvaceous trencadís benches that ring it. (Considering they’re adorned with broken tile, they’re very comfy!).

Keep it Moving: Elevators will whisk you to the top of two of the basilica’s towers, but the wait can be long and visitors under age six aren’t allowed to ride. If you would rather stay grounded, Parc Güell has almost two miles of hillside walking trails, perfect for burning off excess energy. 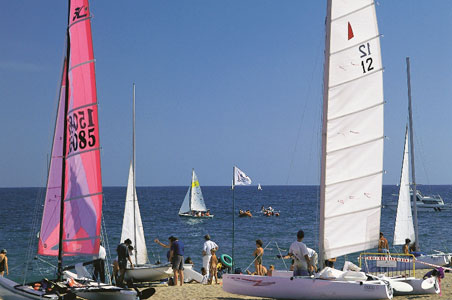 Many families feel a vacation isn’t complete unless their itinerary includes a beach, a zoo, or an amusement park. Well, Barcelona is one of those rare cities with all of the above. For starters, it boasts several conveniently-located platjas (most work well for swimmers and sandcastle builders—though Barcelonians’ tendency to go topless may need some explaining). The zoo, meanwhile; has all the critters on children’s must-see list plus a petting farm and dolphin show.

When rides are required, follow the locals to Parc d’Atraccions del Tibidabo on Barcelona’s highest hill. This vintage venue mixes gentle old-school attractions (a carousel, tiny steam train, and 1920s kiddy planes among them) with genuinely gut-wrenching rides that are aimed at intrepid teens and adults. For a proper 21st-century alternative, spend a day at PortAventura—a combination theme park/aquatic park (arguably Europe’s best) about an hour southwest of town.

Keep it Moving: Ready to be transported? Biking in Barcelona can set your brood up with cycles for a beachfront ride. Parc de la Ciutadella (home to the city zoo) has rental boats for a relaxing row; and Tibidabo Hill can be reached by either an antique tram or yet another fun funicular.

Frequent Fodor’s contributor Susan MacCallum-Whitcomb has taken her kids to 30-odd countries on six continents. When not on the road, they live happily in Halifax, Nova Scotia.