News Tina Charisma 'Regenerative Travel' Is the New Buzz Phrase, but What Does It Mean?
Home  >  News   >   Apres-Golf Masters: 5 Hidden Gems Off the Course

I realize that if you are lucky enough to find yourself on the fairways of Augusta National, The Old Course, Shinnecock Hills, or Bandon Dunes the last thing on your mind will be, "what else could I being doing right now?" But having lived and caddied at at dozens of great courses around the country and abroad over the past twenty years, I also know that a course owes its greatness to its surroundings—both culturally and geographically—and that even just a single afternoon or evening spent venturing out into the local country will immeasurably enhance the experience of playing there. It will offer perspective and a sense of place and appreciation of the diversity of the landscape from which the course is carved.

I am confident you will enjoy each one of the following recommendations, but half the fun is creating your own list, so consider this a starting point in the spirit of apres-golf adventure. Plus, these are the local hidden gems where you’ll spot the golf pros off duty. 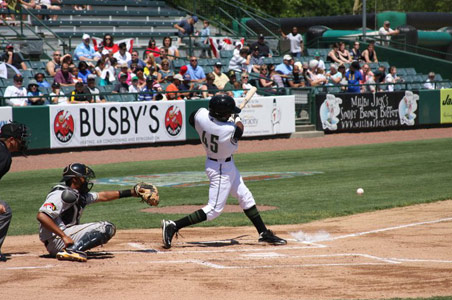 An evening at an Augusta Green Jackets baseball game

Just like the click and hiss of compressed balata at the Masters, for many Augustans the crack of the bat and thump of the mitt at Lake Olmstead Stadium is just pleasant background noise for an evening drinking with friends down in the old, industrial heart of Augusta by the Savannah River. And even though I loved watching those young minor leaguers play their guts out in hopes of one day making the Majors, I will admit that, during the seventh inning stretch, there was a "game within the game" that gave the Green Jackets a run for their money. The play-by-play announcer selected spectators by their seat numbers to compete in the "Dizzy Bat Beer Race"—a classic test of skill where fans tried to run from home plate to first base and back with a full pint glass of beer after spinning around ten times with their foreheads pressed to a bat. They say hitting a baseball is even harder than hitting a golf ball, and this may be true, but having witnessed countless beer-soaked face plants at Olmstead Stadium, I promise you neither is anywhere near as difficult (nor as entertaining) as trying to make it home with a full pint glass in the Dizzy Bat. 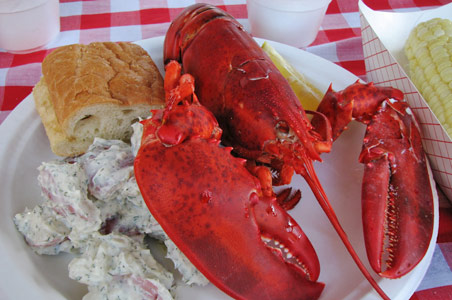 Yes, the National Golf Links is as famous for their chilled lobster lunch as they are for their course being a virtual museum piece of early American links golf. And the lobster roll at the Atlantic halfway house was one of the highlights of my caddie career (much to the consternation of the cheaper members who were guilted into buying them for me.) But for my money there is nothing quite like the small, sweet, steamed, 1 1/4 pounder served on a paper plate with a delightfully over-boiled half-cob of corn and mayonnaise-drenched scoop of cole slaw at Duryea’s Lobster Deck—a dilapidated, clam shell-littered dock jutting into Montauk’s Fort Pond Bay. It is so pleasant at sunset with a bottle of pinot grigio that you won’t even notice or care if, say, Martha Stewart or Alec Baldwin is sitting at the table next to you. 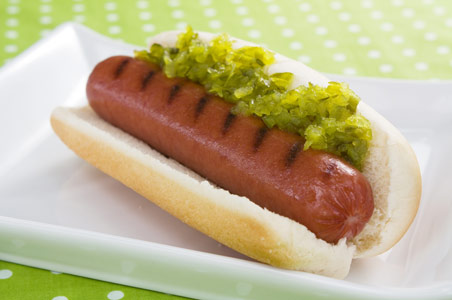 Lunch at Langlois Market and an afternoon on the Elk River

Rumor has it that Bandon Dunes owner and Chicagoan Mike Keiser serves the same hot dogs at Bandon as they do at Wrigley Field. Having never been to Wrigley I can’t confirm this, but having caddied at Bandon for four seasons I can attest with authority that their dogs are damned good. However, there is another hot dog of humbler origins whispered about on these shores—the plump, boiled to bursting, sweet pickle relish-smothered puppy at the little market in the blink-and-you’ll-miss-it town of Langlois, thirty minutes south of Bandon. Why in the Golf Gods name would you drive thirty minutes to a town where these hot dogs are the only links? To spend the afternoon on the Elk river, of course—jumping off the rocks into the Caribbean green (and Arctic cold) water and sunning on the talcum sandbars in summer and fishing in autumn. And, trust me, to hit the Langlois links again on the way home. 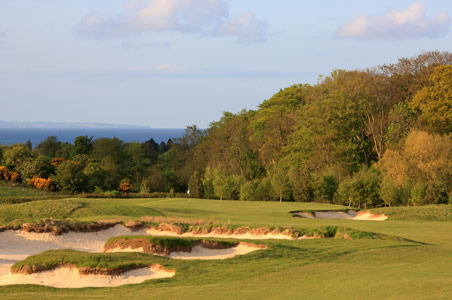 A drink at the Duke’s Course

I know I am incurring the derision of links enthusiasts by even suggesting that one waste a single minute in Scotland anywhere near a loamy parkland course (unless that loamy patch happens to be called Gleneagles), but from an Old Course caddie’s perspective it is a rare treat to get away from the blustery links and enjoy the "other" St Andrews. No I’m not talking about the inside of a pub, but rather the wooded hills overlooking the Auld Toon and the North Sea where the beautiful Duke’s Course is located. At the very least come up here for lunch or an afternoon pint on the terrace and gaze down upon the golf wonderland you are blessed to be playing in. When you look back on your time in St Andrews this well may be the view that you remember best. It is a lofty, expansive and, dare I say, heavenly counterpoint to St Andrews’ second most memorable view—the claustrophobic interior of Hell Bunker. 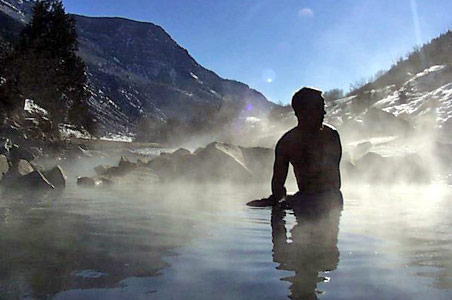 A soak in the Penny Hot Springs

When I was caddying in Aspen I was told Denise Rich had the nicest hot tub in town—especially when it was surrounded by ice during her famous Christmas party when the waitresses were rumored to have served drinks on skates. But Carbondale’s tiny isolated Penny Springs offer a natural, less hedonistic steam under the stars. This pair of undeveloped springs is located on the edge of the Crystal River at the bottom of the steep bank of route 133 heading west out of Carbondale. And, if you ask me, a Crystal River-chilled Coors tall boy rivals a frosted martini any day, especially when complemented by a couple of chilled limbs dangling over the edge of the makeshift dam that separates each pool from the freezing river. If that’s not cool enough, then just move a few rocks to open up a little hole in the dam and let the river flood into the pool. Then float your toes over the piping hot vent as the water slowly heats up again. Note: tall boys not included.

John Dunn is a writer whose work has appeared in number magazines including The Golfer and Travel and Leisure Golf. For twenty years he worked as a caddy at golf courses around the world. His “research” for his new book, Loopers was collected over the years on courses and beaches and in bars all across the country and abroad.