News Tina Charisma 'Regenerative Travel' Is the New Buzz Phrase, but What Does It Mean?
Home  >  News   >   ‘What Are You Doing Here?’ On the Ground at a Greek Refugee Camp

‘What Are You Doing Here?’ On the Ground at a Greek Refugee Camp 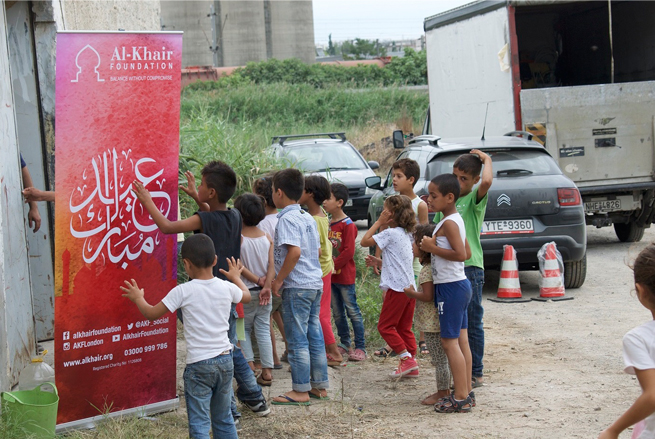 My family left Afghanistan when I was two years old. I spent my childhood in Germany as an auslaendar (foreigner) before moving to California at age 10 and having to relive the process all over again. Such extraordinary experiences have left me with a unique understanding of the challenges of being in a strange place, having to learn a new language, and adjusting to a foreign culture.

That’s why this past July, I went to volunteer in the Softex Refugee Camp in Thessaloniki, Greece, where more than 2,000 marooned refugees—mostly from Syria—are still treading the waters of uncertainty. I wanted to be there to provide moral support, act as a translator for Pashto- and Dari-speaking refugees, or simply help in any way possible. I knew things had been and were going to be difficult for these people.

Throughout Europe, the refugee crisis has incited a wide range of emotions among locals. Some have expressed compassion and a willingness to take refugees into their own homes, while others in communities plagued with economic issues are angry and frustrated by the presence of foreigners. Volunteers are often caught in the middle and occasionally subject to violent threats by far-right groups.

But that didn’t stop me. Nor did the difficulty I incurred trying to get to there. The Softex Refugee Camp is located in an industrial area of Thessaloniki so remote I had to get the map coordinates from a stranger on Twitter. I put the coordinates into my GPS and after a 15-euro cab ride over a dirt road, I was at the back entrance: an unassuming warehouse. I stepped out of the car to see children in torn clothes rushing to greet me—some even without shoes. I’ve been to Afghanistan twice and have encountered similar scenes, but it was jarring to see set against a European background. 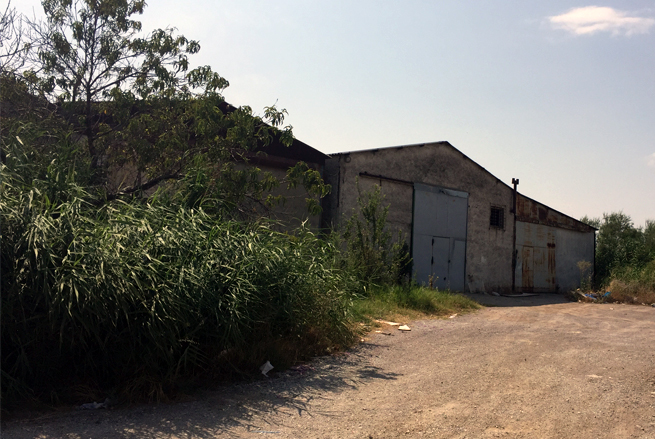 I noticed a little girl around three years old with light brown hair and green eyes running toward me, arms extended. What a welcome! I picked her up as she crashed into my arms. She hugged me fiercely, a complete stranger, then handed me the bottle of water she was holding, as generous as she was friendly. I asked for her name.

“And where are mama and baba?” I asked.

I don’t speak Arabic, but I knew this meant tent. Where were the volunteers, or even the adults? At that moment, a smiling young man approached me and introduced himself as Ahmed. Off we went on a fruitless mission to find the volunteer coordinator, who we later learned had gone on a food run. I was beginning to sense a pattern. Who was in charge here?

The Softex Refugee Camp is supposed to be run by the Greek military. After the evacuation of Idomeni, refugees were urged to come here as a safe place where they could get food, shelter, and help with their asylum claims. Except that’s not what I saw. The only group I witnessed helping the residents while I was there was the Al-Khair Foundation, which fed the 2,000 residents every day from a large truck. Al Khair, based in the United Kingdom, offers humanitarian aid and disaster relief to more than 25 countries around the world. The organization is active throughout Greece, providing food, housing, and medical care to thousands of refugees. But what about the institution designated to help?

“Isn’t the military administering food?” I asked upon finding the volunteers. “Aren’t they supposed to provide security?”

I was met with bitter laughter. 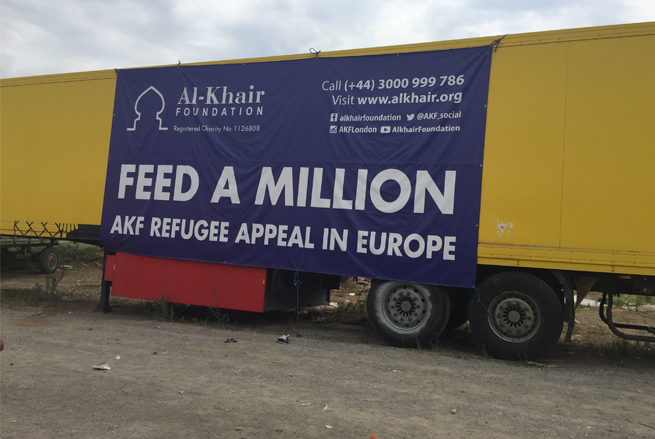 Around me, the camp buzzed with energy. My visit coincided with Eid al-Fitr, a celebratory Islamic holiday that takes place right after Ramadan, the annual month of fasting. Growing up in a Muslim household, Eid was akin to Christmas. My mother would buy us new clothes and spend days baking treats in preparation, and on the day of the holiday, male family members gave the children money to celebrate. My parents always underlined the significance of joy on Eid: It’s a day to abandon grudges, let go of worries, and enjoy being with friends and family. On what was supposed to be one of the happiest days of the year, the refugees were separated from their homes and their loved ones, dependent on the kindness of strangers to survive in a foreign land.

Under the hot sun, I watched hundreds of people line up outside of a school bus to wait for a plate of food. Another volunteer told me that the camp residents had nothing—no school, access to medical care, or legal counsel. (Some of that has improved slightly in recent months, as more aid organizations have become involved, but during my time, the Softex residents survived on the barest of minimums.)

It was decided that I would help with the Eid festivities planned for the kids. I walked back toward the warehouse, where a few kids loitered by the entrance.

Inside, attempts had been made to liven up the drab space: balloons and hand-drawn pictures lined the wall. Two deflated bounce houses waited limply in the corner, and three tables covered with face paint bottles and cookies were set to provide the entertainment. 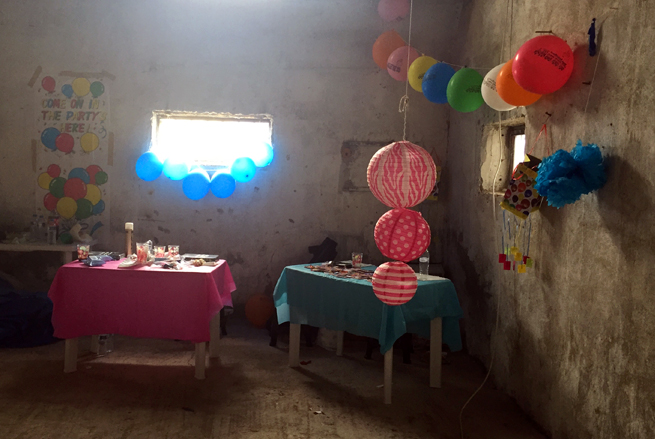 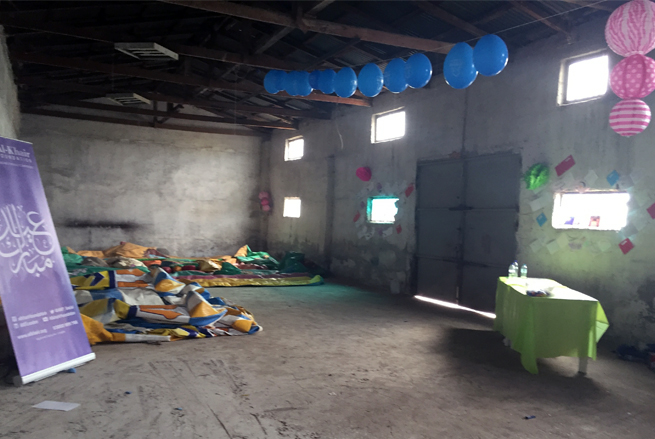 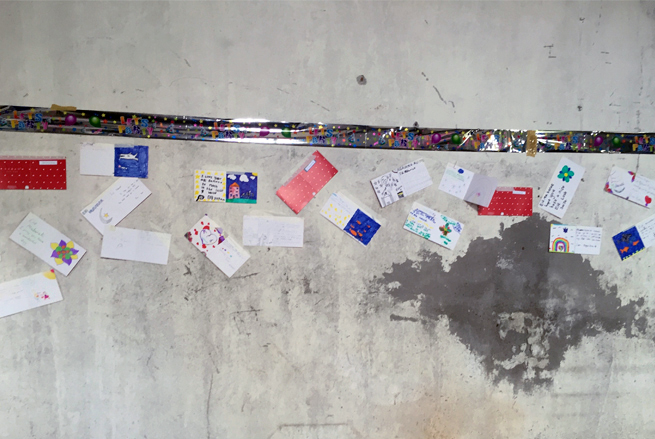 I choked up at the playtime instructions: each child would spend just 10 minutes in the room to celebrate. But I had to steel myself. After all, these kids were able to laugh and play and celebrate Eid despite their circumstances. What right did I have to be upset in front of them?

For the rest of the day, I switched between helping volunteers in the kids’ play area and assisting with food preparation in an outdoor area next to the warehouse. We chopped vegetables and cubed meat before sorting ingredients into buckets. From there, the food was transported to a nearby school bus for cooking. 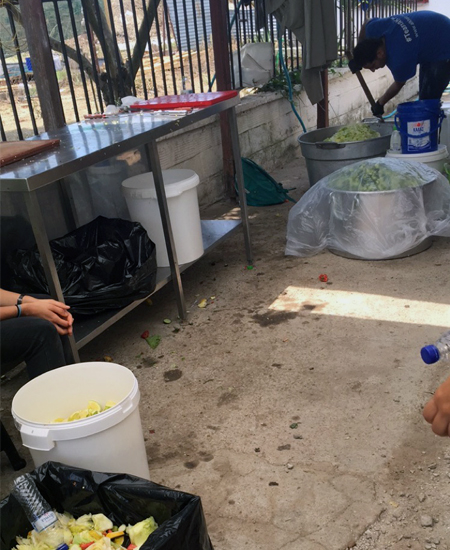 While we worked, the volunteer coordinator filled me in on camp life and advised me on etiquette. He advised me not to appear as a tourist: no gawking or taking photos of the refugees’ “homes.” Many refugees were suffering from the traumas of war and mourning lost loved ones. Be respectful above all. The volunteers were also advised to refrain from asking the residents about their lives “back home” or how they came to be here. It didn’t prove a difficult task—the adults mostly kept to themselves and the volunteers mainly interacted with the children. It was the children who wanted to interact.

I was introduced to “the camp translator,” a Syrian boy about 10 years old who spoke excellent English. I tried to remember what not to say.

“How long have you been here?” I asked.

Two months, he said. He explained that he had learned English from interacting with the volunteers. I tried to focus on the future by asking in which country he hoped to end up.

“Germany, Italy, or Spain,” he told me. Hopefully, he added, “I hear Spain is very nice.”

It is, I assured him.

In addition to being exceedingly social, the children were smart, cheerful, and infinitely curious. They asked the volunteers questions about where we were from, what our hometowns were like, where we had traveled to, what our favorite pastimes were. We asked them about their families, their favorite activities, and their aspirations for the future. Such resilience at such a young age! Their optimism floored me.

The volunteers finished up working late in the afternoon, and I was able to get a cab to come out to the camp to pick me up. To meet my ride, I had to walk quite a distance: past the tent city, over a dilapidated bridge, beyond the port-a-potties and main warehouse until finally I saw the taxi driver, who was chatting with the Greek soldiers—the first I’d seen—under a white tent. I was sweaty, covered in dust, and limped a bit on my left leg, which I had injured moments earlier while walking up some makeshift steps.

The driver regarded me skeptically. “What are you doing here?” he asked.

Good question. Why had I come? The condition of the camp was much worse than I had anticipated, and the government's role even more limited than I'd been led to believe. Most of the volunteers had no cultural, religious, or geographic affiliation with these refugees. There was every reason in the world to just stay home. 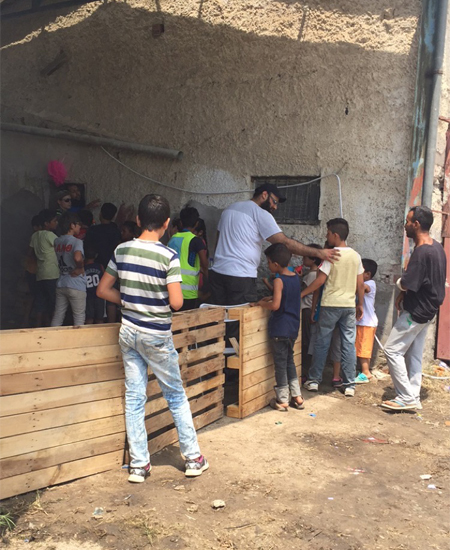 Before my experience at the Softex Refugee Camp, I didn't really think volunteering made much of a difference. But during my time there, I realized every single person who had come to help mattered. Their presence was felt. The small band of approximately 20 volunteers worked tirelessly to feed 2,000 people. If three volunteers hadn't shown up that day, food production would have slowed considerably and the residents would have had to wait even longer to receive their meals. If the female volunteers weren't around to help in the play area, not all of the kids would have felt comfortable getting their faces painted by a bunch of young men they didn't know. Where governments were failing, humanitarians were picking up the slack.

“I was volunteering,” I told him.

Until a solution for self-sufficiency is found and implemented, volunteers and NGOs will continue to be an indispensable force in caring for the millions of refugees throughout Europe who rely on their aid for survival. You can join us. Visit the Al-Khair Foundation or Amnesty International to find ways to get involved.