Coronavirus Leila Najafi Want to Stay in Costa Rica for Over a Year? A New Law Might Help You
Home  >  News   >   Wave Season 2014 is Here

Cruisers rejoice: "Wave Season" is back! It’s the time of year when cruise lines offer special discounts and incentives for you to book a cruise—not just for departures during the sale, which generally lasts from January through March, but for voyages throughout the course of the year. In the old days, Wave Season was the major opportunity to save big on voyages, though, granted, these days, cruise lines run sales and bonus offers much more often. However, Wave Season can still net amazing savings on everything from a short three-night getaway to the Bahamas to a once-in-a-lifetime world cruise.

As with most cruise sales, you can book directly with the cruise line or through a travel agent to net these savings. Travel agencies often run their own specials to coincide with Wave Season, so it pays to shop around. You may even be able to double dip and benefit from the cruise line discounts and bonuses, plus extra incentives—like prepaid gratuities or onboard credit—from your agent. Here, we’ve dug up some of the very best Wave Season promotions going on right now. 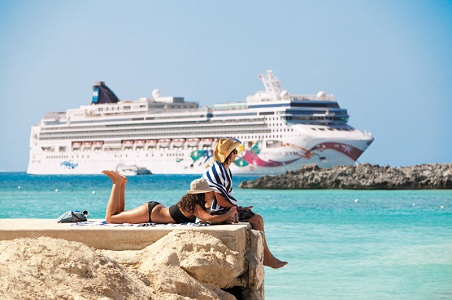 The Deal: Azamara‘s popular "Onshore. On Us." offer has been extended for Wave Season. This promotion lets you book a shore excursion (from the Land Discoveries portfolio) in every port on your voyage and the cruise line will pick up the tab.

The Deal: With Celebrity‘s "123go!" deal, you choose between three bonus options: the Classic Beverage Package, including spirits with gratuities for two (an $88 value per day), free prepaid gratuities for two (up to a $30 value per day), or up to $300 in shipboard credit. For European cruises, you’ll get to choose two of the bonus offers. Plus, each additional guest in your stateroom gets a free Classic Non-Alcoholic Beverage Package (valued at $16.10 per person, per day) and an Internet package (worth $24.95).

Ships & Itineraries: All ships and itineraries are included in the offer, with the exception of Celebrity Xpedition, transatlantic, or transpacific voyages.

The Fine Print: This deal is valid on oceanview or higher level stateroom bookings made through February 28, 2014; promotional sailings must be three nights or longer, departing from February 2014 through March 2015.

The Deal: Look to Crystal Cruises‘ "Book Now" fares for savings on many of the line’s 2014 voyages, plus up to $800 per person in airfare credit. Guests paying in full 180 days prior to their sailing will also receive a 2.5 percent "Early Full Payment" discount.

Ships & Itineraries: Lock in on this deal on select 2014 itineraries aboard Crystal Symphony and Crystal Serenity.

The Deal: With MSC Cruises‘ "2-For-1 Plus" promotion, you can sail for half price, plus take advantage of one of three additional booking incentives—a complimentary beverage package, prepaid gratuities, or a $400 shipboard credit per stateroom.

The Fine Print: Book by March 31, 2014, and note that this deal is valid for new bookings by residents of the U.S. and Canada only. 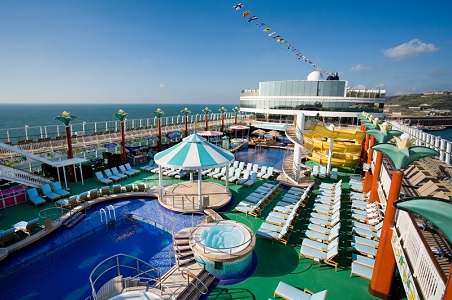 The Deal: Norwegian Cruise Line‘s "The Upgrade Wave" deal runs through April 4, 2014. Book a balcony stateroom for the price of an oceanview stateroom, or an oceanview stateroom for the price of an inside cabin. New reservations are also entitled to $300 worth of e-coupons for use toward onboard spa treatments, personal training sessions, casino discounts, and reduced deposits.

Ships & Itineraries: This sale is valid on all of Norwegian’s ships.

The Fine Print: The Upgrade Wave offer is only valid on sailings lasting three days or longer; book before April 4, 2014.

The Deal: Save 50 percent off standard cruise fares on all Paul Gauguin Cruises‘ 2014 and 2015 sailings aboard the m/s Paul Gauguin and m/v Tere Moana; plus, airfare from Los Angeles is included for Paul Gauguin sailings.

The Fine Print: No expiry date has been announced for this promotion, though the best cabins and itineraries will go sell out first.

The Fine Print: This perk is valid only when booking a balcony or suite stateroom.

Note, too, that some additional cruise lines—like Oceania, Regent Seven Seas, and Windstar—all have sales ending as soon as December 31, 2013. Watch their websites in January for the possibility of newly launched or extended promotions.