News Apeksha Bhateja Have $340,000 and Want to Vacation in a Survivalist's Paradise?
NewsWalking Tour of the Mansions of Palm Beach

Walking Tour of the Mansions of Palm Beach 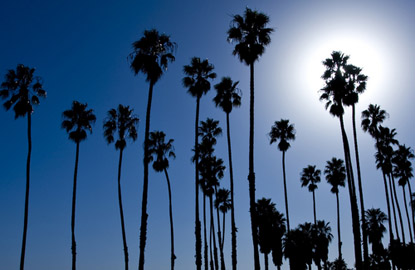 Whether or not you aspire to be a Kennedy, Trump, or Rod Stewart—all one-time or current Palm Beach residents—no trip to the island is complete without gawking at the mega-mansions lining its perfectly manicured streets.

The town government, established in 1911, has done its best to keep things civil and orderly when it comes down to appearances (even if scenes behind the walls have played out more like a Danielle Steel novel). Rules control everything from the percentage of a property that must be landscaped to the standardized shoebox-sized "For Sale" signs. Nowadays, there’s also a new aim: Protecting historic homes. In 1979, the Landmark Preservation Commission was formed, and over the years its list has grown to include about 280 local properties. A small, oval-shaped bronze plaque beside the house number is a telltale sign and a blessing for curious tourists. But don’t be fooled. Some owners choose not to hang theirs, so it’s easy to stumble upon a landmark without even knowing it.

No one is more associated with how the island took shape than Addison Mizner, architect extraordinaire and society darling of the 1920s. But what people may not know is that a Fab Four was really the force behind the residential streets as they appear today: Mizner, of course, plus Maurice Fatio, Marion Sims Wyeth, and John Volk.

The four architects dabbled in different genres, some more so than others, but the unmissable style is Mediterranean-revival, a Palm Beach hallmark mix of stucco walls, Spanish red-tile roofs, Italianate towers, Moorish-Gothic carvings, and the uniquely Floridian use of coquina, a grayish porous limestone made of coral rock with fossil-like imprints of shells. As for Mizner himself, he had quite the repertoire of signature elements, including using differently sized and shaped windows on one façade, blue tilework inside and out, and tiered roof lines (instead of one straight-sloping panel across, having several sections overlap like scales on a shark).

The majority of preserved estates are clustered in three sections: along Worth Avenue; the few blocks of South County Road after crossing Worth and the streets shooting off it; and the 5-mile stretch of South Ocean Boulevard from Barton Avenue to near Phipps Ocean Park, where the condos begin cropping up.

If ten miles of riding on a bike while cars zip around you isn’t intimidating, the two-wheeled trip may be the best way to fully take in the beauty of the mansions and surrounding scenery. Many hotels have bicycles for guest use. Another option is the dependable Palm Beach Bicycle Trail Shop. Otherwise, driving is a good alternative. Just be mindful that Ocean Boulevard is a one-lane road and the only route on the island to cities like Lake Worth and Manalapan, so you can’t go too slowly, especially at peak travel times.

If gossip is more your speed, in-the-know concierges rely on Leslie Diver’s "Island Living Tours"; she’s one of the town’s leading experts on architecture and dish, both past and present. 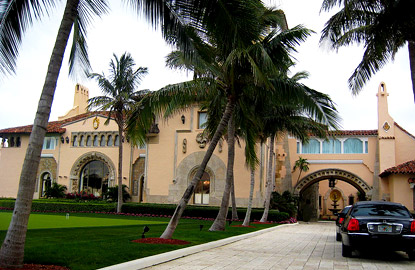 And for the self-starters, here are ten walking (or biking, or driving) musts on the tour: