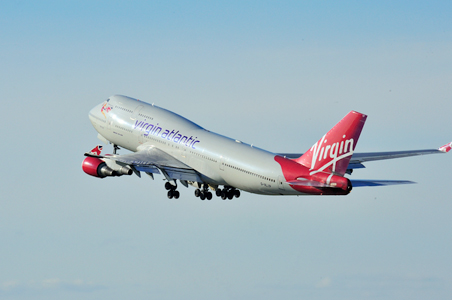 London’s Heathrow airport has long been one of the most hotly contested markets in the world. It covers eight of the top ten trans-Atlantic markets and, starting next week, the competitive landscape will see a significant change. Delta and Virgin Atlantic are scheduled to begin their cooperative service across the pond early next month. Details of the new partnership, introduced last December, were announced this week along with news that Delta’s stake in Virgin Atlantic is now official.

In a statement Craig Kreeger, Virgin Atlantic CEO noted, "We can stand firm together against the competition and can now offer more destinations, a smoother connecting airport experience and ultimately the best trans-Atlantic on board experience."

As part of the partnership the two carriers will institute a significant code-sharing arrangement for more than 60 destinations and more than 100 routes in the United States, United Kingdom, Canada, and the Caribbean. Delta flight numbers will be placed on all Virgin Atlantic flights across the Atlantic as well as their Little Red service which flies to regional destination in the United Kingdom. In the Americas, the Virgin Atlantic code will be added to Delta-operated flights across many destinations, ranging from airports in the Hawaiian Islands to small and mid-size markets across the country. Flights between the US and both Canada and Jamaica are also to be included, pending approval by their governments.

By operating under a codeshare both carriers will ease the booking and travel experience for passengers. But that is not the end goal for the airlines. They are working towards a joint venture expected to be implemented in early 2014. That will allow the airlines to coordinate their schedules and pricing; the two have indicated that they plan to build a "shuttle" service between New York’s JFK and Heathrow in an effort to compete with American Airlines and British Airways who have a similar service which currently dominates the market.

The move also opens up a tight level of reciprocity between the two carriers’ loyalty programs, SkyMiles and Flying Club. Members of each program can now earn and redeem points when flying on the other. Access to each other’s lounges when traveling on the joint markets is also available.