News Christina Mueller Yes, You Can Visit Los Angeles Without a Car. Here's How to Use the L.A. Metro Subway System
NewsViking to Launch Ocean Cruise Line in 2015 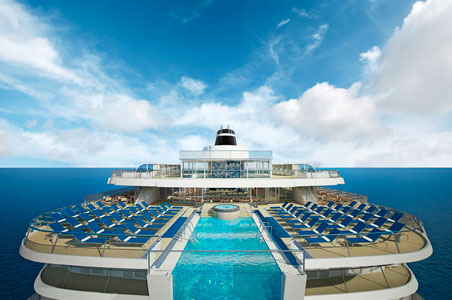 There has been a trend in recent years for cruise ship sizes to grow exponentially into mega-ships that cater to thousands of passengers. It’s more cost effective to produce one thing for everyone that create more customized experiences for smaller groups, after all, right?

Enter Viking River Cruises. We reported last July that they were looking to break into the ocean cruise market, and this week they announced more solid plans. And in them it’s clear that they didn’t follow the market trend toward enormous ships for massive groups.

Instead, they listened to their loyal river cruise passengers who enjoy intimate vessels that exude understated elegance, and they developed Viking Ocean Cruises, a new line of small ships that will debut in the spring of 2015, with this in mind. 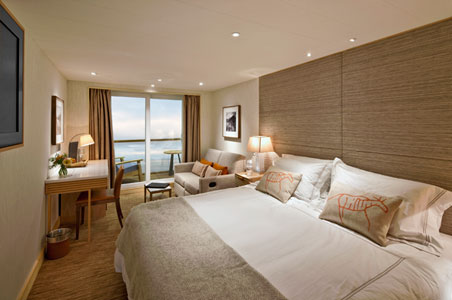 We talked with Torstein Hagen, founder of Viking River Cruises and Viking Ocean Cruises, about the success of his river cruise brand and the company’s decision to blaze new trails with an all-inclusive ocean cruise company.

You’ve probably read a lot about Viking River Cruises this year. It launched 10 new Longships with plans to christen 12 more in 2014. A combination of expanded capacity and itineraries ranging from the rivers of Europe, Russia, China, Southeast Asia, and Egypt have catapulted Viking to success. Passengers book with Viking again and again and those passengers, more than anything else Hagen says, sparked his desire to create a new ocean-going cruise line. River cruises traditionally spend more time in port so guests can truly explore the destination. Hagen will bring that same focus on the destination to Viking Ocean Cruises. Expect plenty of late evenings and overnights in port as well as prime docking access to these cities. 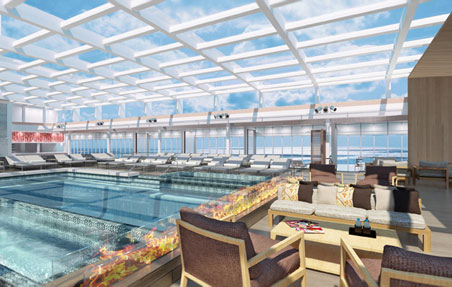 Viking Ocean Cruises will be an all-inclusive experience with shore excursions in every port, all onboard meals, beer and wine with lunch and dinner, free WiFi, and 24-hour room service (a nice perk that’s not offered on the Longships) included in the rate.

Hagen says two intimate ships are currently in development at a Fincantieri shipyard in Italy. Viking Star, which will boast 465 staterooms and suites—all with verandas—will make its debut voyage in May 2015. The ship will accommodate a maximum of 928 passengers. 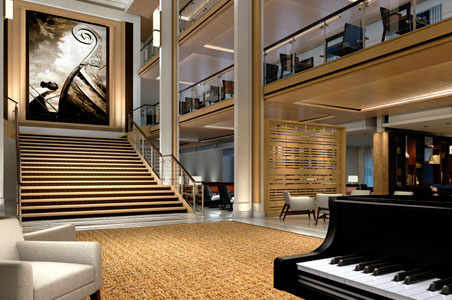 Viking Star will embody the same sleek, modern design as Viking’s Longships. Artist renderings of the ship depict a Nordic décor. The three-story Atrium ushers guests into the ship that will offer more than a dozen dining options (including more al fresco seating than any other ship at sea), the cruise industry’s first infinity glass-backed pool cantilevered off the stern of the ship, a lovely sun deck with the main pool that offers a retractable sunroof for all-season swimming, a spa with a "snow grotto," where snowflakes gently descend from the ceiling through chilled air, a library, the Star Theater, and Piano Lounge.

Here’s a peek at Viking Star‘s list of voyages—focusing on Scandinavia and the Baltic as well as the Eastern and Western Mediterranean—for her maiden season:

Empires of the Mediterranean: Venice to Istanbul (10 days)

Per passenger cruise fares start at $4,499. Travelers may combine these voyages for longer segments. Now through July 31, 2013, Viking is offering an introductory early booking discount for the 2015 maiden season with two-for-one pricing as well as discounts on international air.

A second ocean-going vessel will join the Viking Ocean Cruises fleet in 2016 and Hagen says there are options for four additional ships. These ships will appeal to anyone who prefers a small ship experience combined with an all-inclusive cruise fare.