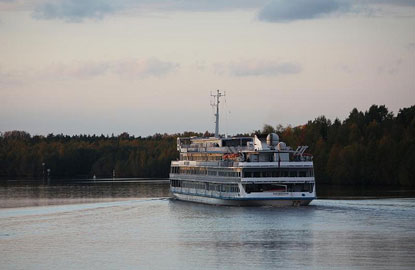 To that end, Viking Ocean Cruises is in talks with leading shipbuilder Fincantieri. The Italian company will construct two luxury ocean cruise ships and there is an option for a third vessel. The parties will sign the contract soon.

"We started Viking River Cruises to offer great destination experiences," noted Torstein Hagen, chairman of Viking, "and we are excited to bring this same destination focus back to ocean cruising.

The ships, weighing in at 45,000 tons, plan to accommodate 998 guests in 499 staterooms. In today’s world of mega cruise ships like Royal Caribbean’s 5,400-passenger Allure of the Seas, Viking’s ships will be downright intimate.

The forthcoming ships from Viking Ocean Cruises are similar in size and scope to Crystal Serenity (1,070 passengers) and Crystal Symphony (940 passengers) from Crystal Cruises. It’s not yet known if Viking plans to offer an all-inclusive experience like many of the other luxury lines—including Regent Seven Seas Cruises, which offers a completely inclusive cruise fare—or if it will take a more a la carte approach to wine and spirits as well as land-based excursions.

While the shipyard readies itself for this huge project, Viking Ocean Cruises is busy carefully crafting its inaugural itineraries that will be announced once construction is fully underway. Viking will take delivery of one ship in late 2014 and the second at the end of 2015.

It’s interesting to note that Hagen was at one time the CEO of the wildly successful Royal Viking Line that ruled the cruise industry between 1972 and 1998. It went through a series of corporate owners before being dissolved in the late nineties. It looks like Hagen has set his sights on reclaiming the glory days of Royal Viking Line with the newly formed Viking Ocean Cruises.