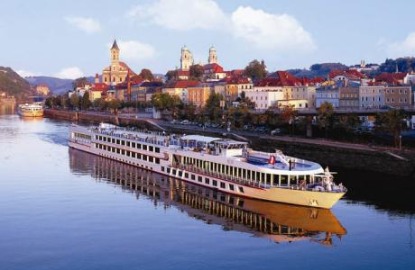 The world’s premier river cruise company, Viking River Cruises, will invoke its inner Norse conqueror as it commemorates the line’s 15th anniversary year with an aggressive expansion campaign. Not only will they be launching six new ships on European rivers by August, but they’re completely revamping their Russian vessels to boot. In addition, Viking is offering early booking discounts which allow travelers to save with 2-for-1 pricing for certain itineraries through February 29, 2012. Here’s a rundown for what you can expect to see from Viking in the months ahead.

The cruise line is rolling out six new state-of-the-art ships in 2012 (with four more in the pipeline, slated to debut by 2014), a nod to the ever-increasing customer demand in the European cruise market. The first of the line’s Viking Longships are due to debut in March 2012, when the Viking Freya, Viking Idun, Viking Njord, and Viking Odin will be unveiled; the Viking Embla is set to follow up in July, with the Viking Aegir joining in August. (Curious about the names? They’re borrowed from Norse mythological characters.)

The 190-passenger vessels will feature tech-savvy design elements (from the same architectural firm that’s behind the sleek Yachts of Seabourn and Disney Dream) and spacious staterooms (including what they’re billing as the largest European riverboat suites), most of which come with a private veranda and/or French balcony.

Details: The ships will offer popular 7- to 14-night itineraries on popular European waterways; rates start at $1,656/person and include extras like daily guided shore excursions, free Wi-Fi, and select beverages (including wine – plus, beer and soft drinks, new for 2012).

Viking is also planning a full bow-to-stern revamp of its Russian river cruise fleet. Additionally, they’ll be adding itinerary enhancements, and have launched a brand-new section of their website dedicated to inspiring travelers to discover "the real Russia" via a series of video "webisodes". Onboard, expect larger staterooms (many which will be outfitted with private verandas) and renovated common areas – both indoors and on the deck – set to feature Viking’s signature Scandinavian design. Following the transformations, the ships will be renamed Viking Rurik, Viking Helgi, Viking Ingvar and Viking Truvor.

Details: Rates on 7- to 12-night Russian sailings start at $2,088/person and include all of the extras cited above.