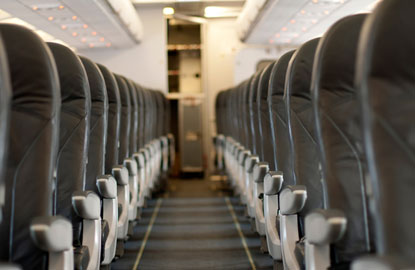 Budget airline VietJetAir got into some trouble with officials this week when, in celebration of its new service from Ho Chi Minh City to Nha Trang, it treated passengers on the inaugural flights to a "sexy Hawaii dance" by beautiful young women dressed in bikinis and sarongs who the airline stated were flight attendants.

And to think, ‘entertainment’ on most airlines I fly is a Nicholas Sparks movie.

The women performed their dance and passed out souvenir teddy bears to passengers. (The teddy bears thing confused us, too.) While photos on the VietJetAir site show a VERY appreciative group of passengers, Vietnamese officials were not so thrilled. According to a report on Vietnamnet.net, the Civil Aviation Administration of Vietnam levied a VND 20 million ($960 USD) fine on the airline for "organizing [an] unapproved show on a plane." Passengers had recorded the show on camera phones, but since the plane was at cruising altitude, and the phones were used in movie mode only, there was no violation of aviation safety regulations, according to the article.

Well, unless you count sexiness a safety issue.